After yesterday’s boon day, it was going to be hard to better it.

But we headed out with high hopes, after all the alternative was mowing the lawn. I’ve always thought if I wanted to mow lawns, I’d have become a green keeper at a golf club, rather than a picture maker.

Found Lockie and Primrose around the park entrance track, and saw a fleeting glimpse of a male Flame Robin but couldn’t get anywhere near it to identify or photograph.
Then a lot of sitting in the sun. Which was nice.  But no birds.

The Scarlet pair are conspicuous by their absence with no loud carolling through the treetops, so I must admit with a small degree of sadness that they have moved on and won’t be staying over to colour up the park with their cheery appearance and happy call.

Our stay over families of Flames are now definitely gone.  No sign of them anywhere today, and we could always count on hearing their clippy little chants.  What we’ve got instead are the calls of a couple of Horsfields Cuckoos and at least one Fantail Cuckoo.
So with the backpaddock still well and truly locked, and the Bandicoots enjoying a very nicely prepared new residence and hopefully the foxes all contained and the echidnas trained not to exit the fence with out permission, our best bet lay in looking for some new areas. And we set out for a bit of an explore.

As it happens we pulled up in the sunshine on  a log to enjoy a cuppa, and a little brown/red streak zoomed past.  We followed its path into a tree, and then multiple branch jumping, and zig-zaging through the branches, we noted it to be a female Red-capped Robin.  “She has a nest”, I confidently announced.   (having seen that sort of behaviour on more than one occasion.)

A few seconds later, and she was busy putting in a new layer on the edge, tidying things up a bit, re-arranging the kitchen, hanging curtains and setting up the entertainment area.  (no only kidding, she’s a bird).

Her mate, Alec, turned up, and he and Emma, (that’s her new name,) both inspected the work in progress, and with the usual nest twittering, approved the operation, and she got on with attaching even more extensions.  He hunted, and no doubt shared some food with her, but I didn’t see that, as it happened behind another thick wattle tree, and I could only hear the twittering.

So, here she is in all her splendour at home. We’ll not go over that way for a few weeks, so it will be interesting to see how well she fares.   I mostly try to work out where the nests are so I can stay away from the area and give her the privacy she so deservers. Hope it all goes well.

While it looks like a pretty secure home, it’s not until you see her wiggling and jiggling to get it to fit her body, that you appreciate how really fragile it all is. Still it seems to work. 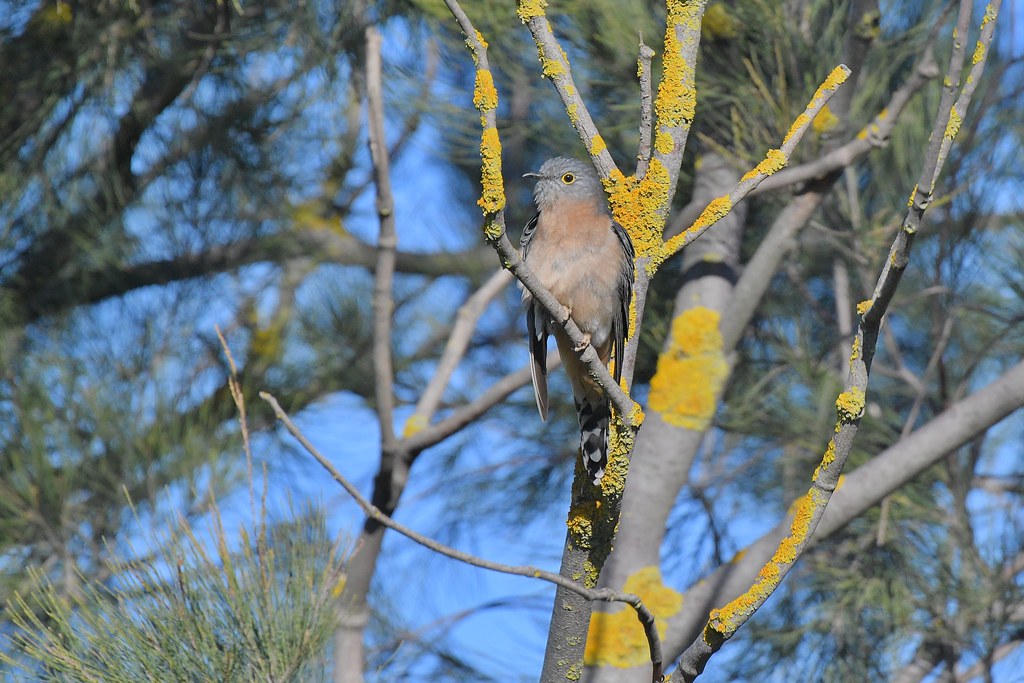 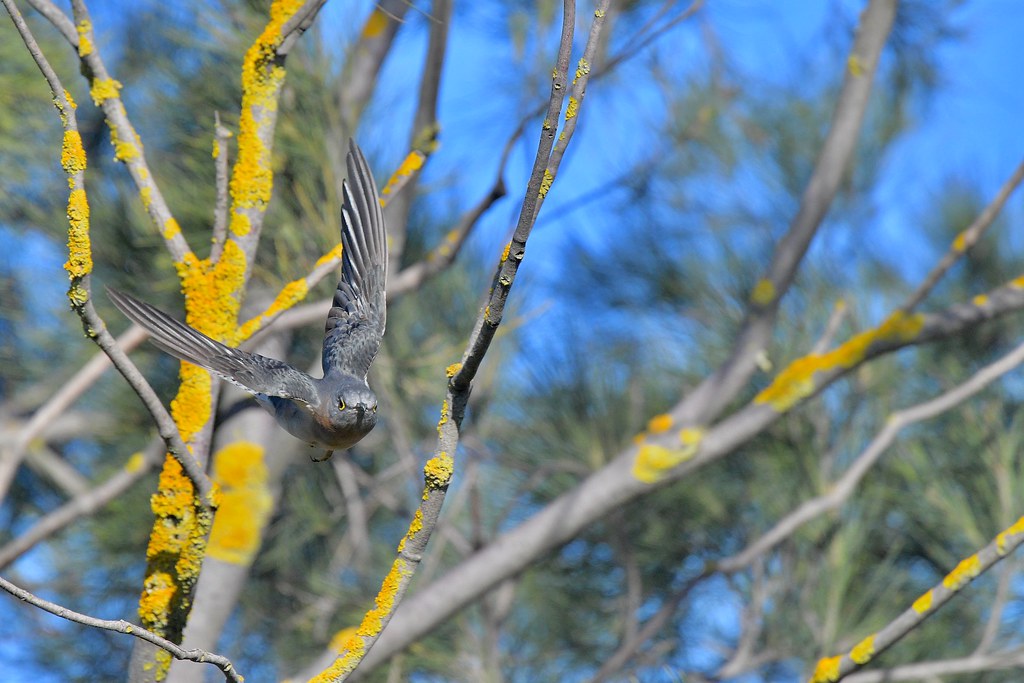 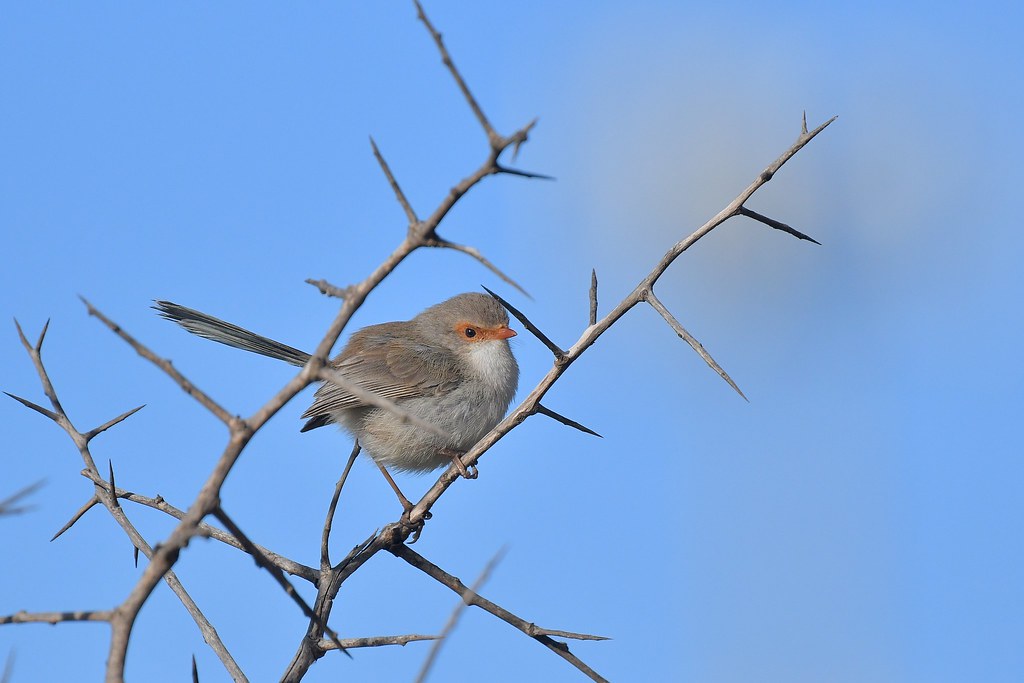 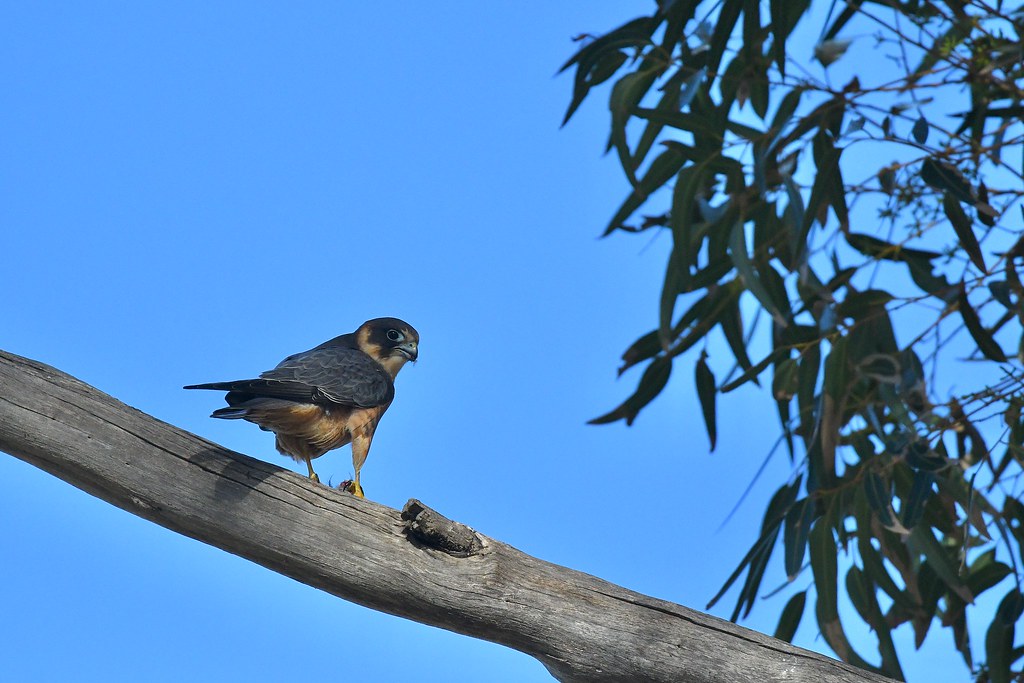 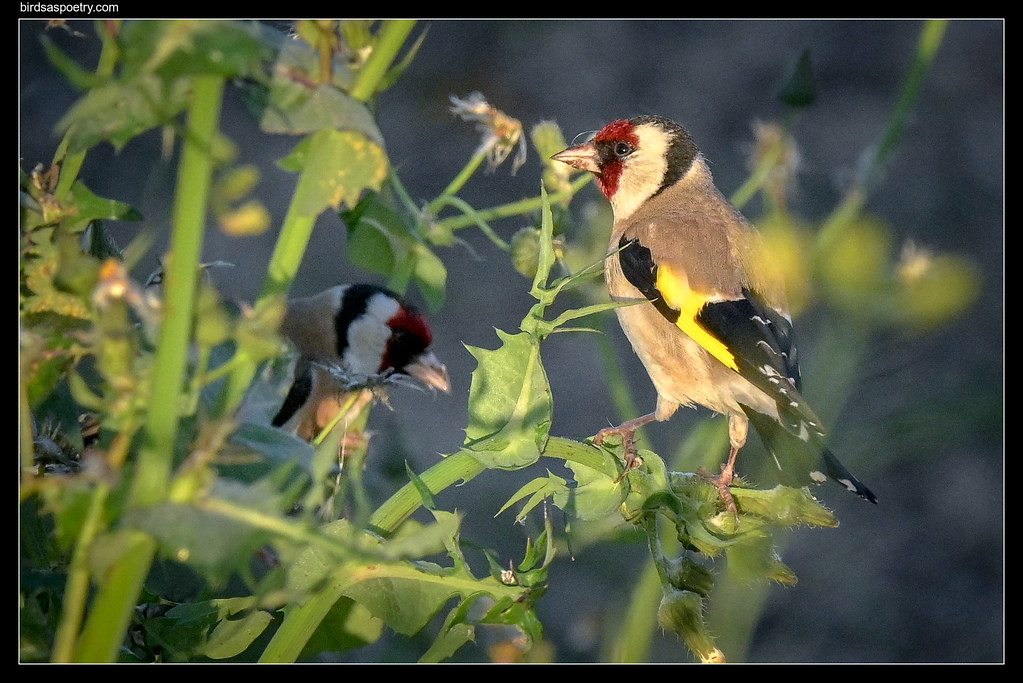 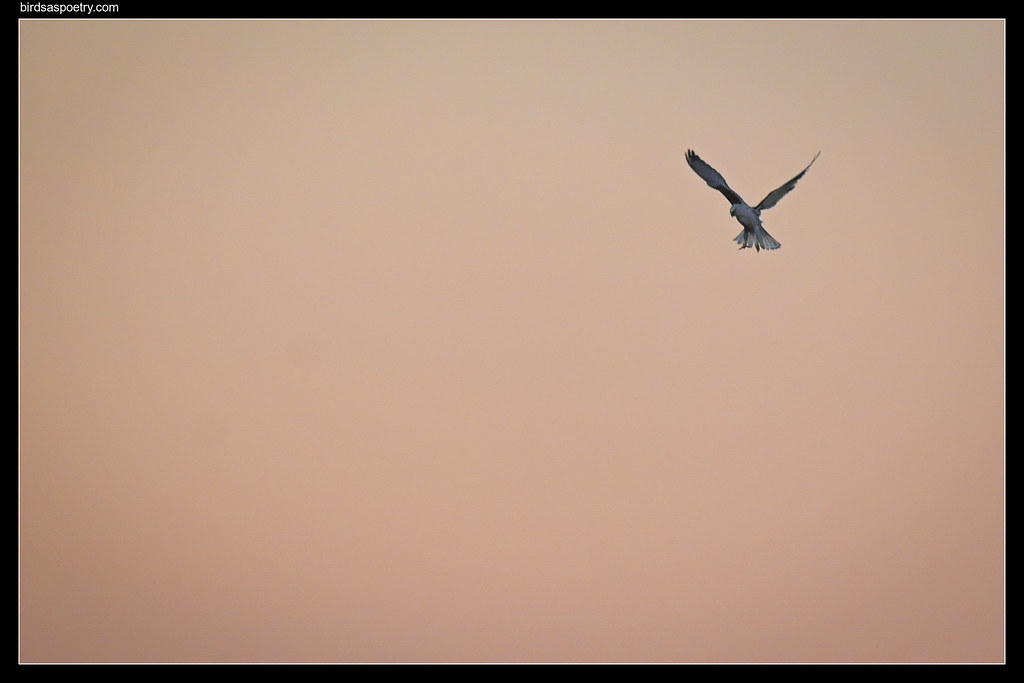 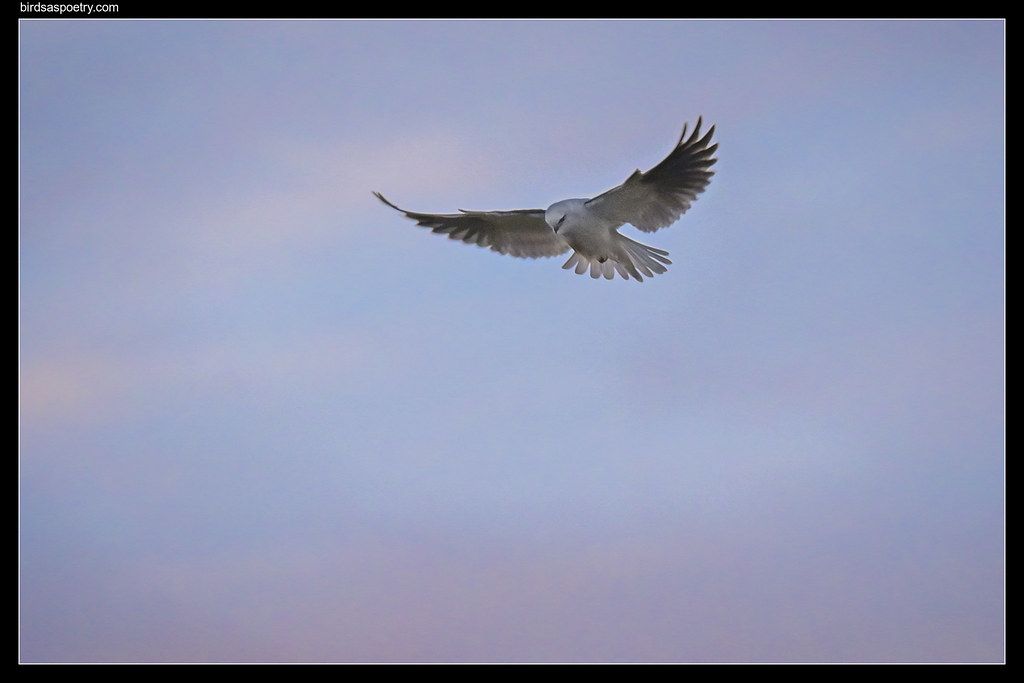 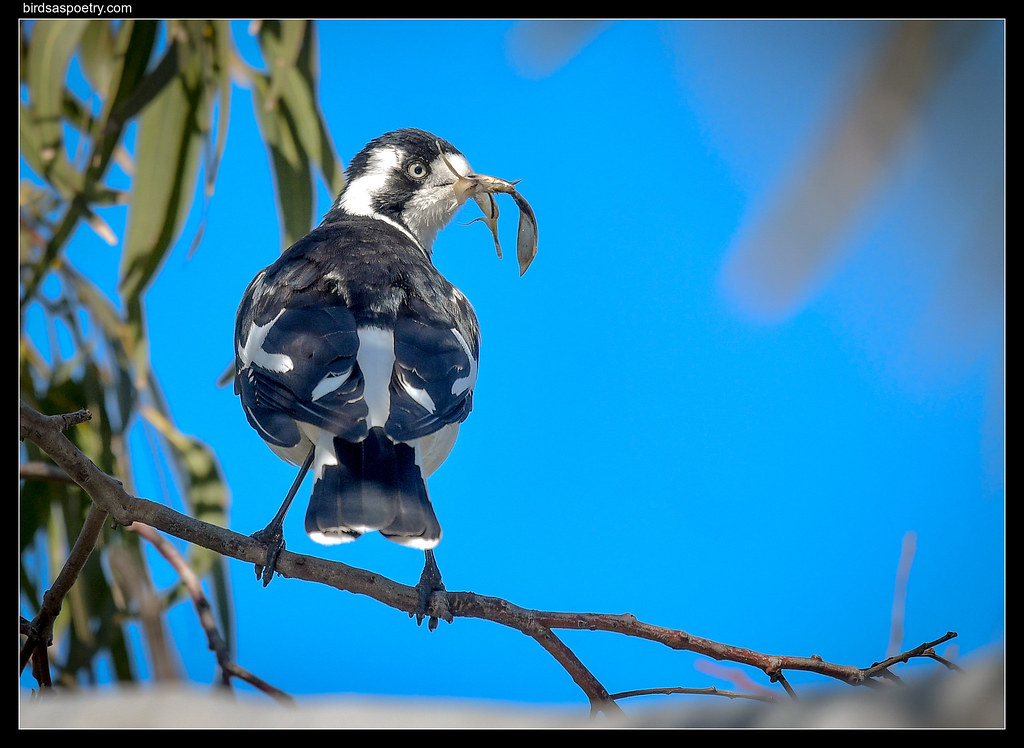