Its been awhile since we’ve really been out and about.  The weather has been anything but kind.

So given the options we drove out the gate, turned left and ended up at the You Yangs this morning.

Among other things found a Crested Shrike-tit hard at work looking for a tasty breakfast.

And given the new look on the site, I’ll put up the photos and let them explain.

Think the new wide layout makes the photos cool, but I can’t figure out the spacing.

No, you’ve not missed something.
Change is as they say in the wind.

I’ve had to abandon the old (outdated, outmoded), template that I’ve been using since way back before when.

And pick a new one.
Several hours and I’ve managed to get this far. But,  it didn’t take to kindly to all my side bar side shows and has unceremoniously dumped them all down rather inelegantly at the bottom of the page.

So more work for the poor old site operator. (me!)

In the meantime you get slightly bigger images and not so much junk to wade through and somewhere all the header are a lurking.  We’ll find them.

Took an unexpected turn and ended up at the Point Cook Coastal Park.  We had planned to have lunch at the Homestead Cafe. But.  Its closed.  Until further notice.

So we grabbed the cameras and headed for the beach.

Down by the pylons of the old jetty a Pacific Gull pair were stationed bobbing up and down in the waves.  Then with a leap, they would duck under the water and emerge with a crab dinner.

These shots are not one sequence but the best from about 15 mins of watching them at work. 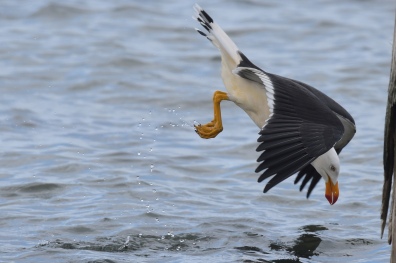 Well pleased as the squiggly bits go down.

Have you seen the weather details, she said!

I suppose i could have said, “Which Part?”, but when EE asks those sort of questions, the only right answer is.

“Well it looks pretty ugly, and 90% chance of rain, and high winds, but why don’t we go out anyway, if it really is dreadful we can come home early”.

“Thought you’d never ask”, she replies and whisks away to change into suitable attire

I load the car with cameras, (see other posts as to why this is ESSENTIAL survival gear). a cuppa and of course the rain jackets. Good old Driazabone. Where would be we without them.

Long Forest was the agreed destination mostly because Len had sent some pics of a Red-capped Male, and it seemed a likely place to start given my beloved Woodlands is somewhat out of bounds of late.

To its credit the weather opened up to some fine sunshine, a bit of cool overcast and no wind.  Who writes those weather forecasts???

Arriving at Happy Valley Carpark, the name lifts our spirits straight away, I point gleefully to a clump of loose branches that featured in one of Len’s fotos.  “He should be perching on that branch there any moment offered, “I.

“There he is on the roadway,” she replied.  Oh!

And indeed this handsome little red/black and white carpark monitor was indeed out and about.  Landing on the table practically right next to me before I’d even figured out which end of the camera to point.

However we obviously bored him very quickly and he was gone.   We set out to walk toward the River.    Not a lot of birds, but have to say I was looking at some worked over leaf litter on the ground and immediately thought “White-winged Choughs”,and sure enough within a few minutes the welcoming cry of the clan rang through the forest.  We didn’t get a great look,but its another reason to return.

A Kestrel on the power lines on the way in. This is a male, the grey-head looks amazing. The first male I’ve seen this season.

Carpark Monitor. This lovely bird seems to have no fear of interacting with the human kind

The piping call of these birds is always a call to a photo challenge. White-throated Treecreeper deciding where to jump to next. 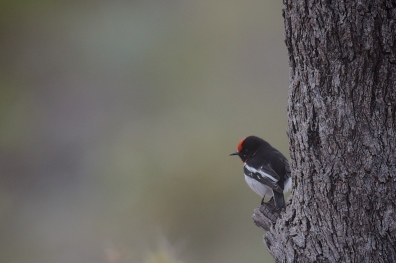 A bird of this elegance demand a perch all his own. This little stump seems just right for his view of his kingdom

When you are as bashful as this lass, a distant photo is as good as it gets 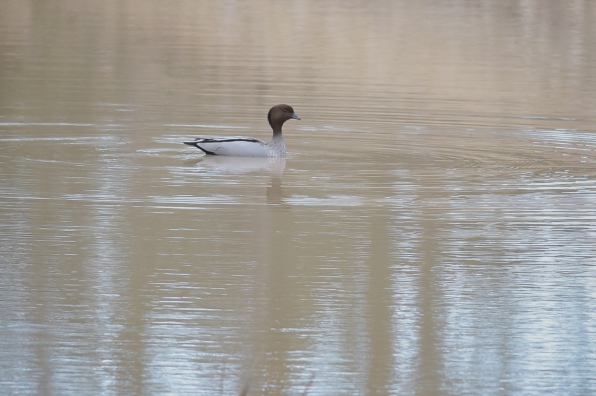 There is a huge dam in the area, and just one Wood Duck to enjoy it. 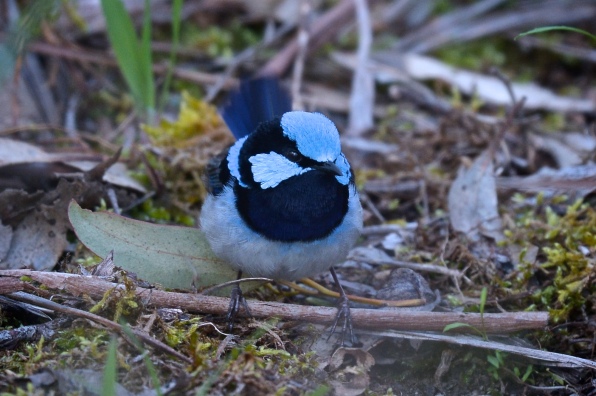 All coloured up and already bossing about a small clan of helpers.

Melton Environment Group are a super bunch of community spirited people working on some great projects with significant value.

Rather than me ramble, here is their blog address.
If you are travelling out the Melton way, check them out to see what is happening.

We’ve been sitting in our mobile hide (the little i20), near a tree that has a Black-shouldered Kite nest and the female in residence.
As is typical of her species, the nest is just below tree top and hidden well in among the fine uppermost branches.  Once she is under the canopy she is gone!

He off course is on hunting duty, and every so often turns up with a nice fresh mouse.   So all we have to do is point the camera, (attached, I might add to the WImberley Gimbal head), and wait either for him to arrive and/or her to emerge or reenter.
Now, if you’ve ever watched them, the first thing you’ll recall is that it can be a long long long time inbetween feeds.

Sometimes even she gets a bit anxious and sends out some pretty interesting Kite calls just to make sure he gets the message.
So we wait.

And of course in the waiting is the challenge.   So we, well at least I, keep the shorter 300mm f4 PF on a second camera and practice my flight shots on anything that spins past.

So here are a few from the other day.

Oh, and Mr Grey-head just had to come and see what I was upto. 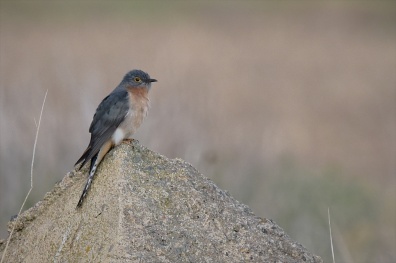 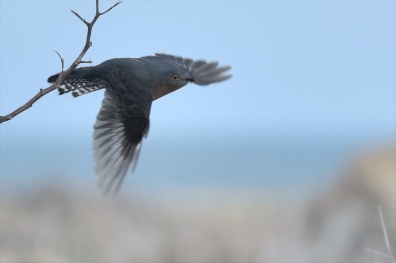 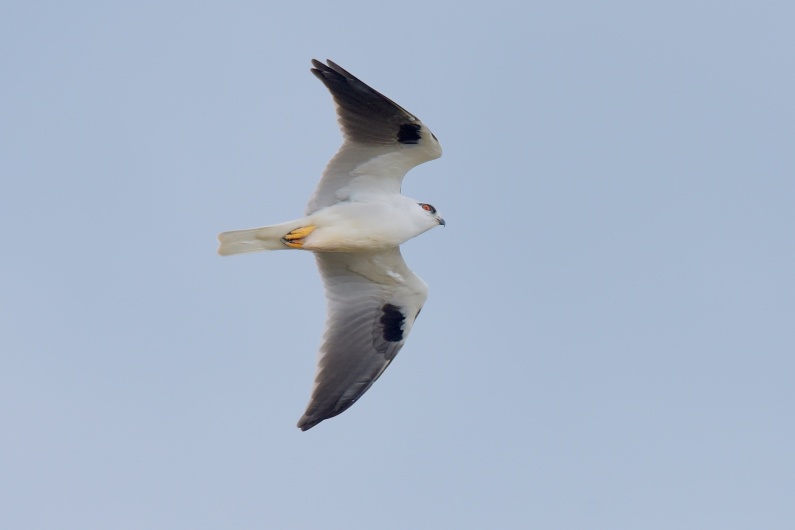 The male on a mission. He has been told in no uncertain terms what the requirements for a snack are.

Crested Pigeon on the wing

Had a spot of sunshine to brighten up the day