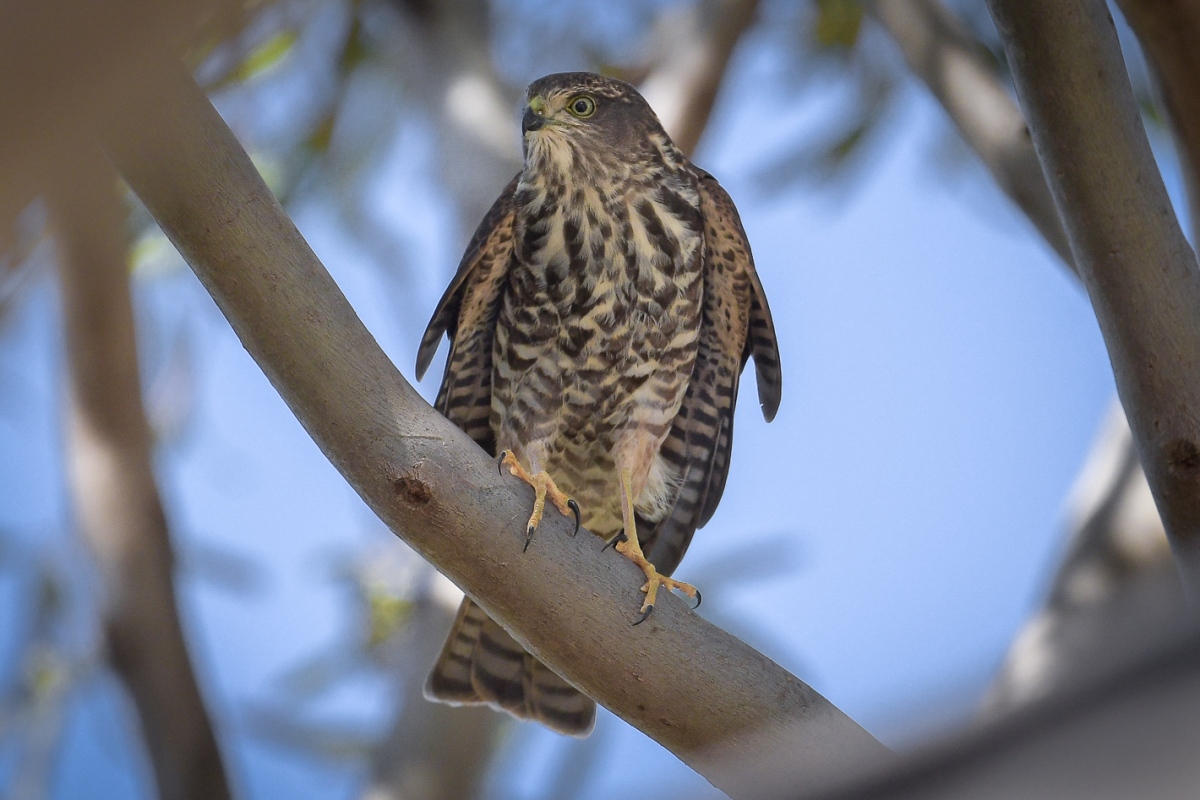 When I first became interested in photographing birds, and I knowingly told myself “How easy will this be!’, one of the first books I acquired was written by Australian doctor, David Hollands, titled, “Eagles, Hawks and Falcons of Australia“.
My copy is getting somewhat dilapidated from use, but I learned several important lessons from that book.
The photos all would have been shot on ‘filum’, and no doubt most with manual focus lenses.  Or perhaps autofocus that was a precursor to the algorithms in our modern slick digital cameras.
The second thing was a very thorough field guide in the back that had great info on id of birds.
The third thing was the stories he wrote of encounters and searches for the raptors across Australia.
And, the fourth thing was the empathetic, glowing way that he described those encounters.  A style that I have tried, in a humble way, to emulate in the stories that roll of the press here in BirdsasPoetry.

David had released a new book.  Not an update or revision, but a new book. “Birds of Prey of Australia”
My copy turned up this week.
Now this is not a book review nor an encouragement to rush out and buy the book, that is not what happens on my blog.

The new book has new photos, new stories and is quite different in size and weight to the previous book.  Infact it’s over 700 pages and would keep the average table quite secure if it was sitting on it and a hurricane tore through the house 😉

Some of the stories are quite interesting to me, as they tell of the same encounters with the same birds we have experienced.
He tells of an Osprey that visited for awhile out of its normal territory.  Many will recall Eloise who gave many a heart turn to those of us on the Werribee River about the same time
He also recounts the iteration of around 40 Black-shouldered Kites behind Avalon Airport a couple of years ago.  Photographing so many Kites in the mist is a memorable experience.
And finally his recent encounters with a family of Australian Hobbys as they grew up on a golfclub fairway.

There is also a full page of a Brown Falcon at WTP, and I’m pretty confident from the markings that I’ve featured that bird several times here and on Flickr.  Search here for “My Kitchen Rules”

There is so much in his writing  that I pause and say, “Oh, yes, I’ve seen just that exact behaviour and wondered about it.” It’s like sitting having a fireside chat and being able to part of the discussion.

Here is the cover.

And a page spread of the Brahminy Kite a bird that I would dearly love to photograph.  I also turned over the dustjacket flap as there is a small shot of David sitting alongside an Osprey as it enjoys its meal.  Fascinating.

We went back for another morning with the young Collared Sparrowhawks.  We might have guessed that the previous few days flying about would come to an end.
It did.
Instead we found them among the pines in the carpark playing what can only be described as “Hide and Seek”.  No doubt I’ve got it wrong, but it seemed that the object of the exercise was two-fold.  One.  Learn to sit quietly and still in the tree so noone can see you, and Two. Learn to search through the trees to find a prey sitting quietly and still to be avoided.
Once discovered there were the usual screams of delight and defeat, both birds would fly out and about and resume the game.  I’ve no idea if they changed places from hunter to hunted.

Finding a Sparrowhawk sitting in a tree is an art that even EE baulks at.  So without that superwoman power, the rest of us are ‘outtaluck’.

I was searching for ten or fifteen minutes through the trees when the game change-over occurred and this bird dropped into the tree in front of me. I moved a few steps and was able to get a clear shot as it settled into its wait and see mode.
The softer light filtering through the tree enabled a great look at the three main features of distinguishing a Sparrowhawk from a Goshawk.
The ‘stare’ rather than ‘beetle-brow look’, the longer middle toe, and the square-tail.

The light also melded well over the form and shape to give the bird a real presence, even if it wanted to be inconspicuous. 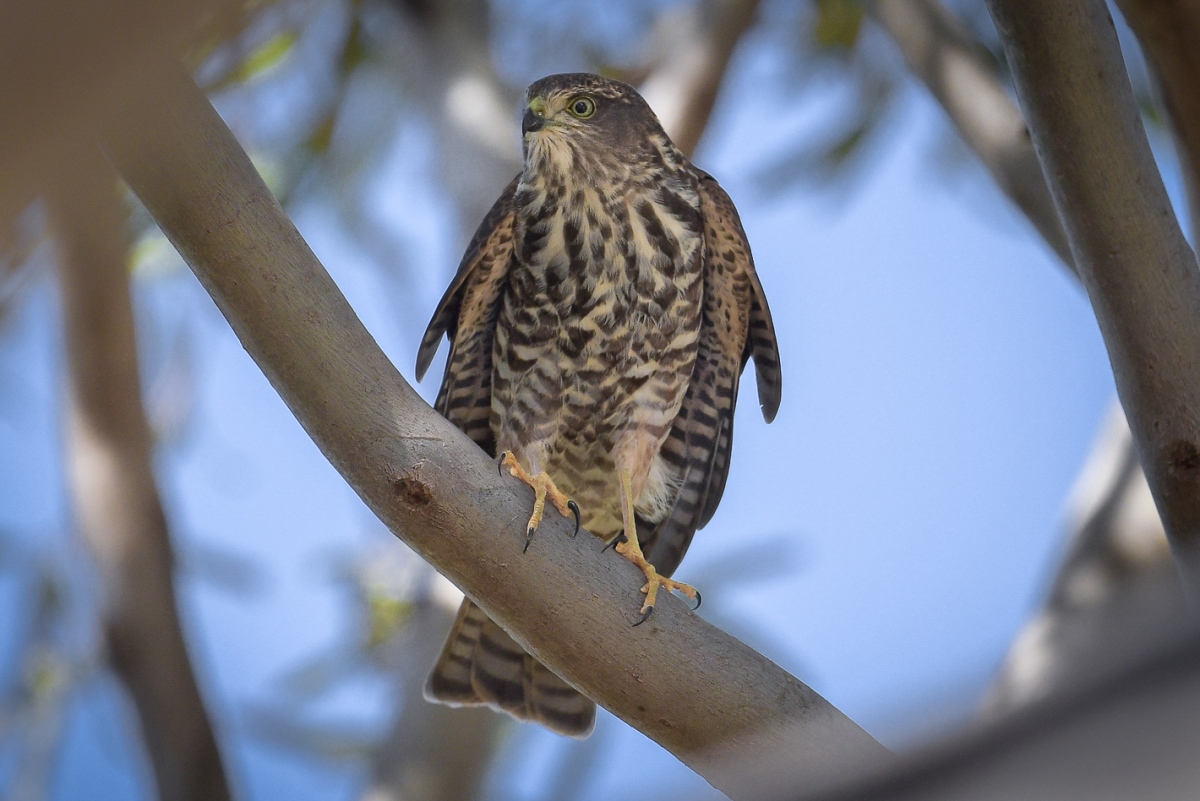