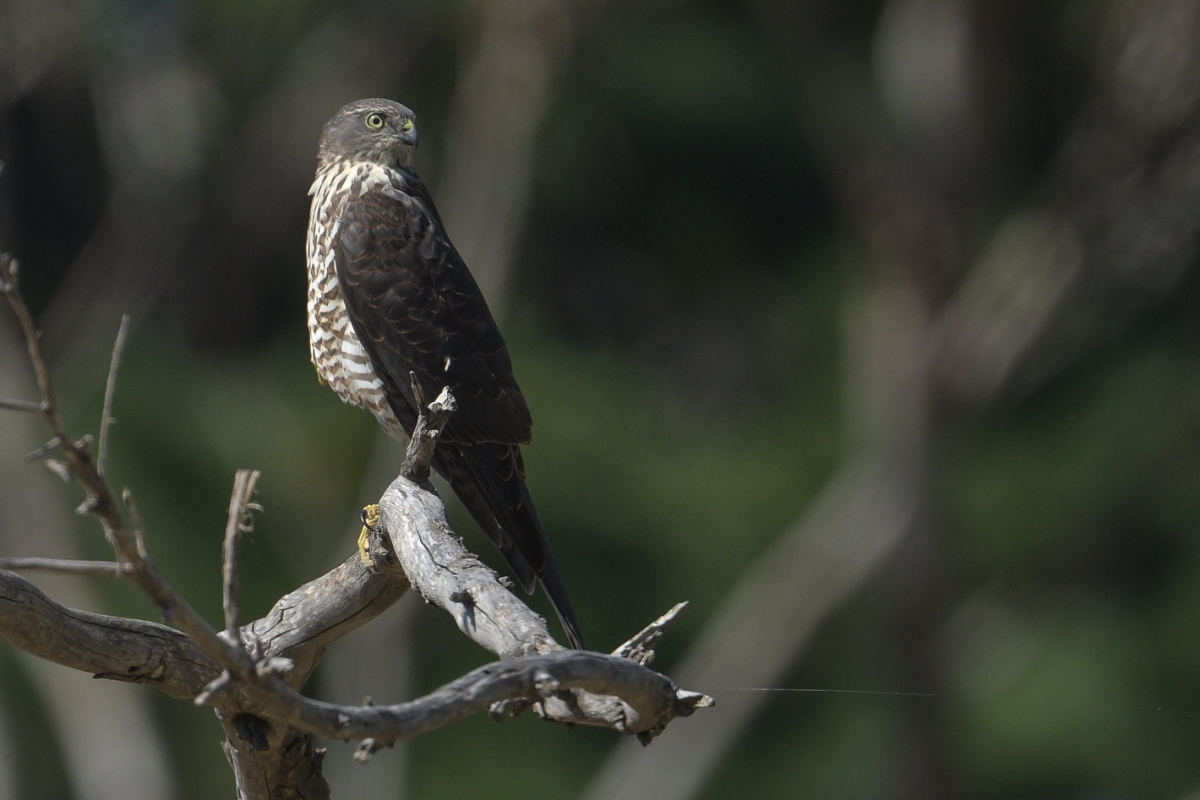 While many of us have been indulging in a self-imposed “Shadow Lockdown”, mother Collared Sparrowhawk has been busy increasing the Sparrowhawk population.

A few weeks back when we were at the height of working with Cassia, of Cinnamon’s three young Brown Falcons, we regularly  caught sight of a Sparrowhawk running food deliveries to its young.   Now about four weeks later, three young Sparrowhawks are out and about.

Mr An Onymous had given me a heads-up that they were out, as he visited the area a few days back.   We had other plans for the day, but it was such perfect beach weather that we abandoned them and headed out to see what we could find.  We left early morning to arrive in the cool of the day, and also figured that would be the most obvious feeding time.

The young were very much mobile and quite vocal.  So they are not yet much of a threat to the local birds. Although we did see them catching dragonflies from time to time.

Long term blog followers will know that I’ve been guilty of taking— as someone said, “great liberties with raptors”. (In my defence it is always when I’m invited by the bird), however to set the record straight,  Sparrowhawks and Goshawks are a different matter.  They are the birds that I am most wary of.  Several reasons.  1. They are quite bad-tempered.  2. They have quite short tolerance times. 3. They hunt by stealth and are silent in their approach. 4. They are stealth hunters and slip between trees and branches with an ease that can be a bit disconcerting to watch. 5.  They have long thin dangly bits hanging off the bottom which can be used with surgical precision to snatch at prey and anything they have taken a dislike to.

I’ve been harassed by a number of raptors over the years, mostly my fault, but these dudes turn it into a sustained attack.  Now mostly that has been because foolishly I’ve stumbled close into a nesting area, and so I don’t blame them, but I can take the warning, should it ever be given.  It’s not!

These young birds are different.  They are out for fun and games.  Serious no doubt, but they seem to enjoy it none-the-less.  They spent the morning chasing Wattlebirds, pigeons and Magpies, had altercations with Black-shouldered Kites and with no respect for elders even bailed up Cassia.

We also saw an adult come into feed.  Regrettably I followed the wrong bird in the viewfinder and missed the pass, but ever-reliable EE nailed it.  So we’ve included a shot from her friendsoftheair account.    When you have a choice of 4 birds all filling the sky, which one would you follow?? Oh well! 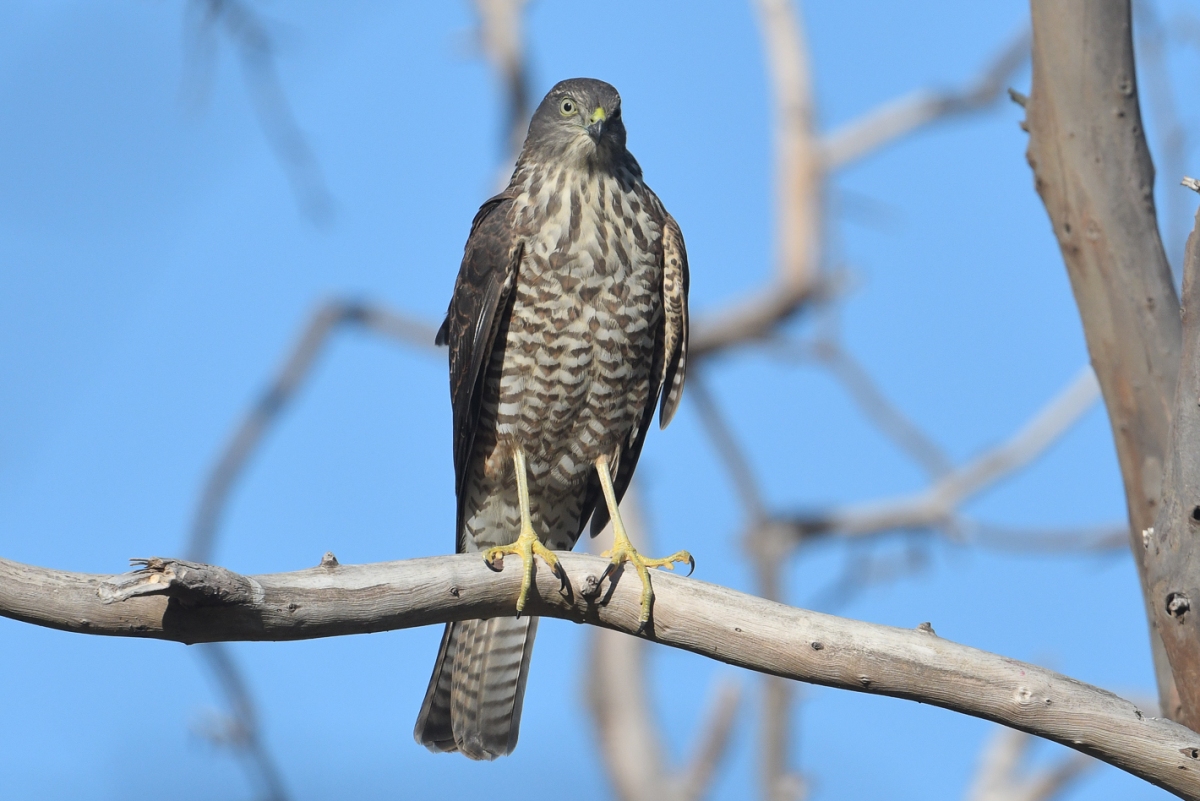 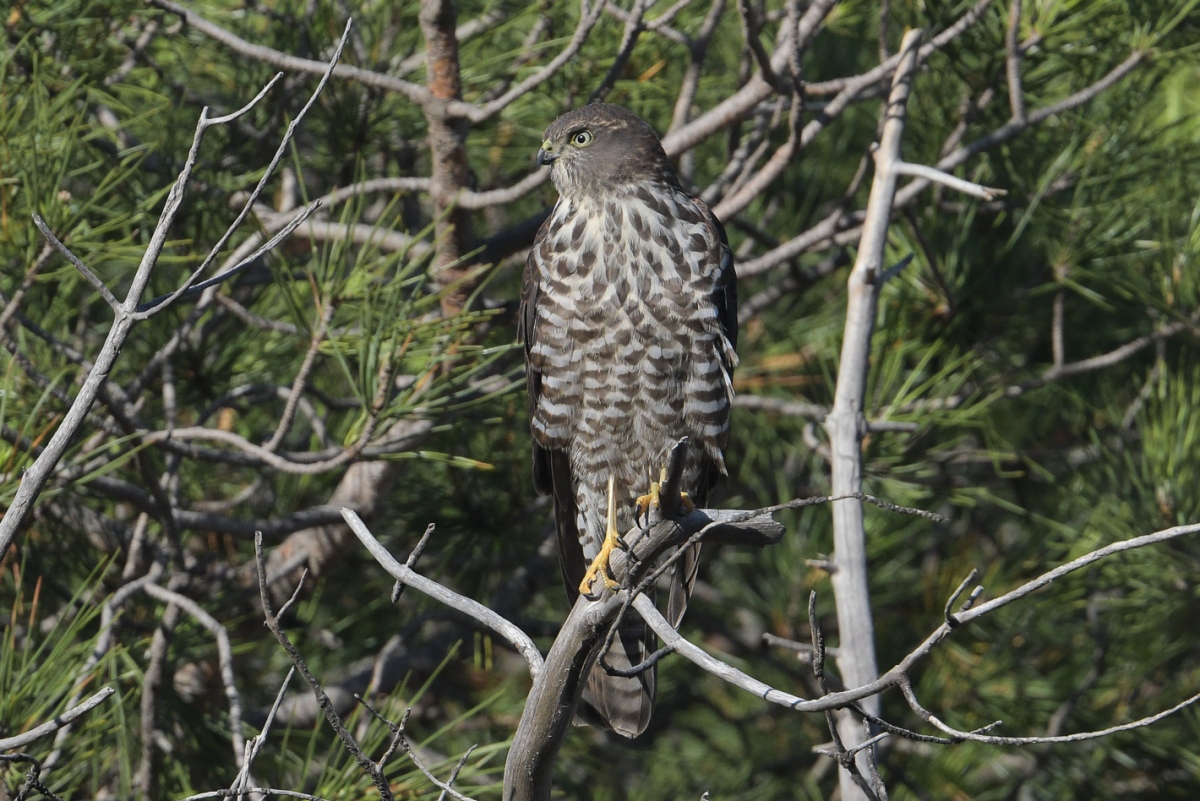 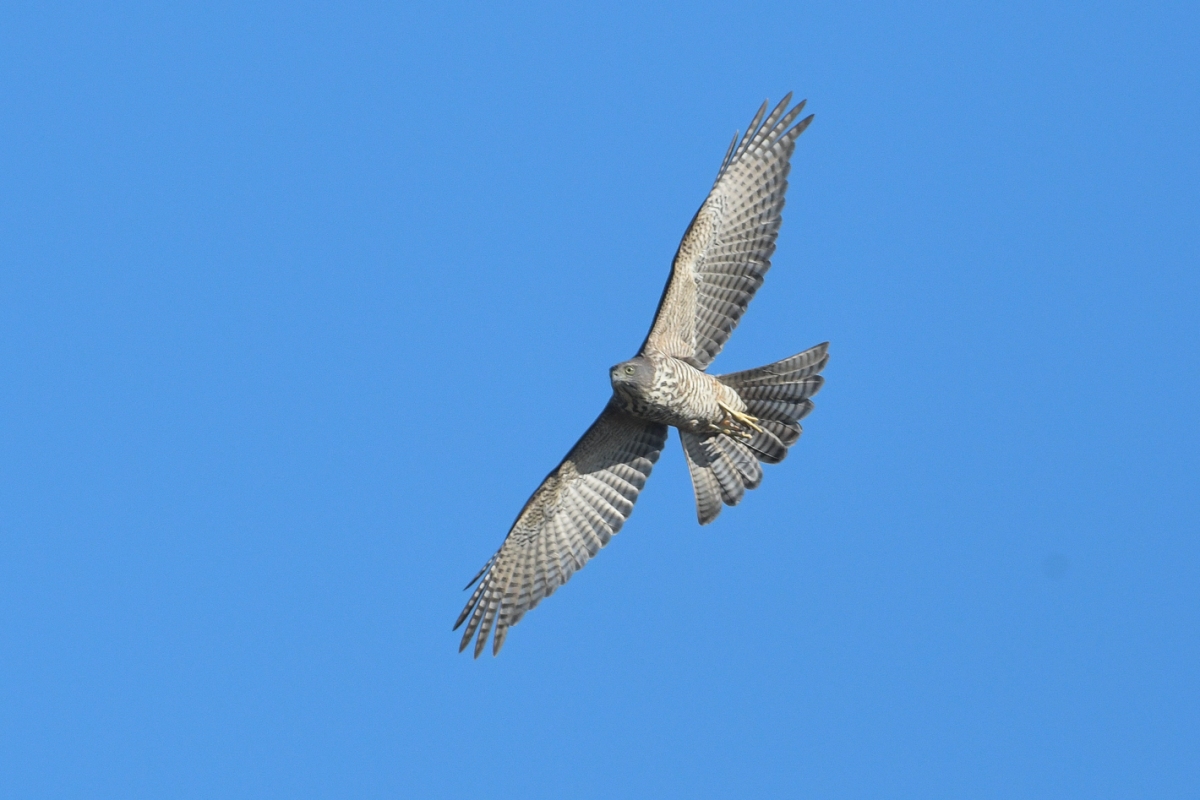 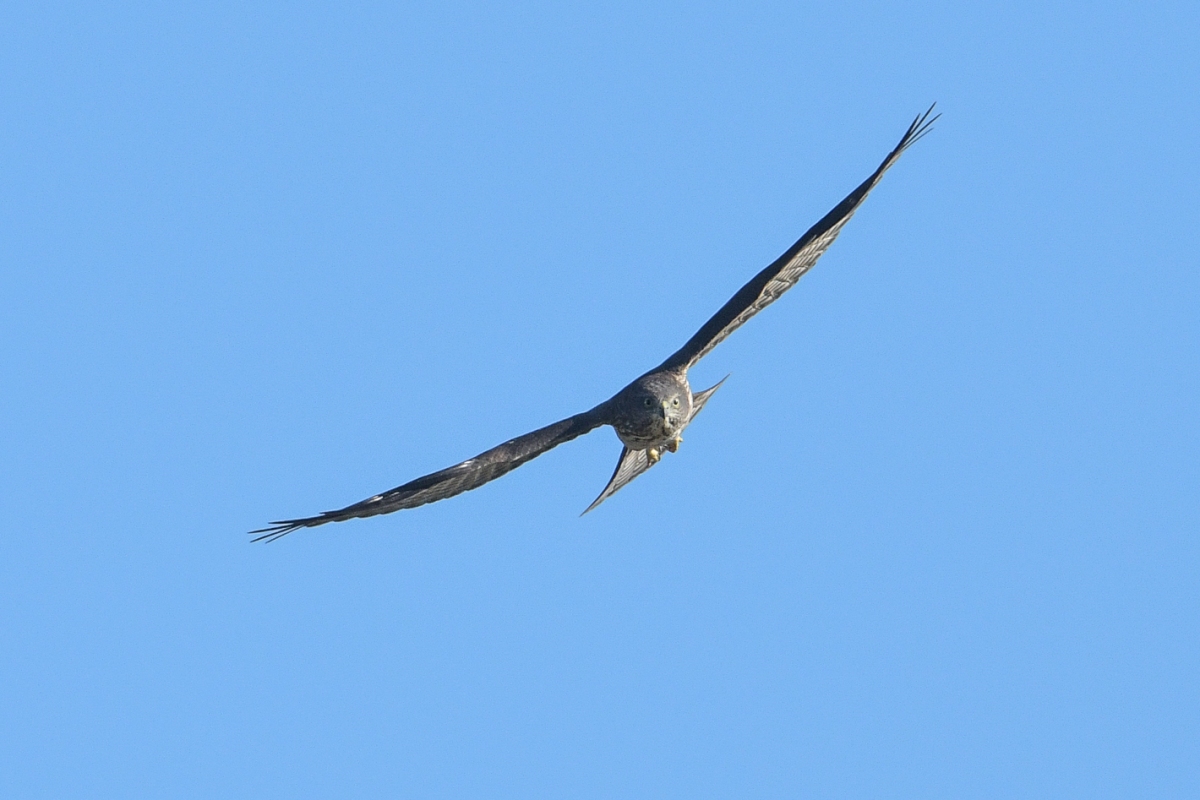 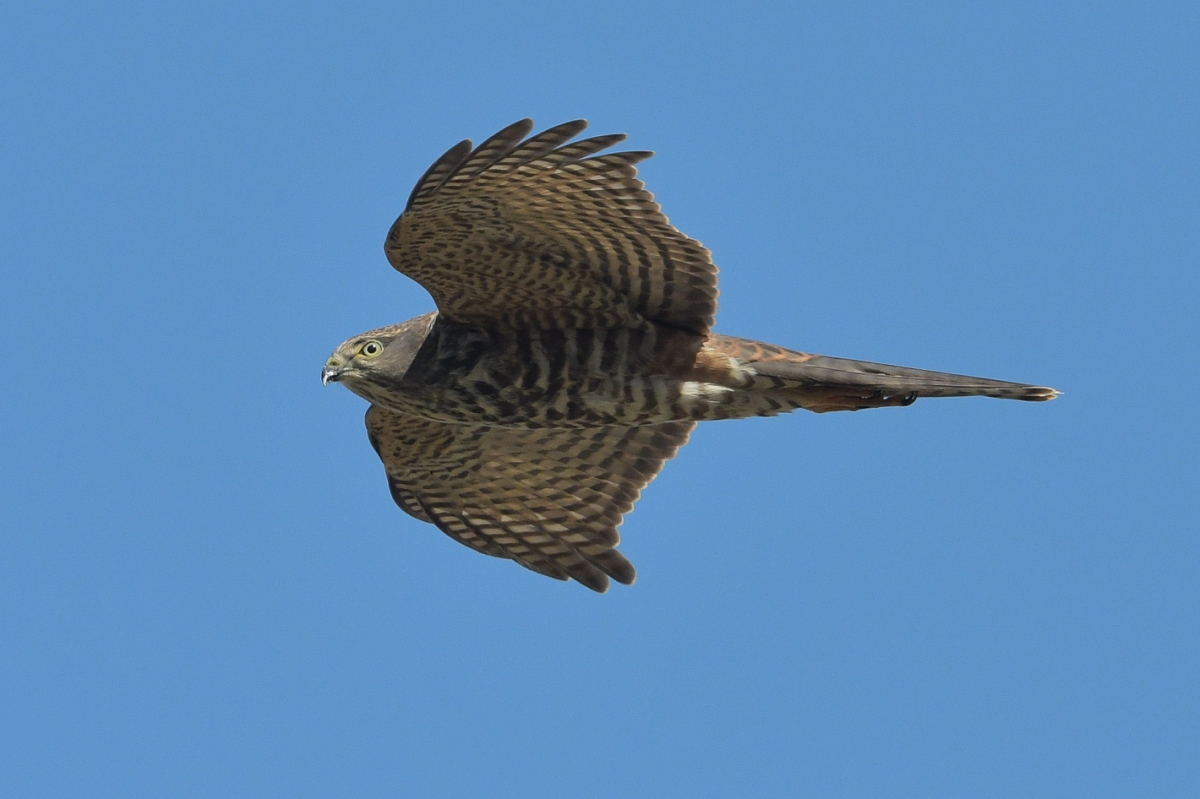 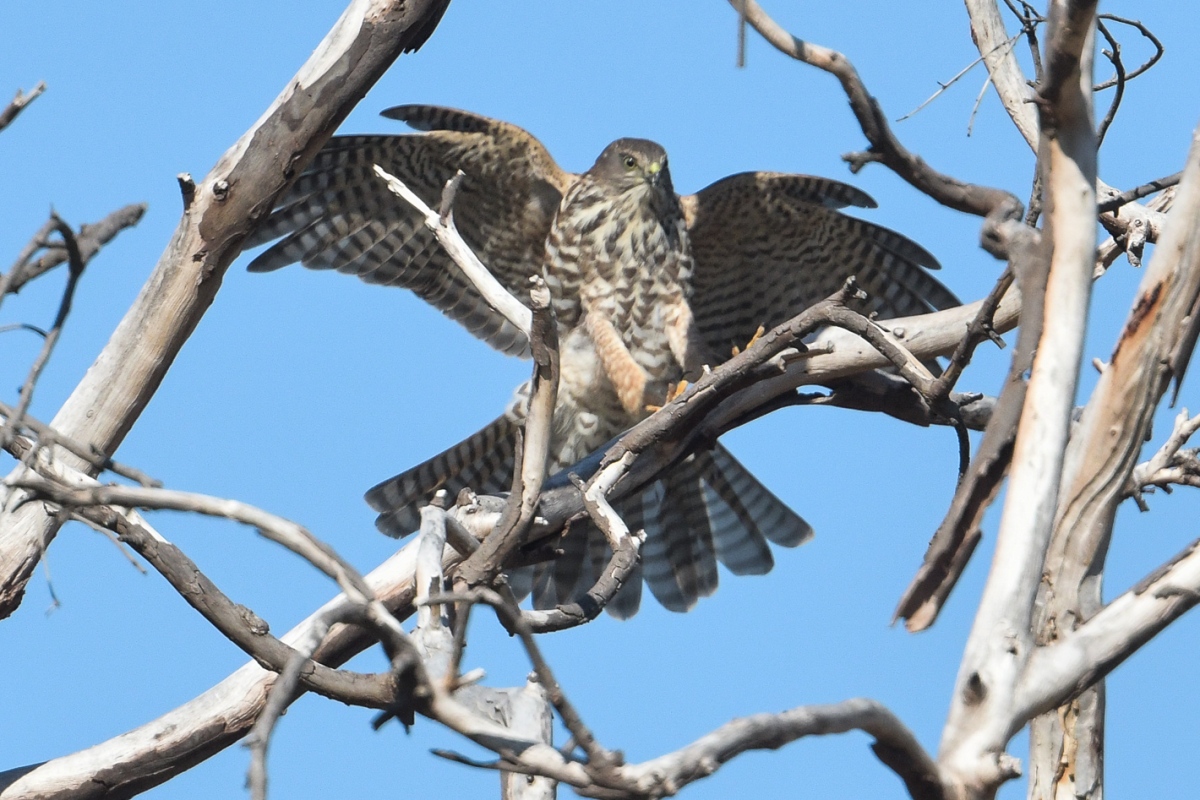