Yogi Berra, a baseball coach for the New York Mets was famous for his ‘apparent’ contradictive language. Malapropisms and the like
“It ain’t over till it’s over”.
Giving directions on how to travel to a location, “When you come to a fork in the road, take it.”
“You can observe a lot, by watching.”

We were down near the old nest site of Cassia-of Cinammon, and her young, now long abandoned, as the young have been on the wing the best of three months.

When on a sudden across the paddock a brown form came ‘rowing’ toward us.

What makes this memorable moment, is not that it’s a Brown Falcon, nor that it’s about to take off, nor that I managed some sunlight, nor get about the right exposure.

It’s probably going to go down a one of my most heartwarming shots of the year, and so it has more to do with the moment than simply pressing the shutter.

The bird was one of the young Browns from the season. While Mum and Dad seem to have moved their winter territories, this young one has stayed on in the area.  Those who bravely follow the blog will have seen several shots of the bird as it’s been growing up.

What made it special for me is that the bird landed on the top of a tree, and not just any tree.

A tree that Cassia had used repeatedly over the season. From this tree she could keep a lookout over her nest, and its special inhabitants.

Seeing her strong young gun sitting on the same tree, gazing, as Browns do, just like its mother, made me think of Yogi’s Deja Vu quote.

Now, with a full set of tail feathers and much of the orange of youth has been replaced by more common straw.  It sat on the tree for a few minutes, and then because of the strong wind, it simply raised the wings and drifted off the tree and dived through the scrub and was away at a fearsome pace.  Low level, stealth-fighter like. 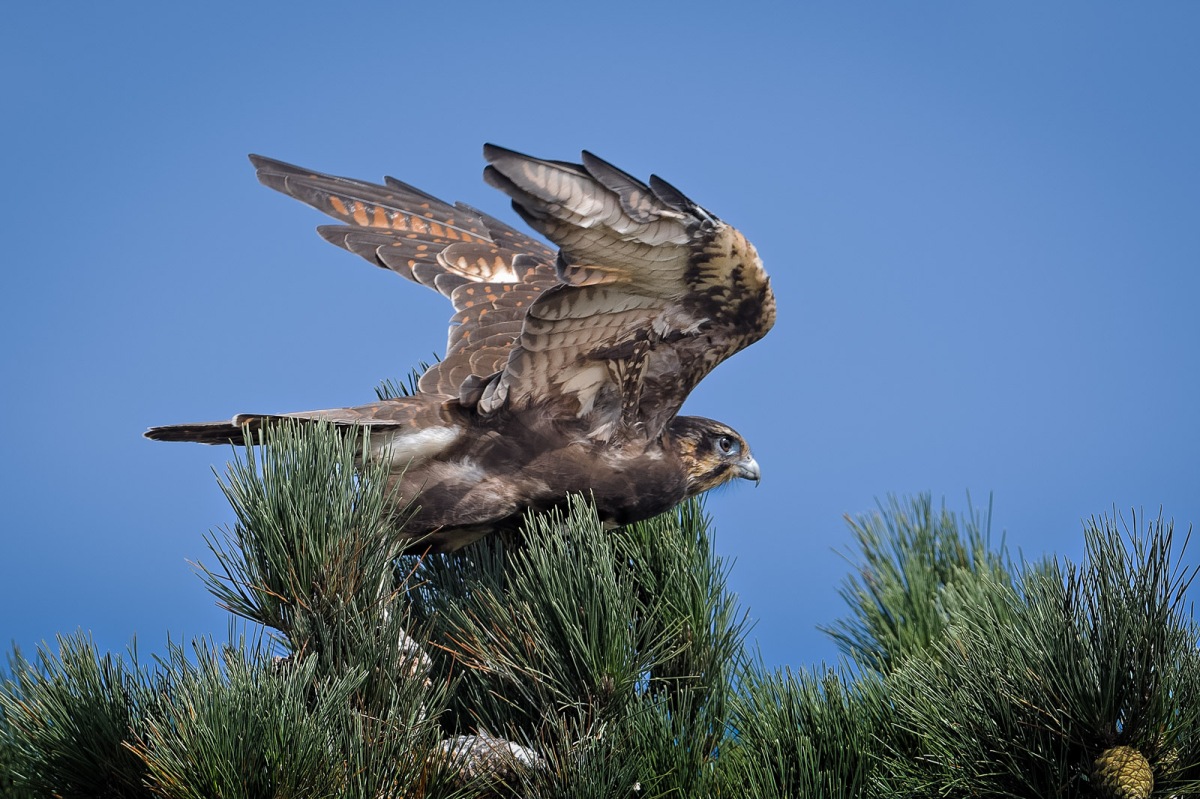