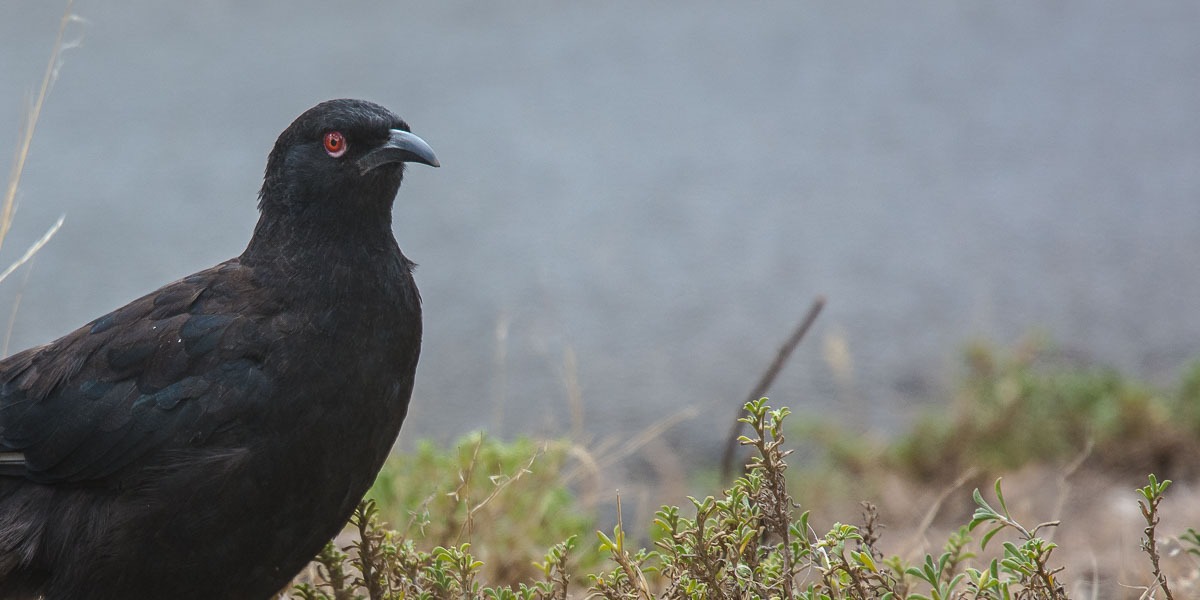 We’d been sitting quietly for awhile. Infact long enough to enjoy at least one cuppa and think longingly for the Thermos for a second.

It’s the You Yangs. Near the old, now unused, Duckponds School building. We were making one last session at finding the Jacky Winter pair and to see what the Eastern Yellow Robins were up to.
And.
To tell all the truth.  Not much.  Yep, that’s it. Little, a void, devoid, uninhabited. Departed, moved on, relocated.

And its been like that for quite awhiles. Many of the more productive spots we’ve been visiting, have been, well, decidedly UNproductive.

I knew there were White-winged Choughs on the other side of the main road, as their calls were quite clear.

Some might say,—somewhat unkindly, I always think, — “Oh, their calls are quite mornful, given the usual scaling down to low, that they use.”  However that is but a tiny part of Chough Vocab.  The young one’s chirrups and wails are I would think an interesting study on their own.

And it was all quiet.  I was sitting facing a large downed log, when all of a sudden, a black head, and red eyes popped up behind the log.  A Chough. I managed to get of one shot before it adeptly jumped on top of the log, ran to the end, and dropped to the ground. Then it gave a warning call, and one of the family on the other side of the log, flew to a tree to take up as sentry. Can’t be too careful around humans, I suspect.

The family were in the process of training up the recent fledglings. I counted two, and several of last year’s juveniles who were now large enough to look after themselves, but seemed to like to be waited on.

And this is where choughness gets complicated.  The family came deliberately over the road. They huddled around one gum tree, (co-incidentely, the one the Jacky Winters had nested in this season), and thus began a Chough Lecture. Each adult taking turns to explain something to the rather disinterested juveniles, while the young birds stood about totally unsure about what to do, but realising no food was forth coming at the moment.

Then the adults began to work the ground with the juveniles, and they each began to pull out some delicacy or other. Several of the adults kept the young ones happy by supplying their needs.
Finally one of the juveniles had some success and exacted a large tuber and jumped about in delight (if Choughs have delight). So excited it was that it flew up to a close branch and waved its find about for all to see.  Looked like a goldmedal winner at the Winter Games.

Then after a suitable amount of time, they left, and crossed the very busy road again and disappeared into the bush on the far side.  It must have been just that one tree that was of any interest.  What I can’t figure out is how did they know those tubers were there and ripe for picking. Such is Choughness.

A sentry, keeping an eye on the humans.

Lecture over, everyone to work. 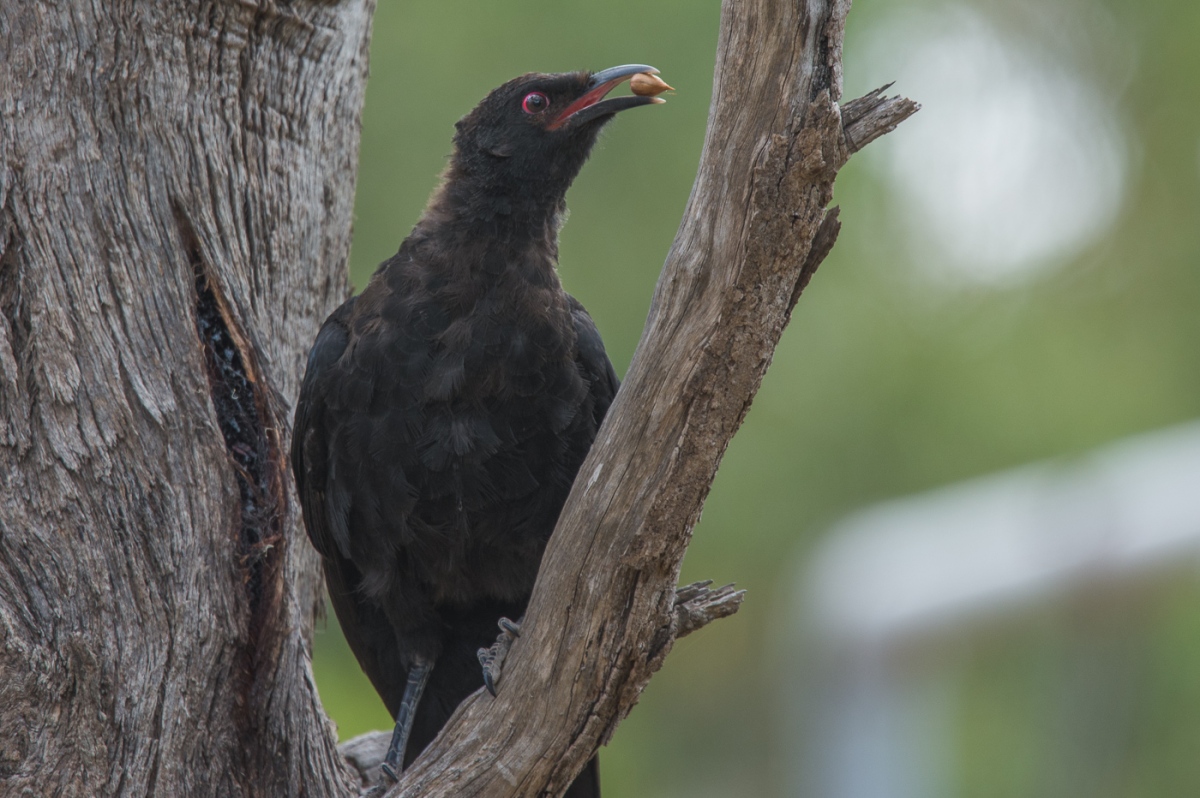 Young one with a find.  Much to celebrate 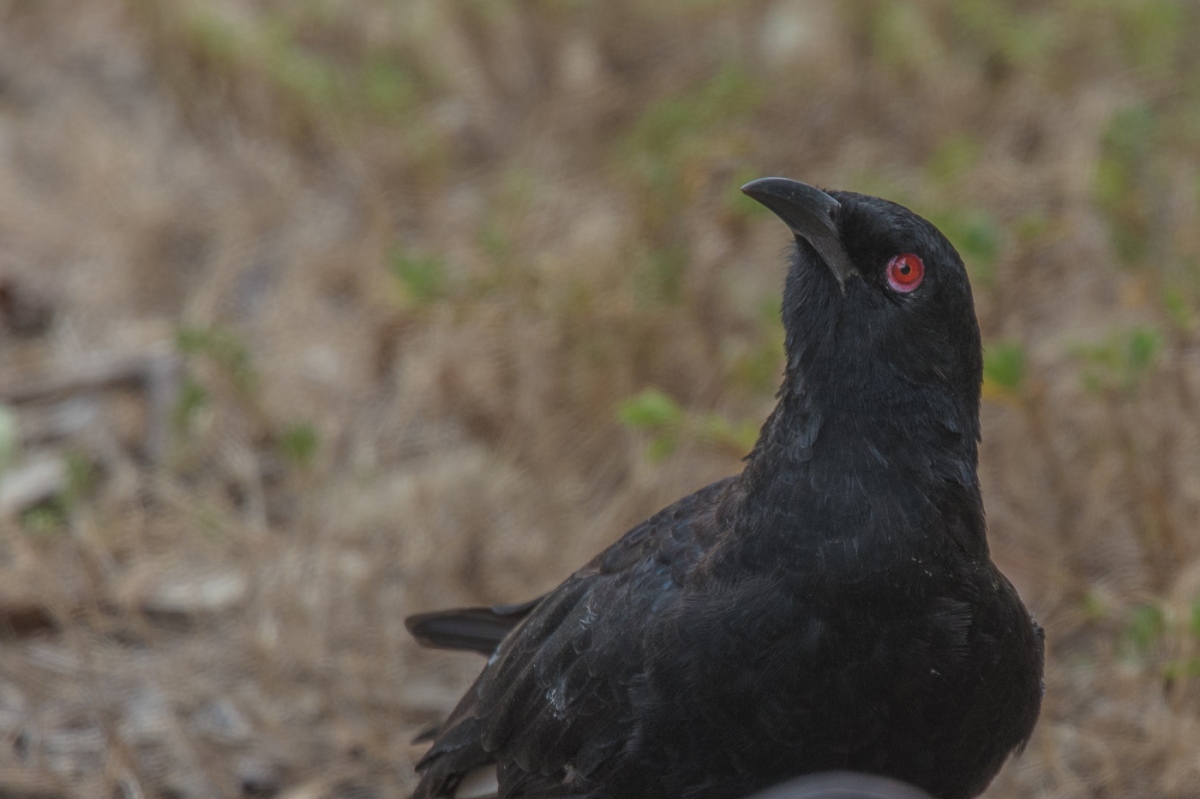 Come down out of that tree and keep searching. 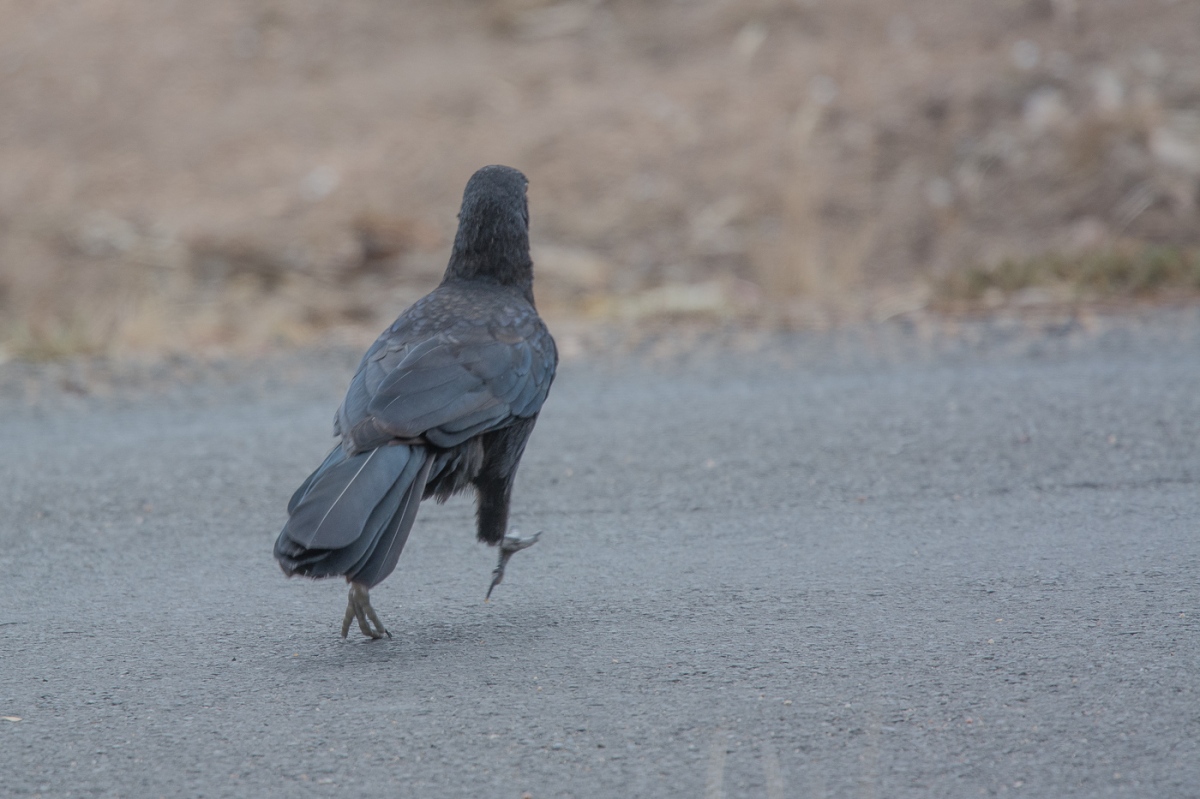 Job done, they departed back across the road to their normal hunting area.

3 thoughts on “In the School with Choughs”