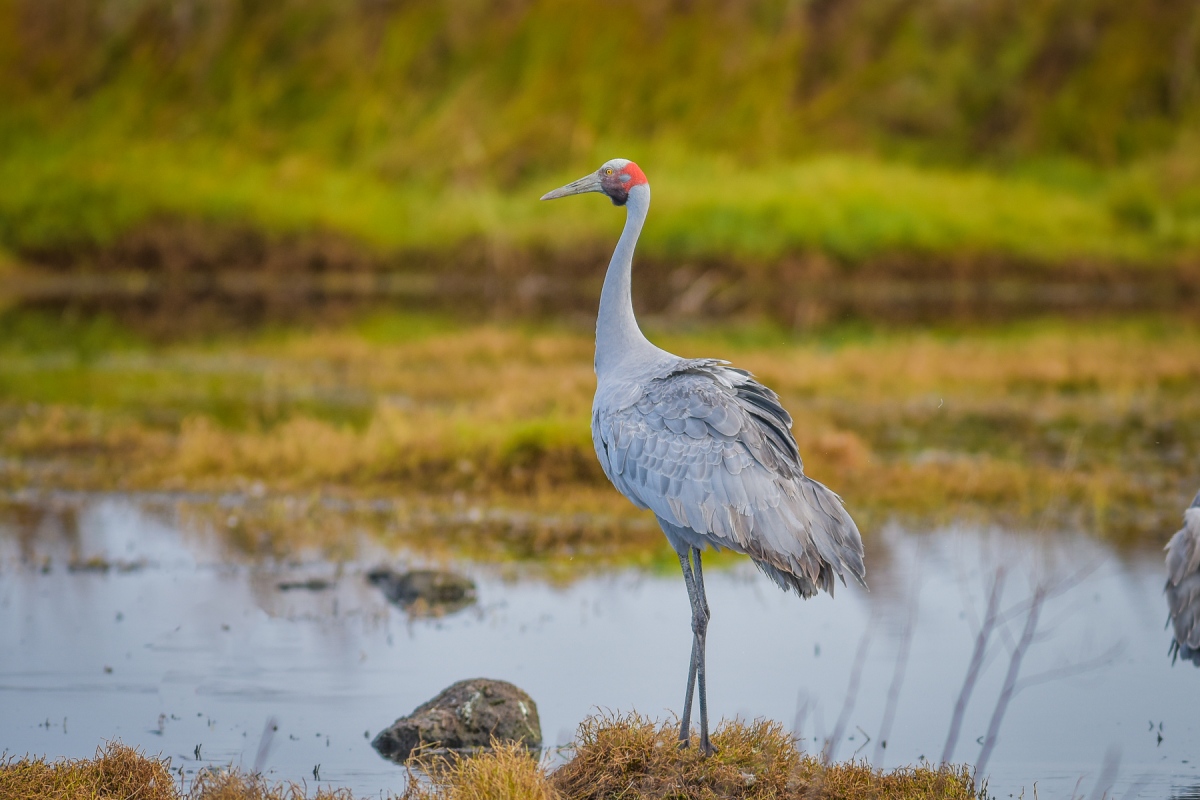 Some birds seem to me to evoke more involvement and emotional attachment than others.   A big purple, Australasian Swamphen doesn’t get more than a glance, a cute-fluffy Pacific Black Duckling in its yellow and orange, trundling along behind mum gets ‘cute’.

And so to Brolga.

Perhaps it’s the sheer size of the bird? Perhaps it’s the mystic that seems to be attached to the bird both by new settlers and old inhabitants. Perhaps its the awesome majesty of the birds in dance, or their apparent concern for one another. It may also be that in the southern part of Australia, where once they roamed freely in huge numbers, they have been reduced to just a few hard-pressed birds in such small locations.
The Western Treatment Plant has been fortunate to have had a number of pairs in the area over the years and they have breed successfully, and also lost their clutch to such things as human stress on them, and from the feral foxes (are there non-feral?). Build and area that is fenced off to help them in their endeavour to bring on a clutch and inquisitive senseless humans advance over the fences, knock down the posts, trample the ground and in the end, the parents abandon the attempt.

We came across a local pair with their young one, and Mum won’t nest again until this one is fully grown, (several years), that flew into where we were sitting at the WTP.  I’ve no way of making contact with these bird—not that I’m going to try. They deserve the widest berth I can make, and I’m loathe to move toward them or to gain some favour with them. As I’ve quoted before from Jon Young, that is an option that the bird makes.  And no attempt by me to speed up the process is going to bring that awesome moment of grace any closer.  And I’m satisfied if it doesn’t happen.

So we sat and watched.  A spot of preening, a little feeding, some family discussion, and they were gone.

A visual feast says it best 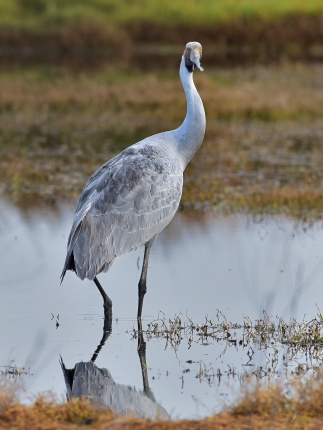 After checking out our presence and all seemed to be good, it was time to get to the business of the day. Preening, washing, and chatting over the day’s activitiy.

Missed a little bit, right there.

Gaining balance at the end of the dance.

I recognise this as the end of a dance sequence, and find it a very regular pose 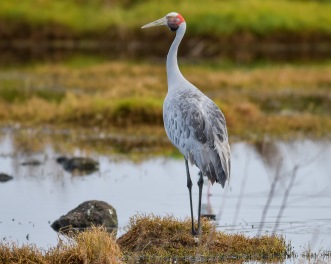 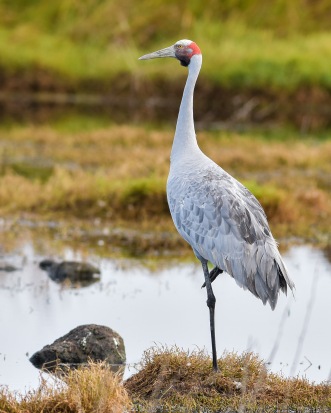 The classic one legged stance