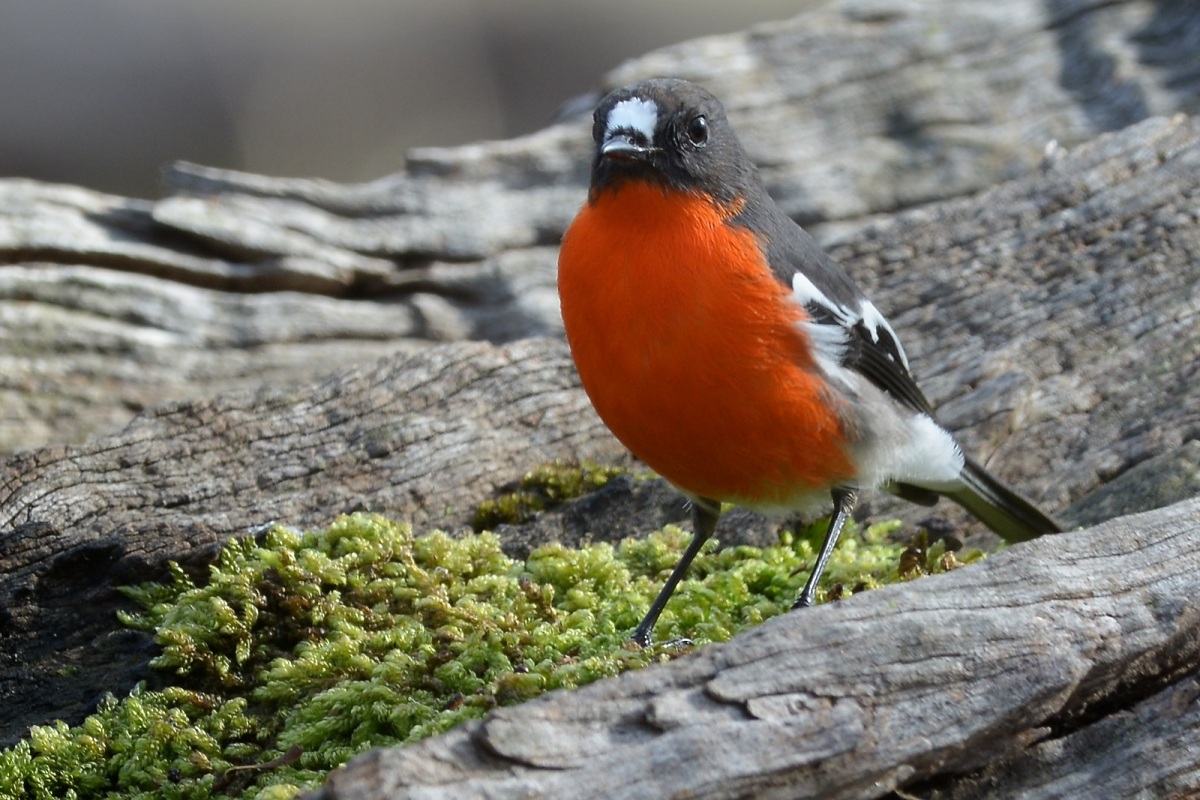 We had a bit of time on Monday to take the morning to look around the Backpaddock. Haven’t spent too much time out there really as we are just waiting for the Bandicoot Hilton to be declared off limits again, so mostly have been working elsewhere. But. the birds are quite plentiful out there at the moment and we took our chances.

Found a couple of family flocks of Flame Robins, and at one spot some water that gave them some bathing opportunities.   So after a bit of a wait, several species turned up.The highlight of the morning was the female White-throated Treecreeper, she came in bathed and then sat on a tree trunk and preened. Just sat on the wrong side for pictures.

Some Brown-headed Honeyeaters also came by and they entertained us with their antics and frenetic energy in the water for quite a few minutes.

All would have been prefect except my old D7000 shutter packed it in again. Third Time Mr Nikon!!!   I’ve never had a lemon  before but this one takes the cake.   I was going to keep the D2x, and got suckered in to keep the D7000 for its video capabilities, not much point if it doesn’t work.  So, off to the camera hospital for you my lad.

As you probably know the manufacturers play a numbers game on the shutter count, and the ‘Average number before failure”,  the D7000 is rated at 100,000+  As it it a law of averages thing, If’n I’m only getting 5 to 10 thousand then some lucky dude out there is going to get something like 2 million.  Good on ya.

Rant over. Show some pictures.