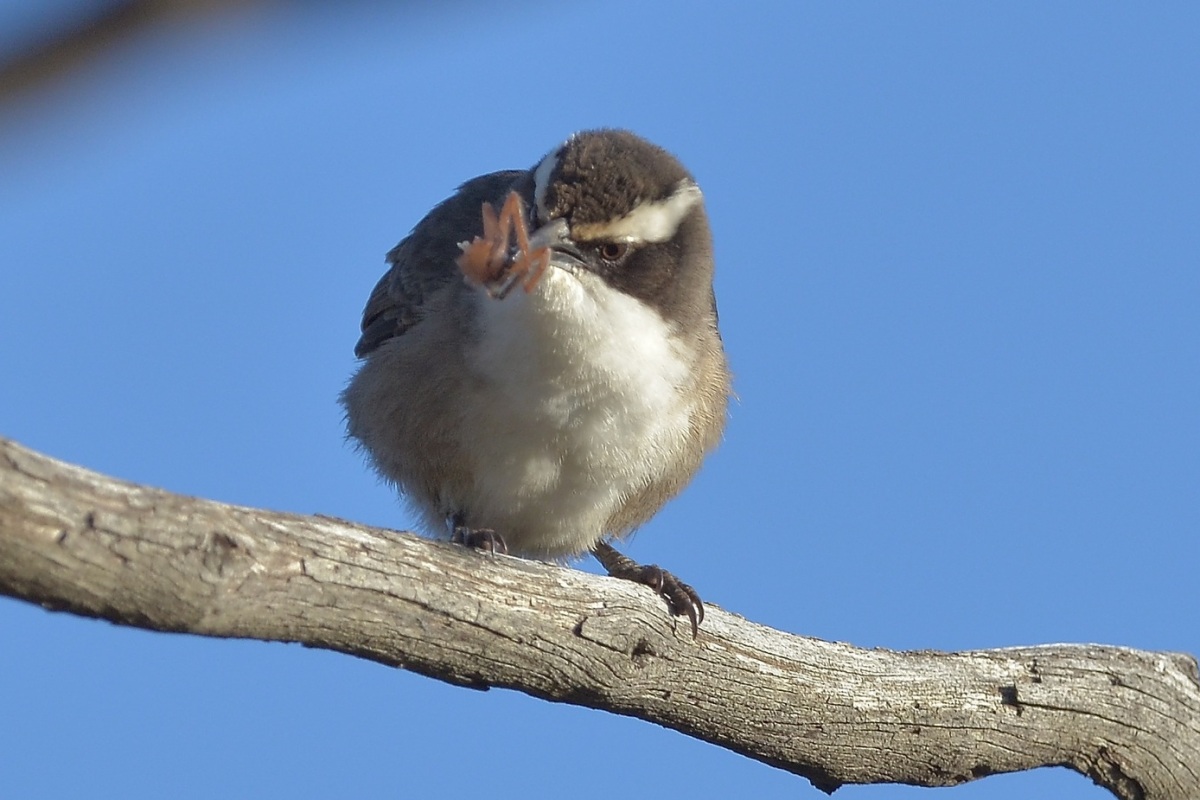 Down the blog in early February you’ll find a report of a day that Dieter and I had in Goschen in the hot summer sun.

Dorothy and I travelled back to Swan Hill for a family gig this past week. (see her blog for details), and I managed an early morning run down to Goschen again.  But this time it’s winter!  One of the nice things about the inland winter is that while the frosts may hit the ground, given a clear day, the sunlight is both warming and photographically super.
So I lucked out. Goschen Reserve is about 15 mins drive from Swan Hill and I left right on sunup.  So by the time I got to the reserve the light was running in a beautiful horizontal line along the ground.  Which meant that if I could find some birds, I would have great front light with the shadows running away behind the birds.

And find them I did. Or better yet, they found me.  Most of the time I sat on an open track near the old tennis court and really let them come around me.
White-browed Babblers, raucous and active led the charge.  Not to be outdone the Spiny-cheeked Honeyeaters were in abundance. So to Brown Treecreepers and regular assortment of other honeyeaters and some Striated Pardolottes, one who had a lisp and its voice was a definite, “Whip, whip” sound. A number of parrots, including Rosellas and Red-rumped, and some Mallee Ringnecks, all seemed to have plenty to keep them and me occupied. The small families of Brown Quail would take off at the slighest movement in their direction. I noted that they always flew directly away from me, which made a picture next to impossible as the focus just couldn’t react fast enough. Must try that again sometime.

The problem was not  how or where to photograph, but rather which one to click on next.
Sadly by midmorning, the sun had departed behind some low clouds, and I had a hasty retreat to make to get to the next family event.

The land of Goschen still holds plenty of attraction.  Must try and get a visit in during Spring time if I can.

2 thoughts on “Off the the land of Goschen again.”