I have been looking for redcapped robins at Woodlands Park for the last few weeks, there is still a little activity, but they are quite furtive at the moment.

On a very overcast Friday, heard a familiar redcap “tic” and went to look.  To my surprise I found not only a female Redcap, but a Female Scarlet Robin, in moult. Her distinctive call took me a few minutes to figure out, as I would not expect them for another 6-8 weeks at the earliest.  So It was great to see this one bird.  It stayed close to the recapped robin and they ‘tic-ed’ at one another to stay in contract.

What I am unsure of course, is it a visitor, or did it stay over in the park for summer, (I haven’t heard it previously), or is it a juvenile that is on the move to a territory.  Things I guess I’ll never know.

The only pair that wintered over did have a juvenile with them initially in May last year, but I only saw it for a few weeks.

A subsequent trip out on Sunday, confirms it is still there, and as vocal as ever, so that is a good sign. 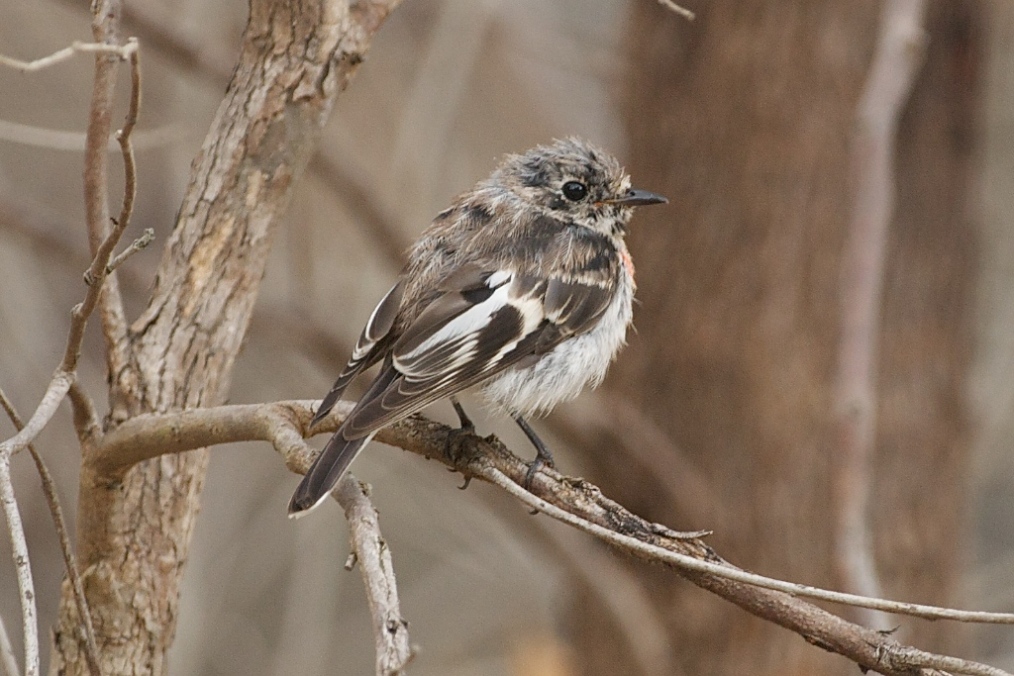 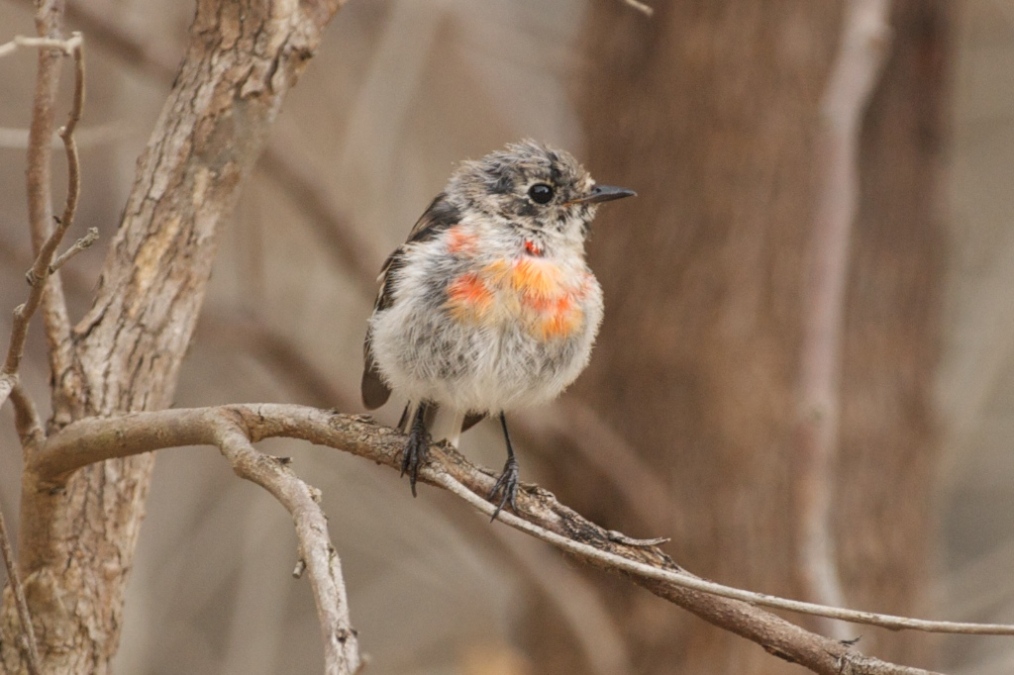