Hope you like the new site. I like the design as it will work well on pads and phones. Each block will be in a single line down the page, and as there is a limited number of posts on the front page, it shouldn’t go on and on and on forever.
It also seems that unless I ante up some cash and take on a ‘paid’ site then anyone on my mailing list for blog updates will get emails which include ‘clickbait’ ads for stuff you don’t need.

Not my fault I cry, but it does mean that come the new year I’ll have to take a paid site to get rid of the problem.  And I see any such intrusions into people’s trust and relationships as INTRUSION.

Also get ready to see lots of photos of Willie Wagtails at nest.  After what has been a very slow start by the Wagtail community to the increase of their species, they seem to have thrown everything at it the past couple of weeks.  Even a stroll around our morning walk site has revealed 3 pairs hard at work, and we weren’t trying hard.  Add another 4 or 5 pair at The Office, and its certainly going to be a busy wagtail season anytime soon.

Look at the eyebrow in the header image. That is one annoyed Willie.

And on a positive note, a check on our local Tawny Frogmouth young this afternoon reveals they have flown.  Well done Tawnys.

This one is so busy that it took a snack to work while it was doing its share of nesting duties.  The eggs hadn’ t hatch this time last week. 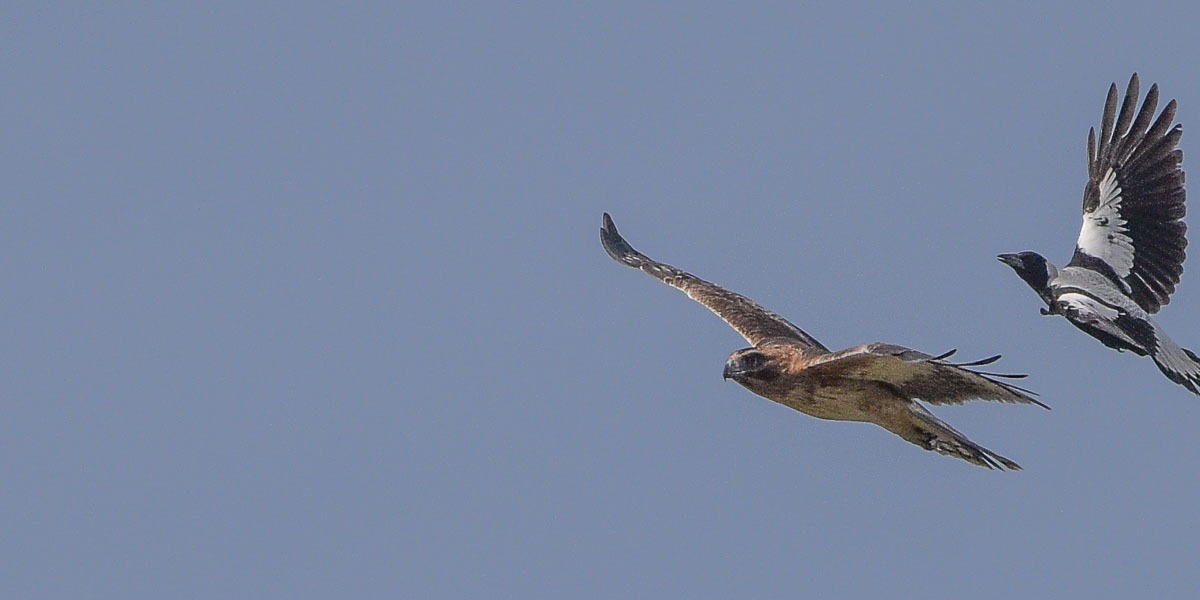 All good tales have a protagonist and of course the antagonist.  From Romeo and Juliet to Jane Eyre, or a Hitchcock movie, the ‘player of the first part’, has always to experience the consequences of decisions.

So as our hero the Little Eagle made its way across the paddocks in the sunshine, oblivious of the dangers, it was soon to learn that not all skies are clear, blue and free.

END_OF_DOCUMENT_TOKEN_TO_BE_REPLACED

Now You See Me

New week, and I’m away from home for the week. Travelled up to the family acres. This is an exercise  of sitting in a fast moving car and waiting while the miles, (kilometres) roll by.   Long straight roads with not much else to see but the road, and the horizon, and the blue sky.  Didn’t we already pass that 105 km post?

And today’s Blogging exercise is to find a prompt (Bloggsville provides them), and so we come to Now you see me, now you Don’t. Thought it was appropriate for being on the road again.

Stopped as is our want at The Eaglehawk Bakery to enjoy a “Mulga Bill’s” Pie for lunch.  One thing I guess that has changed a bit over .the past twelve months or so it that I’ve had to reduce my diet from pies, and all those lovely carbs, and concentrate on ‘healthy’ food.  But, hey its a long road to the family acres and a pie is just the right thing.  Also picked up a Banana milkshake.  This is starting to sound like a Facebook foodaholic journal.

The days before we left, we were watching a pair of White-plumed Honeyeaters.  This clever pair had built a nest among the leaves over the river.

It’s funny as I’ve written to this before, just recently, about now you see me now you don’t. While EE was busy working with a  Wagtail pair, (and I stay away as it doesn’t need two humans in their space), I was watching a White-plumed Honeyeaters.  Something about the extra intensity of their actions said, “They have a nest somewhere.”  And while I looked here, and there and over there too, no sign did I see of their location.  The following day had us at the same spot, and this time I moved about 50m down the river.  Again time passed.  The Honeyeaters passed and the mystery deepened, Finally I got a glimpse of them moving back and forth from a branch stretching over the river and it was even more obvious that is where they were working.  And down at the end of some leaves over the water, tightly fitted in among the reeds was their deliciously wound, spider web and grass globe.  But so far out over the water as to be very safe from most prying eyes.  And being in the leaves, it was really impossible to get a good view.

So, I waited.  And as the pair moved back and forth with food, I was able to get at least a look at the opening and occasionally as it all swung back and forth in the breeze a glimpse of little heads inside.

Then the mystery deepened, or more accurately my observations became more detailed.   She had sited the nest opening in such a way that a leaf was being used as a ‘trapdoor’ to conceal the opening.

Here was a bird with a super sense of security.  The older leaf lay perfectly over the nest opening and made it almost impossible to see that there was a nest down there.

Then she would fly in, push the leaf to one side, feed the young, and then on leaving she would pick the leaf up and place it back over the hole! If both birds arrived at about the same time, the last one leaving would cover over the nest.

Now you see me.  Now you don’t.  How appropriate.

Several days later the first of the brood had clambered out of the nest and was clinging tightly to the top of the nest.  And while we were watching a second one also made its first tentative ventures out of the nest.

By the time we get back, they will be well on the wing.