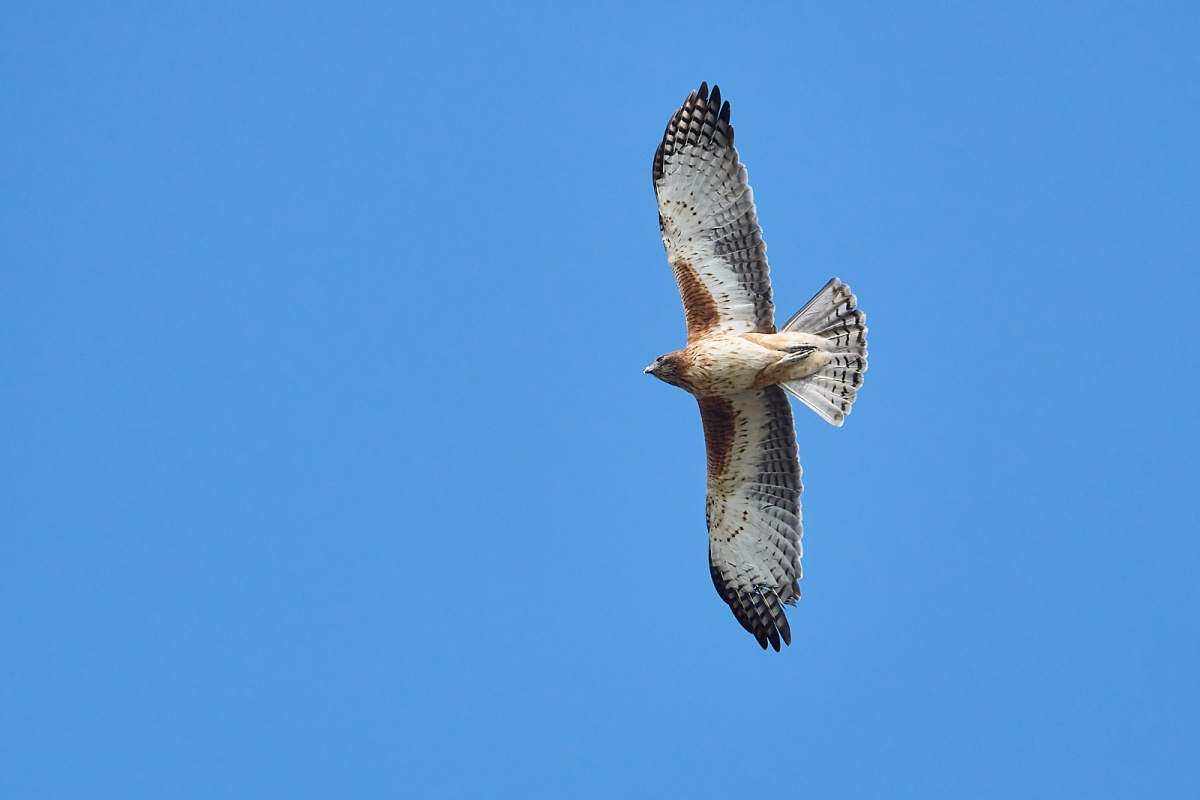 We were, Mr An Onymous and I, out looking for some elusive Flame Robins around the 100 Steps to Federation park at Altona. The park was previously a rubbish dump, and as Mr A is oft to quote, “Some of my rubbish is under that hill!”

They were here the last time I looked. But, not today. We did find and get close to one lone female, and were consoling our selves that a trip back to The Esplanade and a coffee from The Norfolk Cafe and a sit on the beach area and watch people instead of birds for a while would be a fine thing to do in the warm sunshine.

In the meantime the antics of a pair of Nankeen Kestrels kept us amused as they swept in and out of a tree-line. Just too far away for photos, but I volunteered, “Let’s go check it out anyway on the way back to the vehicles.”

When on a sudden a dark shape quite close swept over my head, —big bird I thought.
By the time I’d looked up and around it had gone to ground about 20m from where I stood. The best I could determine was a big brownish wing being folded down behind the saltbush.

Options were Whistling Kite or perhaps Swamp Harrier, or maybe, well I can dream, a Spotted Harrier.
We could sit and wait, but there was a little of the ‘thrill of the chase’ in this one, so we negotiated the old barbed wire fence and worked our collective ways toward the saltbush. Not too close else if it flew, it would overfill the frame, so we only needed a few metres inside the fence.

The action started when a small flotilla of young Magpies turned up, and decided that what ever was behind the bush needed a good bit of hurry up, and so they set to diving on the bird on the other side of the saltbush. First one, then another, and another. Regroup then return and repeat. The numbers of young Magpies wanting to join in increased and the bush was repeatedly swooped with urgently calling Maggies.

A Little Eagle! And the flotilla of Maggies in hot pursuit. This is the type of action they love. Slow moving bird, plenty of support to control the direction and distract it from gaining speed and height.

The chase was on.

Thrilled with the opportunity to harass the Eagle the Maggies pressed home their attack. The big bird circled wide out to escape and I guessed that would be the last I’d see, but the clever Maggies drove it around, and I guess that an updraft of the edges of the 100 steps hillside would work to its advantage. So it tightly circled past me came around, found some air and began to climb. The Maggies were now having to work very hard to maintain station. They still had the speed to attack, but the Little Eagle now had the advantage of its larger wing surface in the rising air, and wasn’t using any energy. The resolute defenders of their airspace began to lose steam, and slowly began to drop away and only one or two, then only one continued the fruitless cause.

The eagle now reached a comfortable cruising speed and altitude and the Maggies were done.

While the Little Eagle drifted away in the breeze, the Magpies landed together on a nearby tree and called out to congratulate each other on a job well done, and to brag about who had come the closest to the victim.