When I was a mere broth of a lad, and photography was something my Mum did with the family box camera, there was a radio show on a Sunday Evening on our local radio station.
We didn’t google, facebook, instagram or snapchat. Stange as that may sound, and we didn’t have an endless range of tv programmes to watch, we didn’t even have tv.  We had Radio.

On Sunday Evening “Along the Track” with Crosbie Morrison would take  a young lad on a journey into some form of the natural history.  Interestingly enough, at the height of his popularity, and it was syndicated all over Australia, its been estimated that he had a listener base of 75% of the radios in australia. (how one determines such number crunching, ohhh and ahh, is beyond me. 1/125 of a second at f/16 still amazes me!)

From possums, to crocodiles, blue wrens to electricity generation, we all went along the Track with Morrison and dreamed big bold dreams.

Did his talks bring out the inquisitive, insightful need to know about things in natural history.  Who knows, but I do remember being glued to the radio as he explained about a spider that someone had sent him in a matchbox, or the migratory skill of birds around the world.  David Attenborough is as close as the tv audience of today gets to that. But, and this I think is where radio was so adept. Without the visuals.  We explored it all in the theatre of our mind.

One thing that legacy still holds for me, is an interest in even the most common of creatures.

I was fascinated last evening while working with some wader and sandpipers, of how long, long, long the legs of a Pied Stilt are.  Normally see them knee-deep in water and its  hard to appreciate the length of those long pink legs.
This one graced me by wading out of the shallows and standing on the water’s edge long enough for me to make a frame. 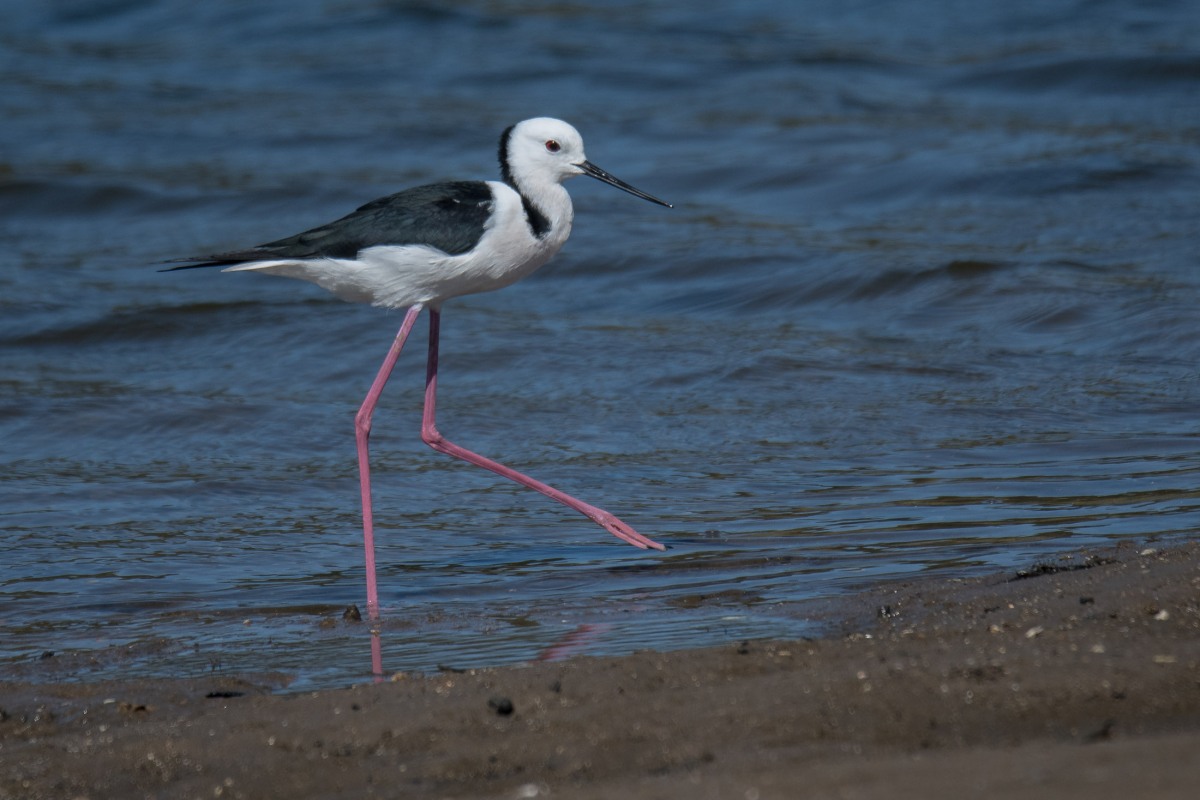