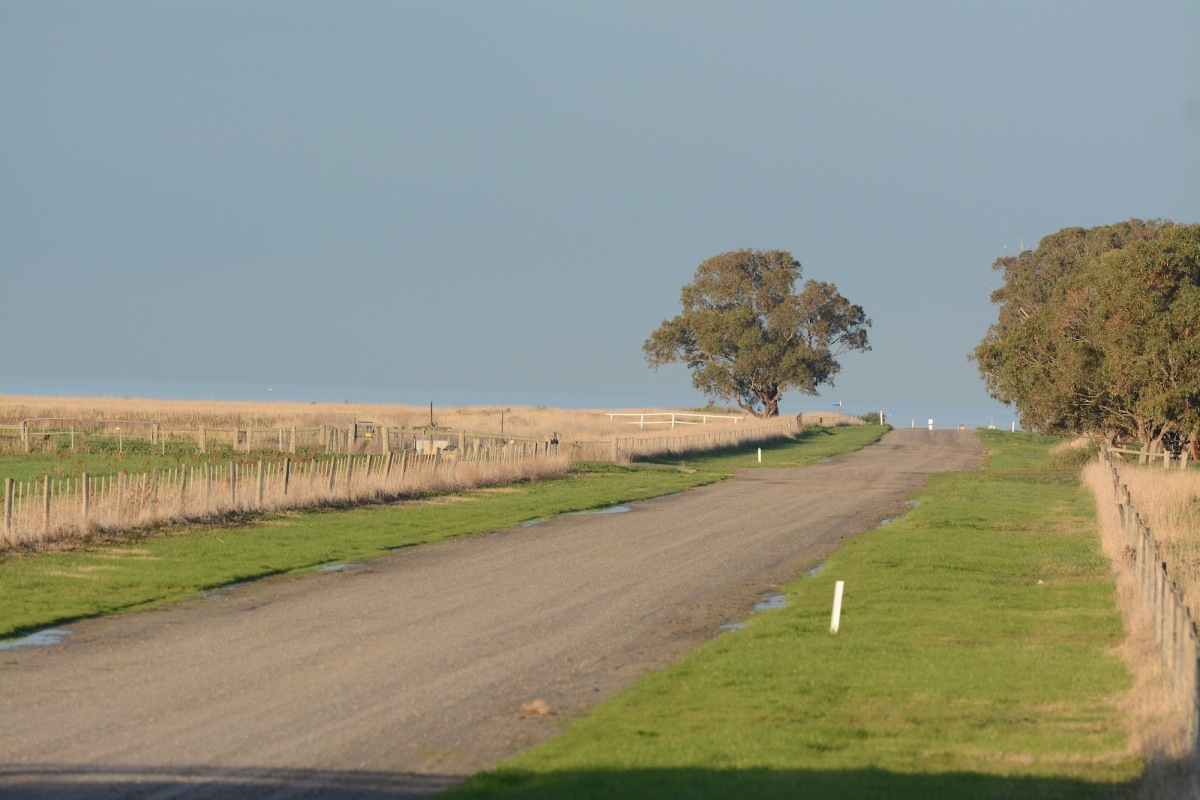 Just a quick look at any weather forecast over the past two weeks would draw the conclusion we’ve been having a spot of weather at the moment.  And you’d be right.  The mushy cloud days, the biting cold, the wind and the rain. And mostly the lack of Sunshine.

Its not much fun for a  photographer to venture out for small birds as the forest is wet and its hard to get much light in under the canopy.  Big field birds become grey blobs against even greyer backdrops.

So it was a bit unusual last Wednesday afternoon to see the sunshine sweeping along streets.   “Grab the cameras and let’s go to Twenty Nine Road”, EE suggested.

Two of the major roads that run through the Western Treatment Plant complex,- and don’t require a permit-, are The Beach Road, and Twenty Nine Mile Roads.   They both have huge paddock areas that these days are no longer used for the original purpose (the disposal of the waste from Melbourne), and are now farmed over for a range of farm products.  (Not for human consumption).   One of the crops is maize and it is ready for harvest. I assume they use it to feed the stock cattle.

One of the benefits of all this production is off course that the mice see the left over and dropped seed and corn as an indication of bounty, and begin to multiply.  And as they do, the raptors, not likely to forego a mouse dinner move in to match the increase. Which of course helps the mice produce more, and more raptors move in. …. fill in the blanks.

On a sunny afternoon, its nice to be able sit along the roadway near the harvested paddocks and watch the various hunting techniques.   Kestrels and Black-shouldered Kites hovering.  Whistling Kites and Black Kites hunting from the air, Goshawks swooping through prepared for anything that moves, and of course the Kites being prepared to wrestle food from the smaller hunting falcons.  Add to that the pair of Black Falcons who believe any food is rightfully theirs and are prepared to out-fly anyone to get it, and a fine afternoon’s entertainment is assured.

So, rather than ramble here is a small selection from a few hours work.