EE and I had a few spare hours on Sunday morning, but as we went to bed, the outside temps, and the icons on the news weather maps didn’t look all that good, so we decided on a long breakfast.

But looking out the  window in the morning with blue sky, golden sunshine, the only thing was to bolt breakfast and head out.  We decided “The Office” deserved a quick look, and its only a few minutes away, and before you can say, “Let’s go”, we did.

The Werribee River Park, (The Office) is just across  a bridge over the Geelong Freeway, and once  off the tarmac, its pretty much paddock.  Some very old Pines must have been part of a homestead in the area, I suppose, and last week I’d spotted two Black-shouldered Kites sitting together on the tops of the pinecones.    So I figured, that they might have been considering a nesting. How wrong was that!

Not only had they considered, but had just fledged in the past couple of days, two really healthy and vocal youngsters.   The young sat on old stump of the tree and were fed in the sunshine.  Well done Mum.

We’d also noted a pair of Black Kites in the same tree line, and they were still in attendance,  no doubt there is a nest in the offing.

After a few minutes with a lone Brown Falcon a bit further on we stopped at the Park carpark.   And immediately the harsh screech of a female Black-shouldered kite was joined by the higher pitched screeches of young ones.  And then slowly it dawned on me.
I’d been watching and reporting on this pair for the best part of 3 weeks now,  and was pretty convinced with all the activity that they were “planning” a nesting.  But no. Wrong again!!!

She has just fledged, not one, not two, but three, beautifully marked birds.   No wonder the male was so busy catching mice the past couple of weeks.   Put mouse in one end, and out pops a beautifully fledged cinnamon and ginger Black-shouldered Kite.

Now all this activity does not go unnoticed by those who make their living by preying on others.  A Black Kite swept up from the River flats and hung around the young.   At first I thought it might be going to threaten the young, but its true intent was even more devious.  Dad flew in with a mouse and the Black Kite began harassing the much smaller bird,  for his catch.  In the end, better speed, and skilful harrowing, caused the Black-shouldered Kite to drop the mouse.  And the Black moved straight on to it as it fell. But now Mum and Dad were free to harass the Kite and in the end it moved away.   It tried again later, but both birds were not to be caught off guard again, and Mum took the prize to the nest tree and the young followed her down into the top of the tree where the nest must be concealed.  (It’s too far in behind chain fence for me to get a good looksee.)

Then of course, the weather changed, time ran out, and we decided to retreat for the day.
But with 5 young birds in such a small area we’ll no doubt be back.  Oh, and we saw the family of Flame Robins, as well, but didn’t get that close. 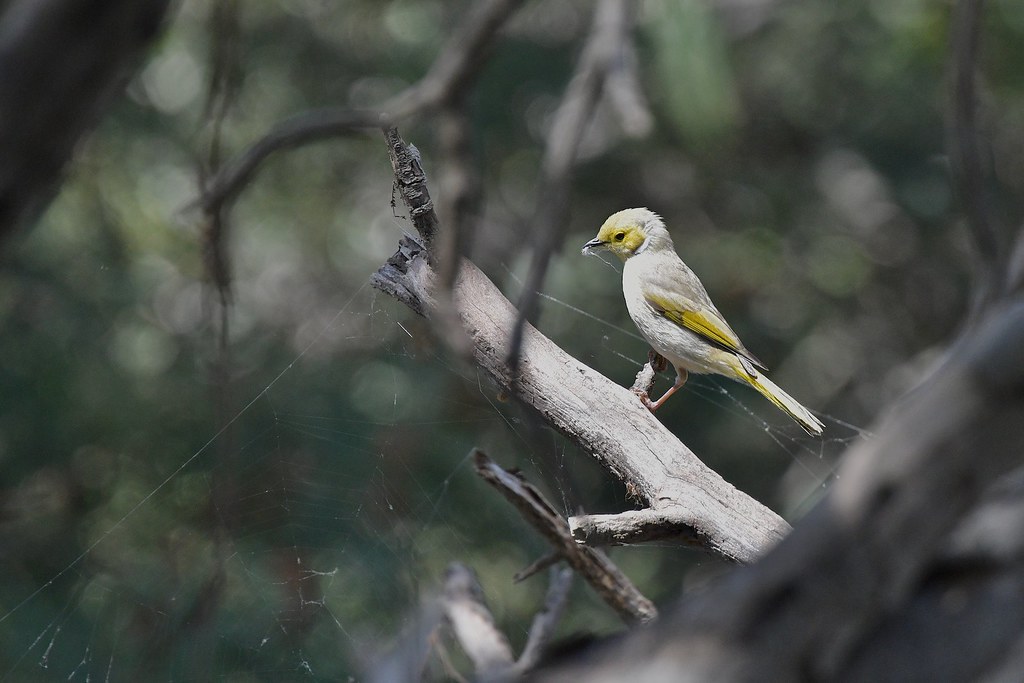 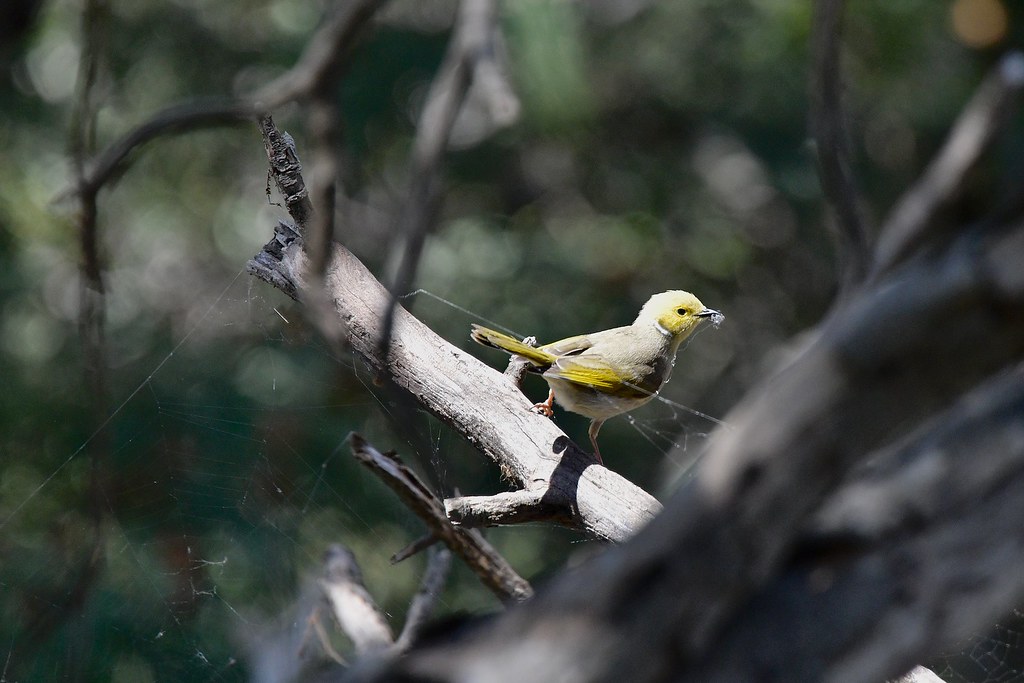 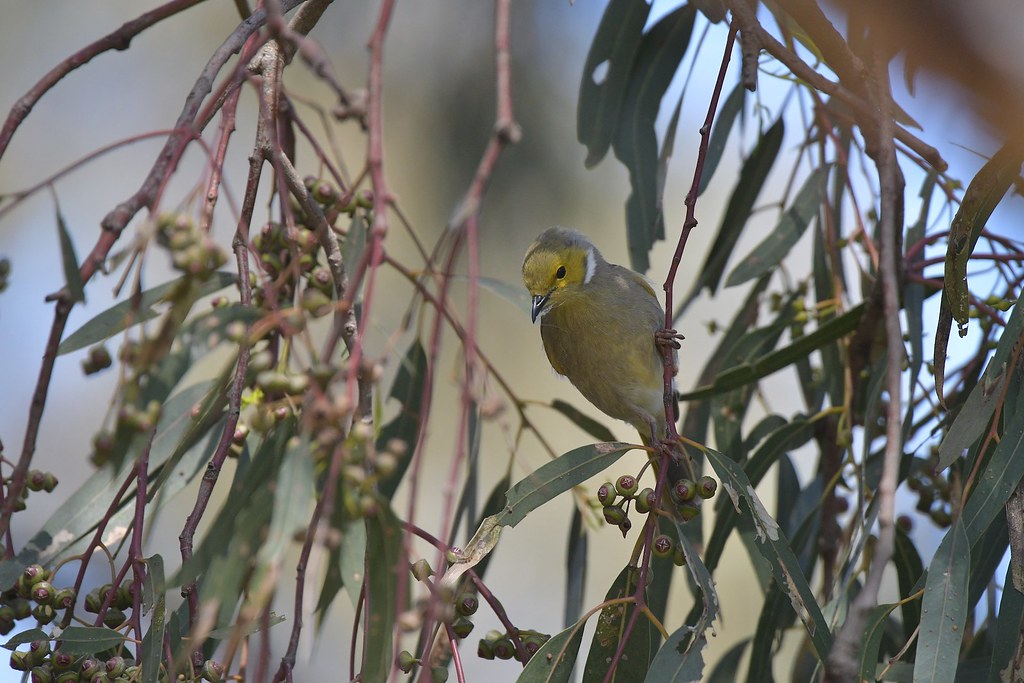 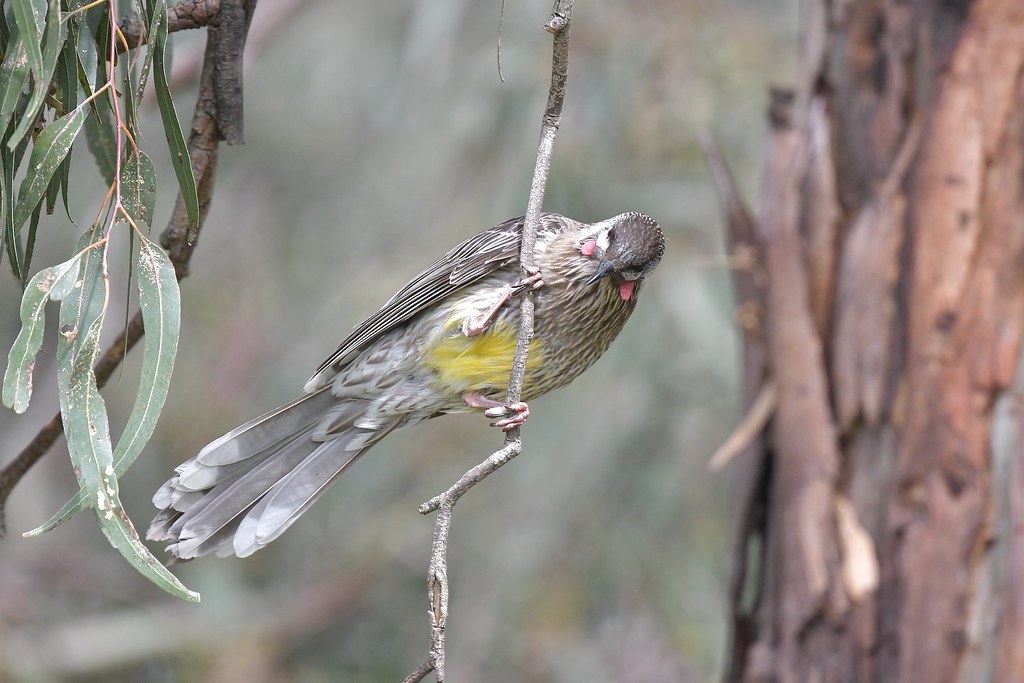 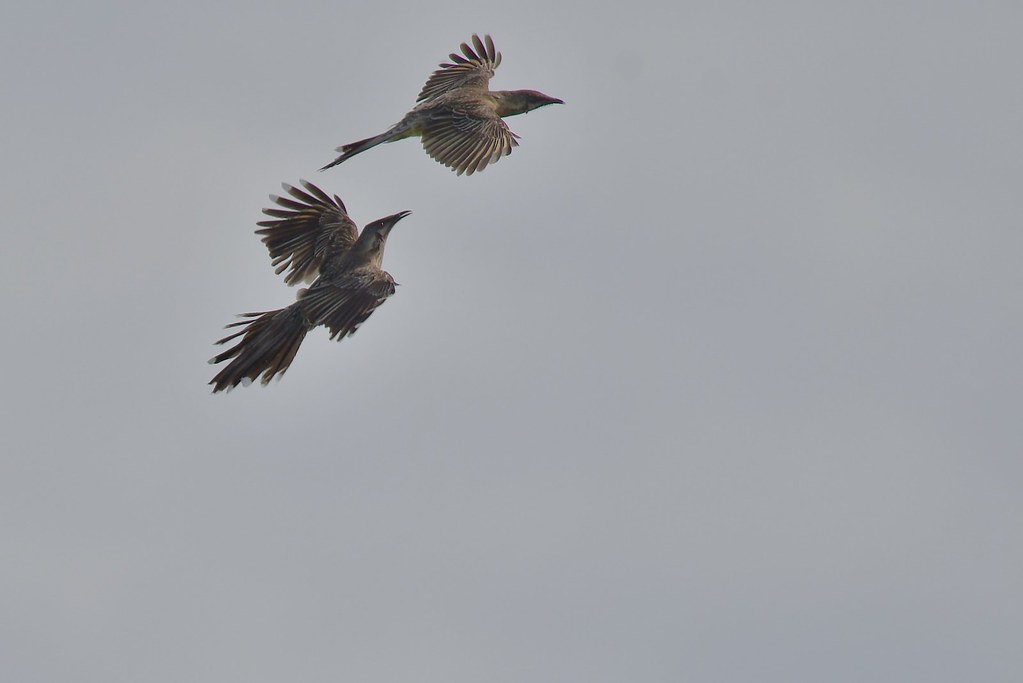 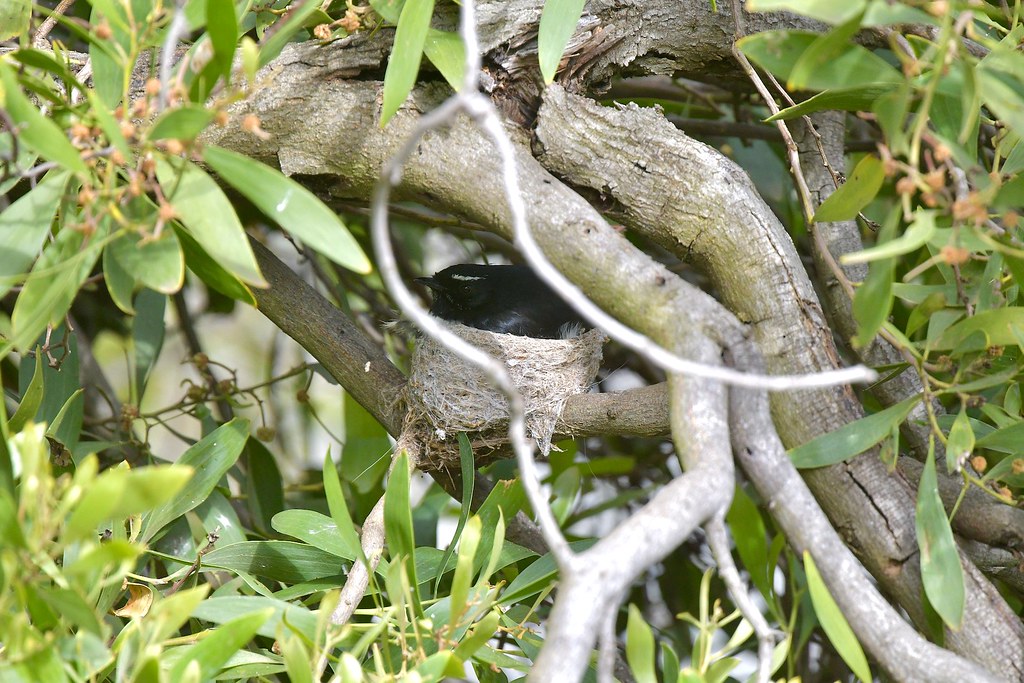 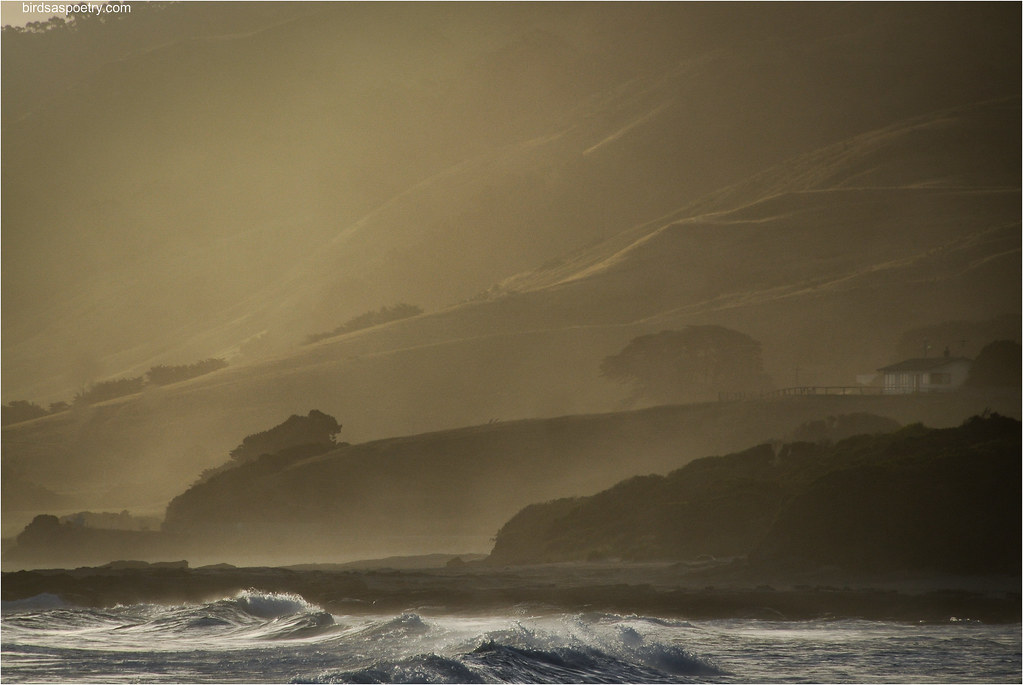