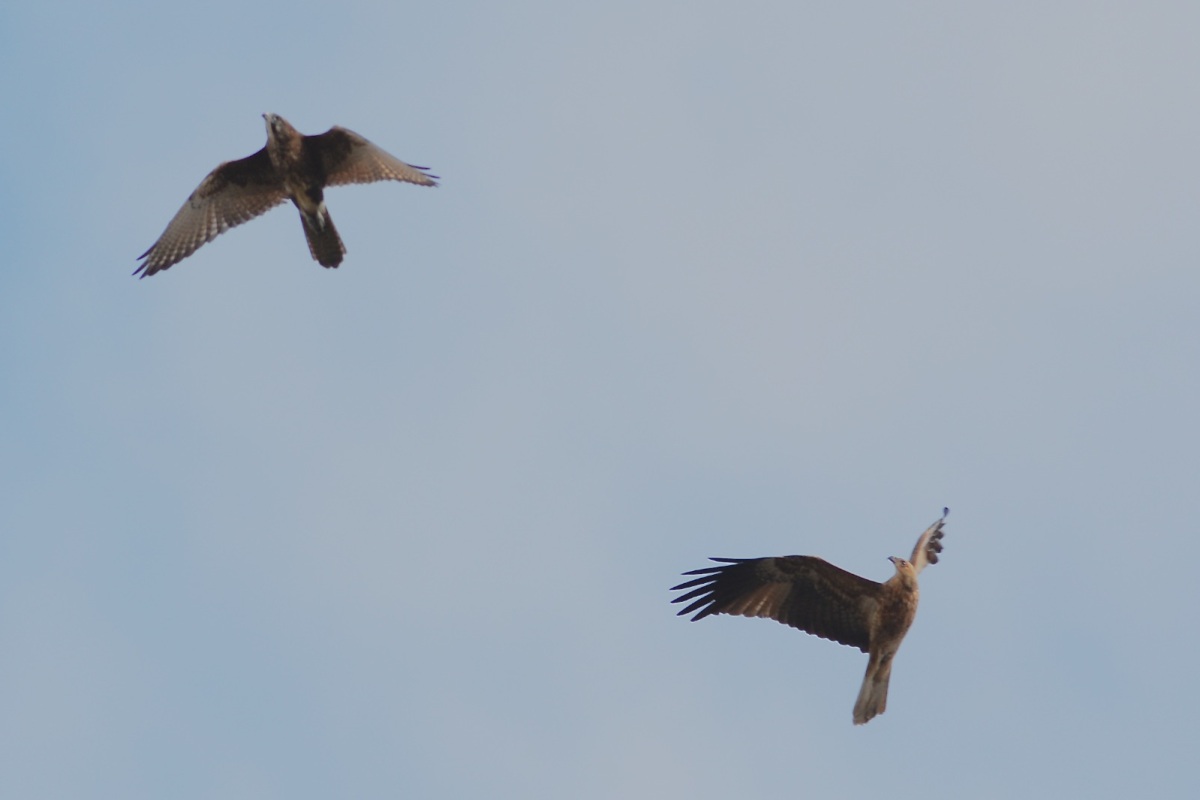 Been awhile since I posted, but what with this and that and a few days birding, here and there, well, it just all got by me.

After the last week or so of near perfect weather in Melbourne, with light winds and plenty of warm sunshine in the 20s C, its been more than a body can do to keep up with the places to find birds.  But, all good things they same come to an end.
Today was scheduled to be rain in the morning, rain at lunchtime, rain in the evening, rain.  So no one seemed particularly excited when I suggested a trip to Eynesbury to look for Flame Robins. (would have gone to Woodlands Historic Park, but the Backpaddock has been locked out to mere mortals, as the great Fox hunt proceeds, at glacial speed. 40 hectares, one fox, it a bit of a needle in a haystack, and I suppose quite a setback to the Eastern Barred Bandicoot Programme.  Not that the Flame Robins know, and so their winter visit to the park goes on, and the best we mere photographers can do is press our nose up against the cold chain fence, and ‘wonder where they are!”   Oh.

So Eynesbury is an option.  EE suggested she had her sock drawer to sort out, and Mr An Onymous, suggested I watch the weather, but in the end he too was inclined to make the journey. Cool.

Can’t say I was too impressed when early in the morning, I was awakened by the patter of rain on the roof.  Oh, it’ll pass quickly, doona back over head, and when I next awoke, I heard the patter of rain on the roof,  Oh, it will be the last of the showers, back under the doona.  When I next awoke, the rain was, well, pretty consistent. Hmmm, then the ‘Rooster” call from the iPad and it was time to prepare for the imminent arrival of the Blackmobile with its cargo.  So I put the Dryazabone as the first to go  in.  Never know do you!   Then the cameras and some dry gear for them.

Right on cue, Mr A arrived, and we set off, nice and early. and the rain, well, it had stopped, and some claimed to be able to see ‘blue’ sky on the horizon. Like, yeah!

To round out the story we found some robins, drank some tea, didn’t get wet, and by lunchtime as we were wending our way back to the car, the blue sky took over and the sun streamed through the forest.  Lovely. So we turned aside, for just one more look see, and to our delight found some Diamond Firetails. First for Mr A, so that was good.

Then it all happened. Standing in the sunshine, we were assailed by the frantic Skwarks, and Chatter of a Brown Falcon,  looking up we saw  her belting across the sky, and in pursuit of a band (about 4) Whistling Kites.  Then it was obvious the Kites were after a Wedgetailed Eagle.  That was pretty evident when the sky directly above us went dark as the huge bird juggled for position in a thermal to rid itself of the pursers. But Kites are pretty much a match for a low level Eagle and managed a few good strikes among them.  So much so that at one stage, they kind of got tangled up in the exit from the dive and had to avoid one another.

Every body wants to get into the act, (Jimmy Durante), and the Brown Falcon, full of the chase, was in as well.  However the Eagle, simply found the thermal, and no Falcon can gain the uplift power of those huge wings and soon she was completely outclassed and had to drift back exhausted.   The Kites on the other hand, not only masters of the thermal,  but full of energy to gain extra height by hard work got well above the Eagle and then took turns at attacking it from behind and above.

The Eagle drifted higher and the Kites soon had to work harder to keep up with it.  What amazed us the most was the size of the Eagle compared to the size of the Kites.  Tend to see the Whistlers as big raptors, but really they are pint sized alongside the Master of the air.

With the sunny day well established it was time for a late lunch and a pie shop I know on the way home.

4 thoughts on “Drama in the skies at Eynesbury”