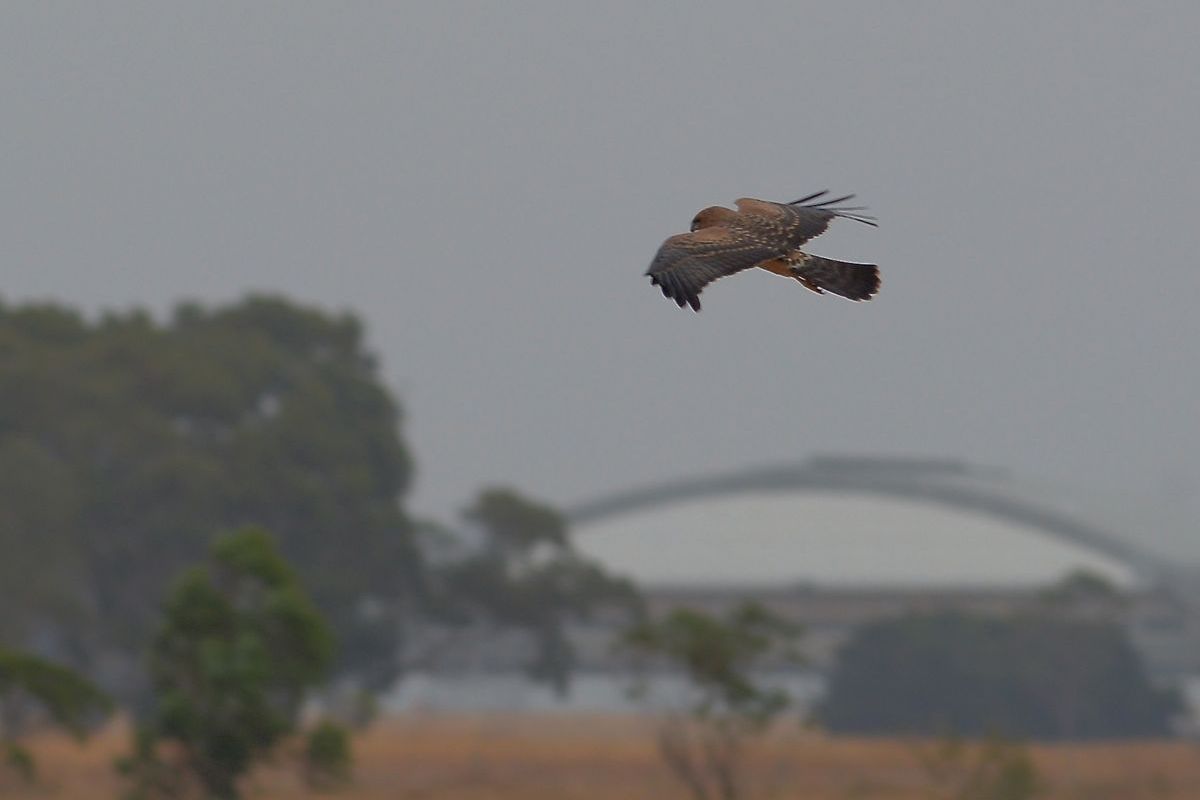 With the weather man predicting only more heat wave conditions, and the WTP being closed on Total Fire Ban days because of OHS issues, and good on ’em as far as I’m concerned.  Don’t want to be driving around in the heat trying to find birds hiding from the heat

We found a bit of a break in the hot days, and decided and early morning start was the best thing.  Rather than cover the usual spots we headed down to  southern end, known among birders as 29 Mile Road, T Section or the Spit. Also Murtcaim(n) and Pond 9.  The Brolgas had been seen among the ponds there and we thought it a good look see.

Here’s the way the day progressed.

Found one of the Spotted Harriers up in the early morning mist.  That’s Avalon Aircraft Repair workshop in the distance.

The second young one also put up, and we got some good views even if the light was against  us.

Golden-headed Cisticola came by to be sure we weren’t thinking of taking over its territory, and gave a us a good lecture just to prove its point.

We did manage to find the Brolga engaged in team precision preening, but they were too far away, and the heat haze even in the early morning was a curse. 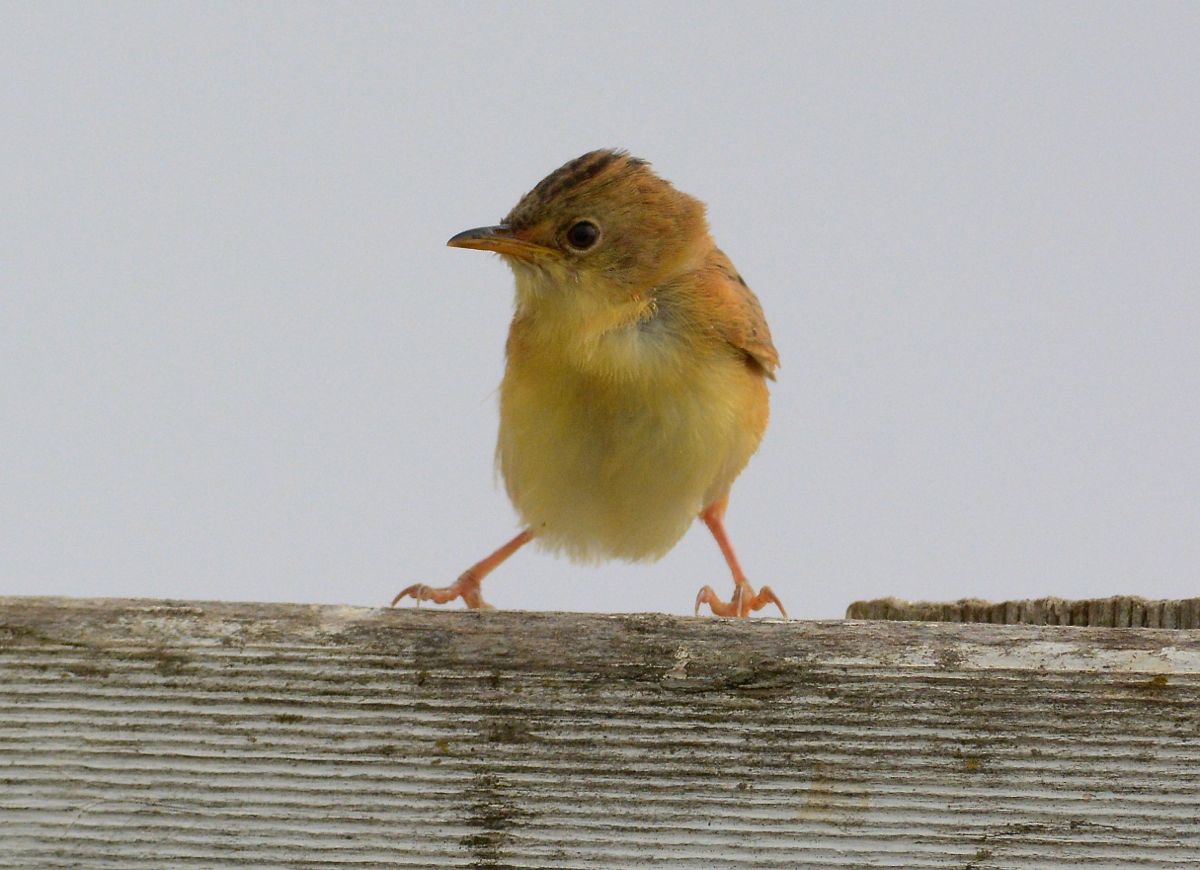 A strong breeze really surprised these Golden-headed Cisticola, nearly blowing it off the rail. The leaning into the wing and wide stretch of the legs was all it could do to prevent it being swept away.

Another great find were a pair of Cape Barren Geese, they did a great little head nodding performance before taking to the air.    I always feel a bit sad when I’ve partly been the cause of a bird taking flight.

No such feeling with Swamp Harriers.  This bird had no intention of letting us get close under any circumstances and led us on a merry chase along one of the bunds, flying a brief spell, sitting until we caught up, and then wafting on down the road a hundred metres of so.

At the moment, there is alway a Whiskered Tern or two to keep photographers amused and waste lots of time trying to nail that elusive best tern shot.  Its not that the birds don’t try hard enough. 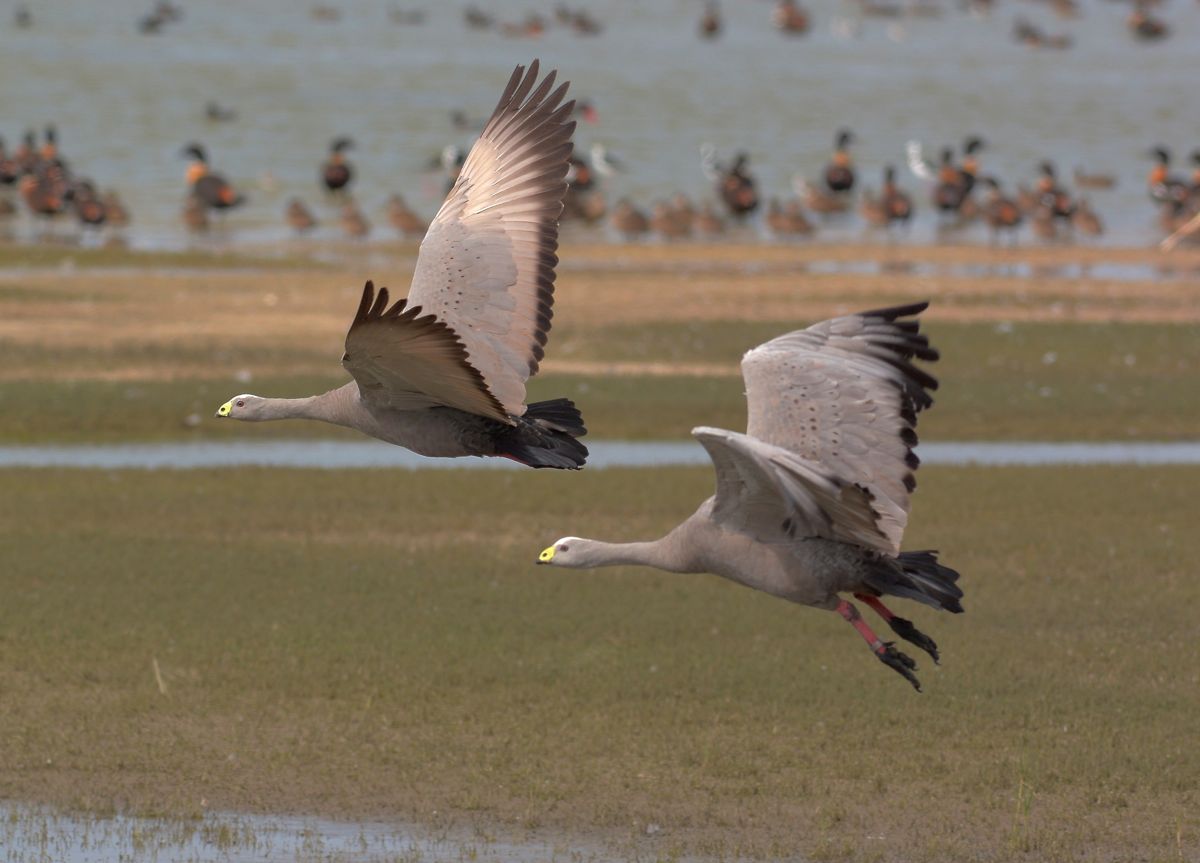 And that pair of Geese just would not sit still when we were around.

My bird id skills let me down sometimes and the little grass birds are a good example, but this is a Horsfields Bushlark  (I hope).  It adopted a different technique to stay on the post, by crouching down.

Back along the Point Wilson Road, one of the young Spotted Harriers had returned to the nest tree for a bit of a spell. 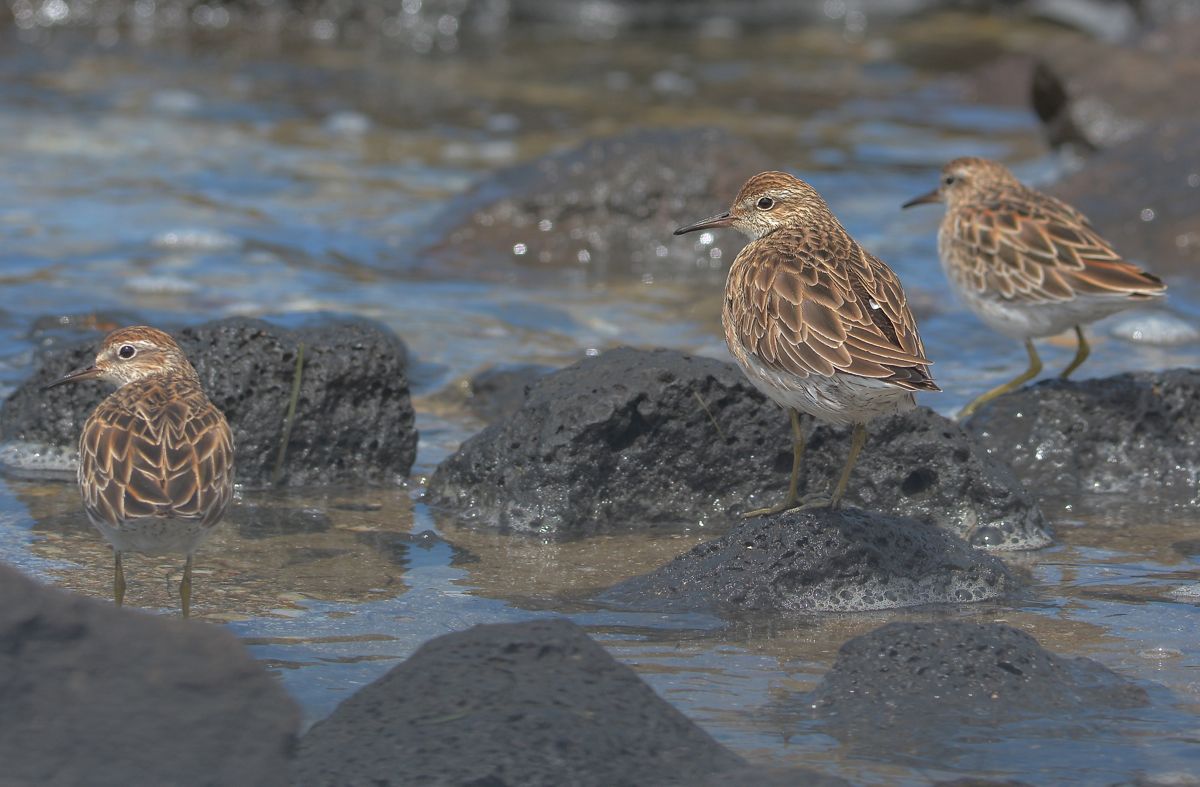 And down along the rocks, the Sharp-tailed Sandpipers were ready to get down to work when the tide lowered a bit.

By late mid morning, the temp was up, the heat haze was reducing very expensive lens to the quality of my Mum’s Box Camera and coffee and a toasted cheese and tomato sandwich (not a bad alternative to a poi.), at the Highway Lounge. How could I resist