Just in case anyone thought from my previous post that I’d abandoned BirdsasPoetry.com,  rest assured all is well.

On yet another cold, windy morning we had ventured out to see if the young kites were in residence or if they had finally taken the hint and moved on to explore new areas.

We found them down the paddock about a Kilometre from the home tree, and all three actively engaged in the business of food production.

A little further investigation, and it seems like they have continued to use the home tree as a roosting area, for present.  It appears that a line (invisible so to speak) has been drawn through the home territory, and they have access to the western side, and can hunt and roost freely.  The eastern side, where Belle has a new nest in production, is a no-go zone and should they venture there they are quickly hunted away.  So it means that unlike most clutches, they are still operating in the home territory, if somewhat tenuously.

Bronson it seems is not adverse to sneaking over the line, with a treat for them from time to time.  But there is no doubt they are now self-sufficient

Here is a selection showing them in action.

I missed this one going down.  It must have spotted the mouse and dove headfirst into the grasses, and I just couldn’t keep up with it.  In a few seconds it lifted off with its prize

This is another one on full attack.

And here the two of them, with mouse in claw, arrived back on the home tree within seconds of each other.

And when the fanfare, the party favours, the streamers, and the cheering all die down, its time to face reality.

Number 200 will be the last regular Saturday Evening Post. I’ve decided to call it quits, like many who stop while there is still a glow to the process.

When I first started Saturday Evening Post about four years back, my  intent was to publish a photo from the week and explain where, and why i was highlighing it.

Then came covid and in particular the lockdowns. Melbourne ended up enduring the longest lockdown of any city in the world. (As the Ombudsman said in a report on why Victorians were not allowed to return home, “It was hard not to agree with the complainant that such requests were ‘beyond unreasonable… very intrusive and unkind, it’s inhuman actually’. …. But the effect of a complex and constrained bureaucracy meant some outcomes were downright unjust, even inhumane.”   See here )

So  I turned to the blog as an outlet to the frustration of not being able to travel about.  And so the style of the blog changed and we began to cover photographic topics, the work of great photographers and my own recollections of a young lad in a country town with a passion for making images.

But, as insightful readers will have noted, its been harder and harder keep up the flow of that sort of material, and I also began to add a few ”stream of conciousness’ posts along the way.  Easy to follow if you were aware of where I was coming from, or even going to, but as a reader explained to me, “It’s to complex and I just click the photo and move on.”  That should, I suppose, have been a warning.  So it seems that its perhaps better to step of the treadmill of grinding out a page simply to fit a deadline.

But by then the magic of #200 was looming on the horizon and here it is.

So what to expect.   Well the normal sections of the blog will continue on their own ad-hoc basis as they are posting now.  I am hoping to be able to photograph birds in such a way as to bring an insight into their lives, in a single story.  Little Visits and Pages from the Field Note Book, should be regular in an irregular sort of way, and perhaps even an occassional Saturday Evening Post, (perhaps).

So, I hope you’ve enjoyed the journey. I have. Thanks to everyone who has commented, added additional information or insights and generally made the blog a bit larger than just my ramblings. I have truly appreciated all the various interactions.

Thanks again, and as Crobie Morrison used to say, “I hope to catch you Along the Track, somewhere soon.”

We were out the other day around the Altona area and had arrived at the Maddox Street Boatsheds area where the Paisley Drain and  the Kororoit Creek empty into the Bay.
The Environmental Team of Hobson’s Bay Council have carried out significant works in the area developing it for walking and bird watching.  My good friend, Andrew Webster is part of that team and they have made up special signs to help id birds in the area.  One of those signs has been erected at the Boatshed area and as I walked through the bush toward it I was pretty thrilled to see a painting repro of a Nankeen Kestrel. Instantly I knew the source of the picture.
It was one from a series of Kestrels that I made out at Woodlands Homestead several years ago.  Hard not to recognise the wing angle and pose of the bird as I see the photo every day as it’s a wall print next to the computer.   Pretty chuffed (not Choughed) to see it and it was good to recall the memory of the time with those birds and also that it can go on to help other who are beginning bird observers.

Here is a link to the shot on Flickr. 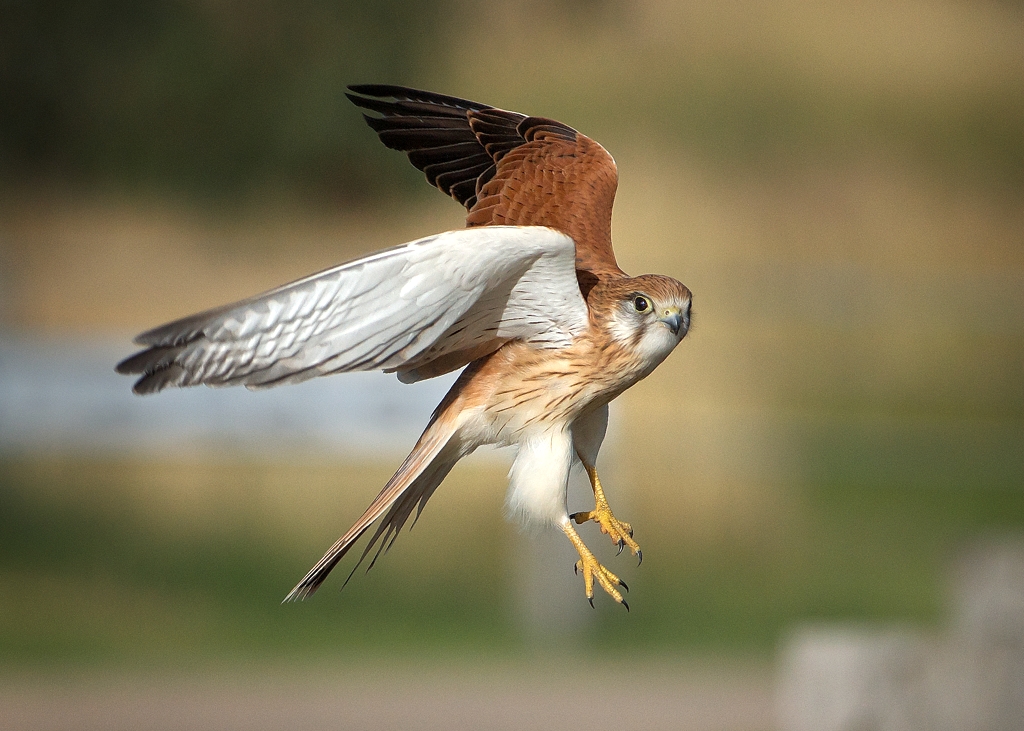 And here is the shot on the sign as comparison.

We had a few minutes to spare on the return home past the Western Treatment Plant and decided to look in on the “T Section” area. Not many birds in there at present, except for colonies of nesting swans.

We found this pair in the business of Busy-ness

The Grand Bard has his heroine, Juliet say,
And I have to add she was a somewhat wordy lass,

“‘Tis but thy name that is my enemy;
Thou art thyself, though not a Montague.
What’s Montague? it is nor hand, nor foot,
Nor arm, nor face, nor any other part
Belonging to a man. O, be some other name!
What’s in a name? that which we call a rose
By any other name would smell as sweet;
So Romeo would, were he not Romeo call’d,
Retain that dear perfection which he owes
Without that title. Romeo, doff thy name,
And for that name which is no part of thee
Take all myself. (Romeo and Juliet: 2.2.38-49)

We’ve had a few days out this past week with several groups of birders. And when it comes to the id of birds it does get a bit Juliet wordy and complicated. For some its a matter of pedantic significance, for others a much more laid back and free approach.

I think, on pondering back over the discussions, and they were all good fun and in good humour, that I’m not a bird chaser. I find much more satisfaction from the Jon Young ‘Sit-Spot” technique of enjoying the surrounds and the few birds that might be in the area. An hour or so with a pair of Brown Falcons or some agile Superb Fairywrens makes me just as happy as traipsing through the bush. Perhaps I’m just getting old and enjoy the odd sit down more. 🙂

To that end, we tend to name birds that we can recognise. Many will have followed the progess of Belle and Bronson. Do they respond to those names. Not that I’ve ever noted.
or the female Brown Falcon, “Cassia of Cinnamon” and her unnamed partner.

Those that have travelled the blog for a few years might recall, Jack and Jill, the Eastern Yellow Robins, or Mr Mighty a Red-capped male.

The reason for naming has always been that moment, as the San Bushman says of,
“The stengthening of the thread of connection with the bird”.
A thread that is not always two-way. Sometimes the birds are unfazed by our presence, and others it more a tolerance.
I often say we are invited, by the bird, to enter into its close space. Birds that allow that closeness get names. It’s part of our connectedness.
Others, that show aggression or fear are best left alone. No picture is worth an upset bird.
Sometimes on approach, and I get scolded, or the bird takes off, I’m the one who is angry with myself, not just becasue a picture opporunity has been missed, but the chance to build awareness.

On the other hand, sometimes birds are just found. And as we walked the boat harbour area near home, we came across these two Little Cormorants and a sign that make a great connection.