David duChemin of Craft and Vision sent out an interesting update recently.

One of the things that intrigued me was the question of “What you would tell your younger self about the craft of photography he is embarking on” Now I know from an Uncle Google search that those sorts of questions and answers are spread all over the web, like those little bits of microplastic in the ocean.

And. I know that the 14 year old kid with the Super Balda camera and a roll of Ilford FP3 film would take little notice anyway. For a start off, photography as a career would not have had any notion or meaning. Nor, am I sad to relate, among the people and teachers of the time, would there have been any encouragement to pursue such thoughts. The closest I ever got was the local librarian who had assembled a fine collection of photo books by the masters. Perhaps I should have been more bold to talk with her about the choices. And also I must add, the patience of the local chemist that put up with my kid-in-a-lollyshop approach to buying photo-supplies from him—more, I fear of that story must follow 🙂

And anyway photography was a kind of like riding a bike, or bouncing a ball, it just happened as part of life. Bit like stamp collecting. You did it for awhile and then something else, flying kites perhaps, came along.

So I’d not have lectured said lad on the wonders of depth of field, or the charm of Chiaroscuro lighting. Nor would I have wasted the moment explaining how to ‘get ahead’ in a dog-eat-dog world of photo imaging. Nor would I have added, “Take up war photography, not weddings. It’s safer.”
And I’d not be inclined to mention who to avoid like the Robot in “Lost In Space”—Warning, Warning, Danger Approaching.
And of course I’d not bother to add why it would be necessary to learn the same hard lessons over and over again in terms of relationships with people.

My one piece,I think, would be, “Enjoy the Journey, don’t worry about the Destination”.

It’s been quite a three weeks of dreadful weather. Talk about Doona Hermit. So we decided the other morning, that a run to see how the Point Cook Black-shouldered Kites were travelling. We have three pairs of birds that began nests in the past few weeks, but the Point Cook birds would have likely flown. And.
They did.

It’s a funny thing about the ‘Enjoy the Journey” advice. It works. We were pleased to see the young kites well on the way to adulthood, but, the wretched weather beat us. Grey kite on grey sky is not a good look. Add rain, and cold wind, and well, coffee shop is the option.
Yet. As we began to drive out, I heard the familar call of the Brown Falcons, and so we stopped to have a look, and sure enough, Cassia of Cinnamon’s rather dapper white-chested male, had come in with a snack for her approval. By the time iAmGrey was parked and the doors were open, it was all over, so we followed them through the trees to where she had finished whatever delicacy had been offered.
Then she took off through the treeline.
I rather like this image as she is running on short wings as there is little room to manoeuvre through the trees. And we proudly drove away, happy that the pair were still in residence, and he was beginning the process of feeding her up for a nesting later in the year.
A new journey is just beginning.

Too much fun in the rain. 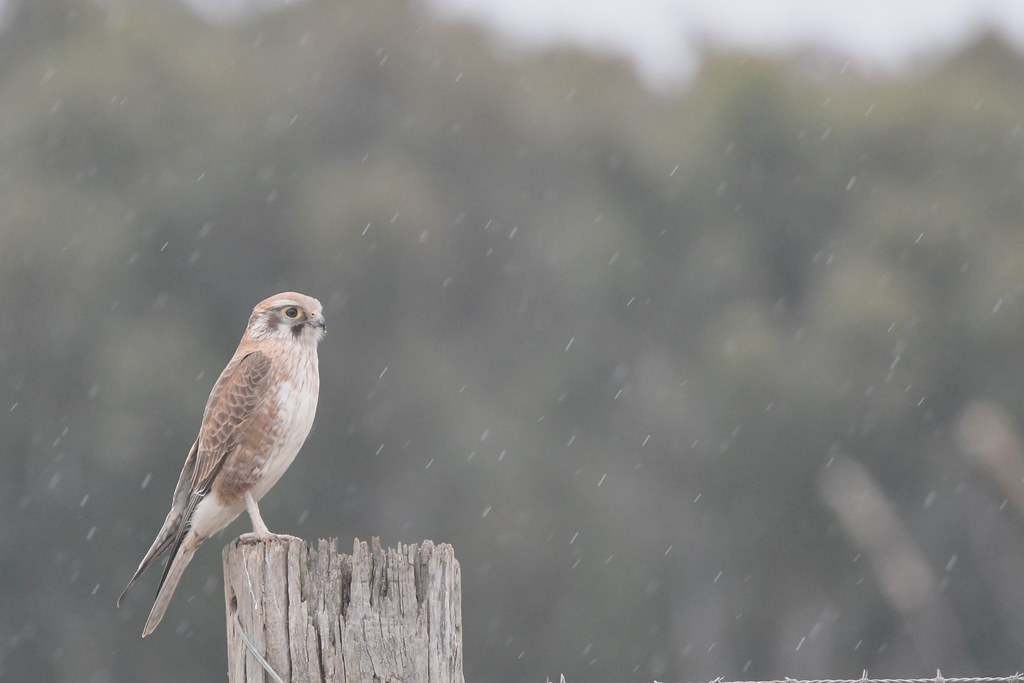 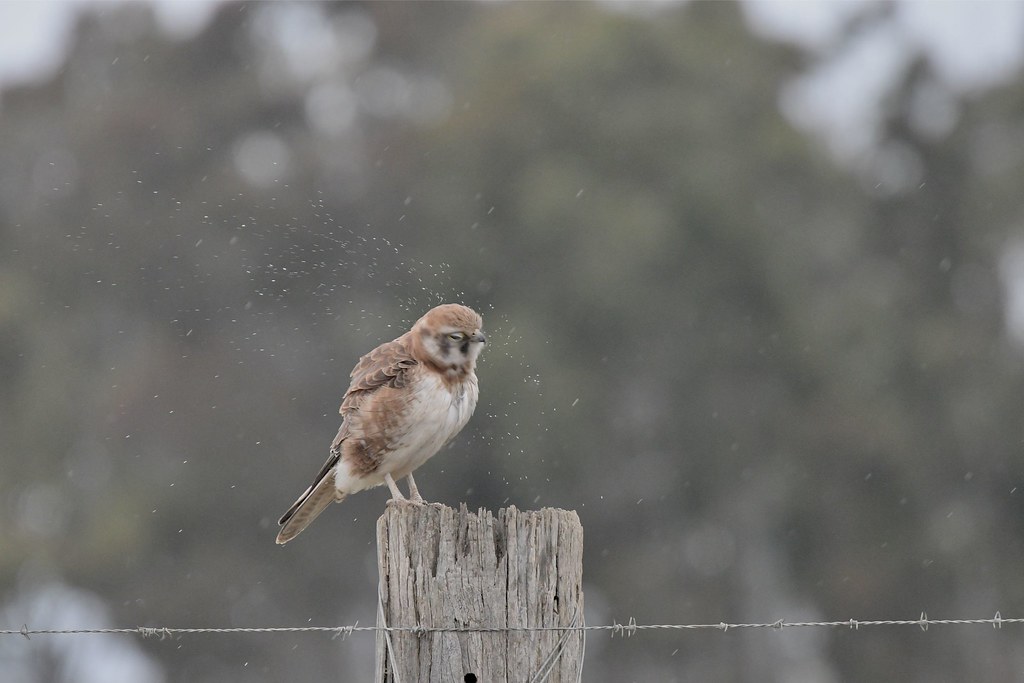 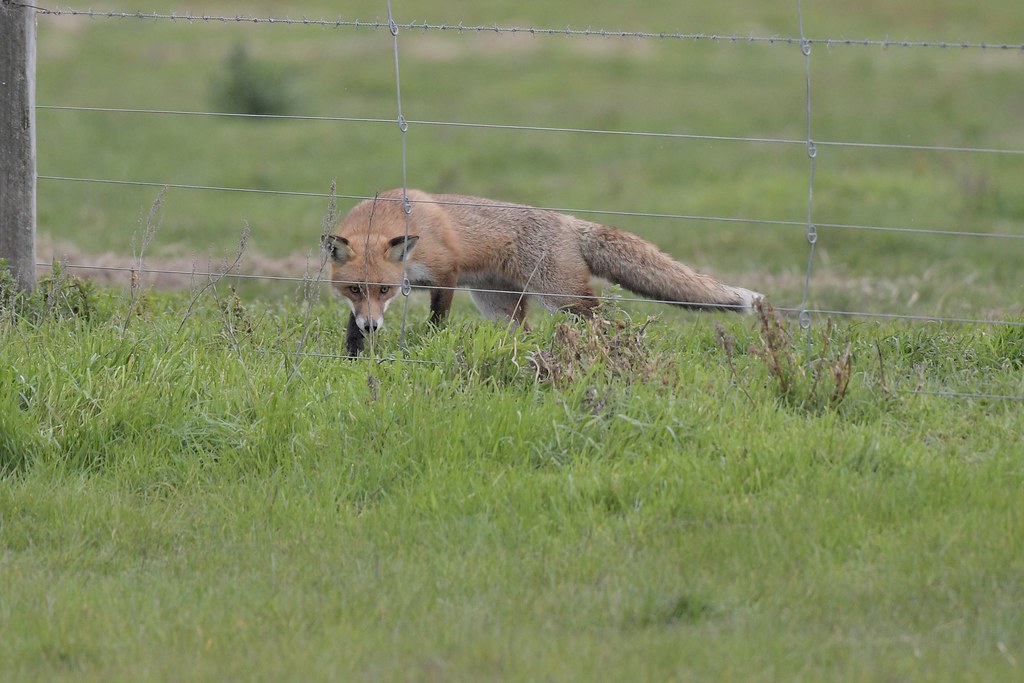