Fresh from enjoying an interlude with some very creative Galahs, we had an encounter with a family of Long-billed Corella.

We were on the way out to spend some time photographing birds.
As we turned out of the driveway, across the road we saw a flock of Long-bills.
The house opposite has a number of pencil pines in the front garden and the pinenuts must have just reached that precise moment of sweetness for the birds.

We had a choice, of course, to smile and drive on to our intended destination, or.

Not that EE is any stranger to cars on roundabouts.  Once some years back when we shot car clubs for magazines, she was sitting on a deckchair in the huge roundabout at Porepunkah in the state’s north.  About 25 cars were going, round and round the roundabout as she photographed them.  With much tooting and calling, as only car enthusiasts do.

But back to the present.

It was a challenge to try and photograph each bird, or to just concentrate on one or two as they enjoyed the feast.
The roof of the colorbond garden shed rang with the disposed seed pods, must have been enough to wake up the inhabitants. The Long-bills made quick work of the pine nuts and there was much cackling and calling, perhaps discussing the merits of each nut?

In the end, enough, was enough and with a few calls, they were gone. And we continued, somewhat belatedly to our previous journey destination. 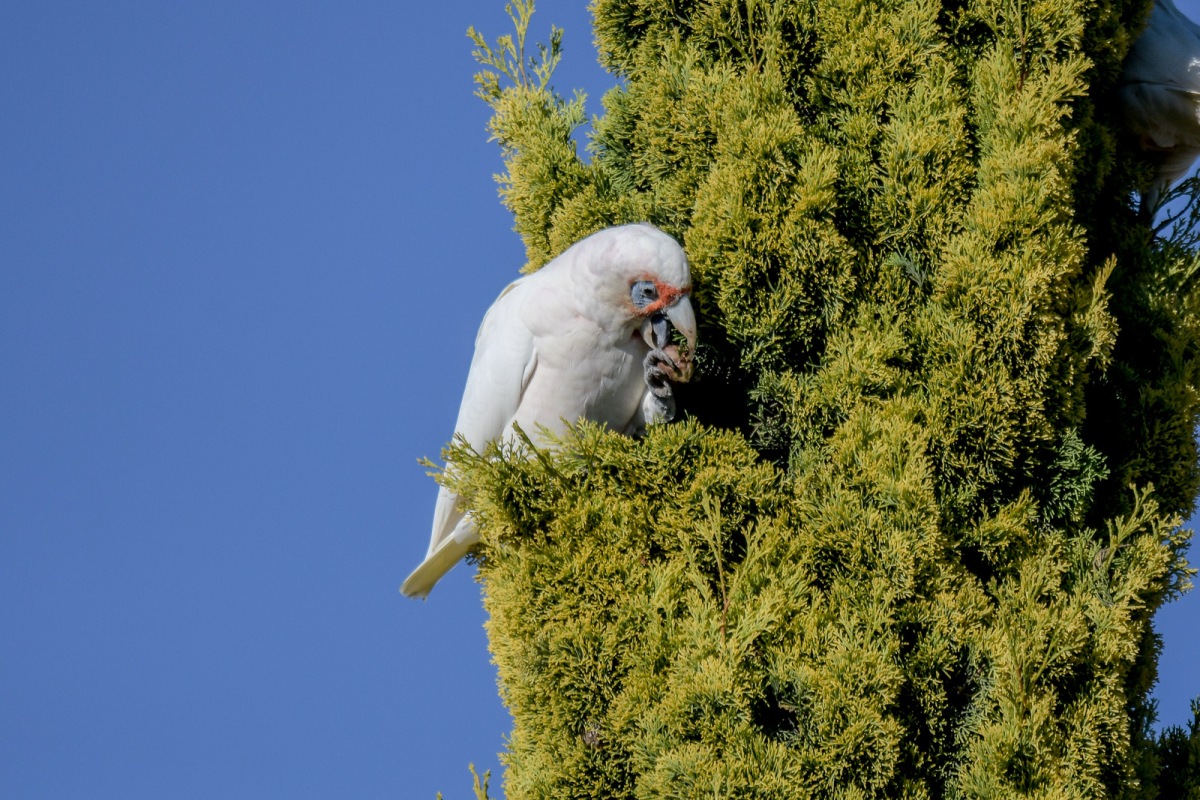 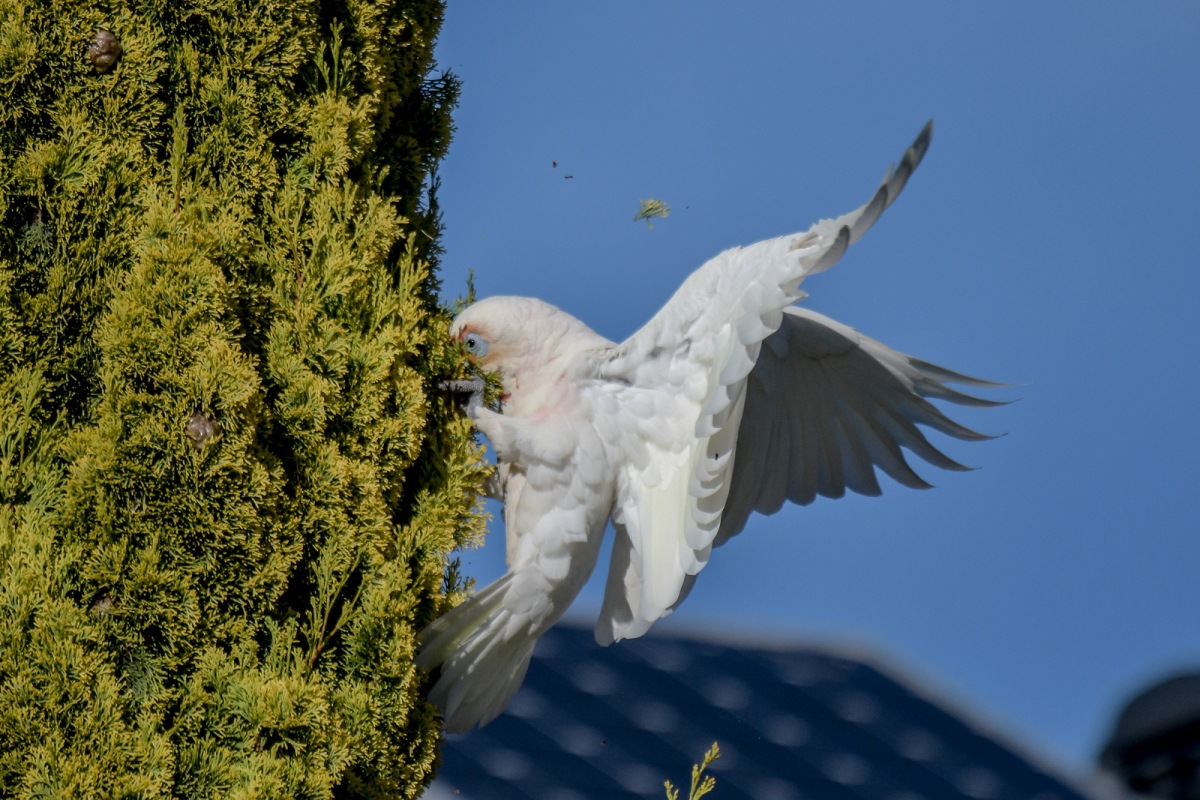 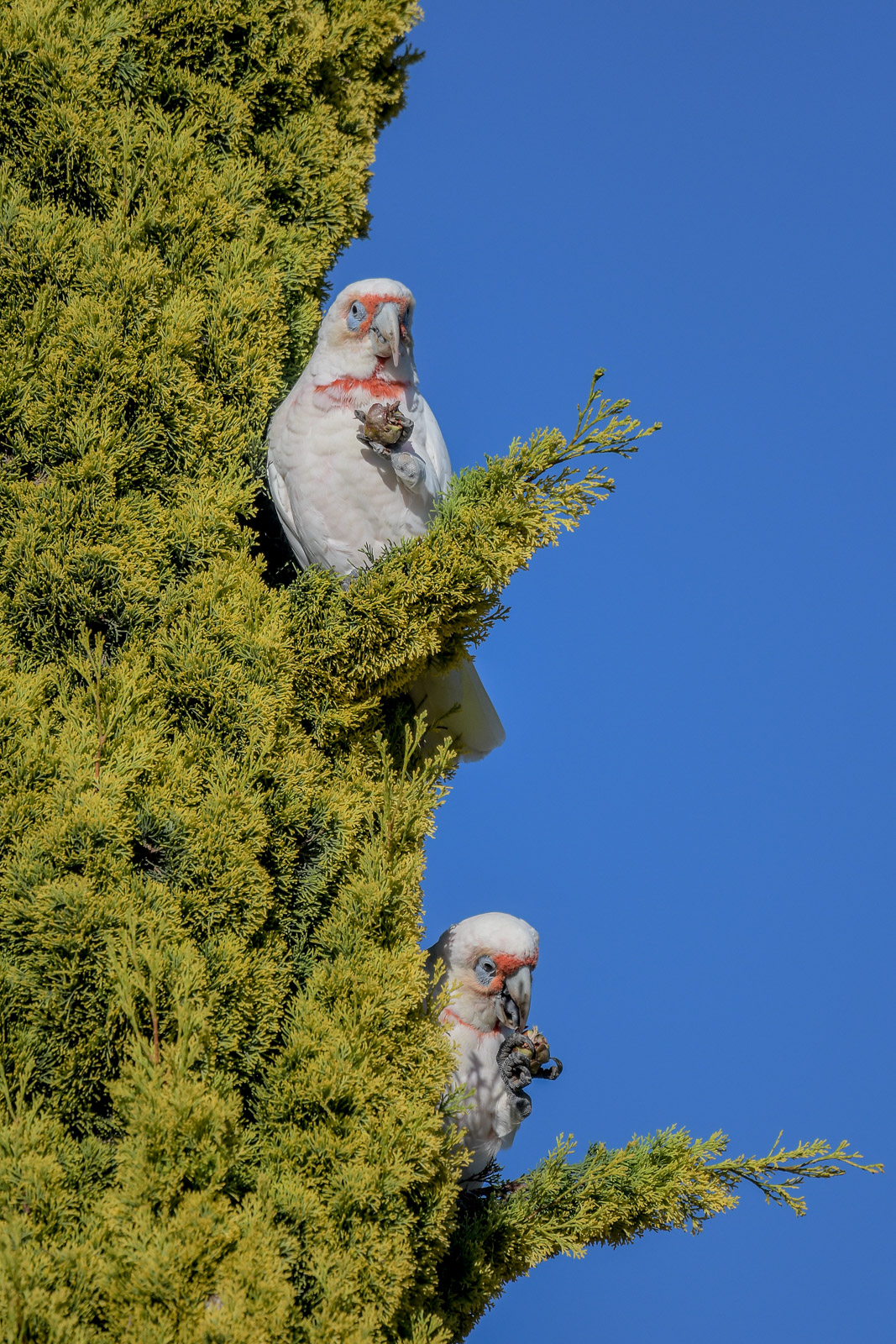 9 thoughts on “The Circus Came to Town”