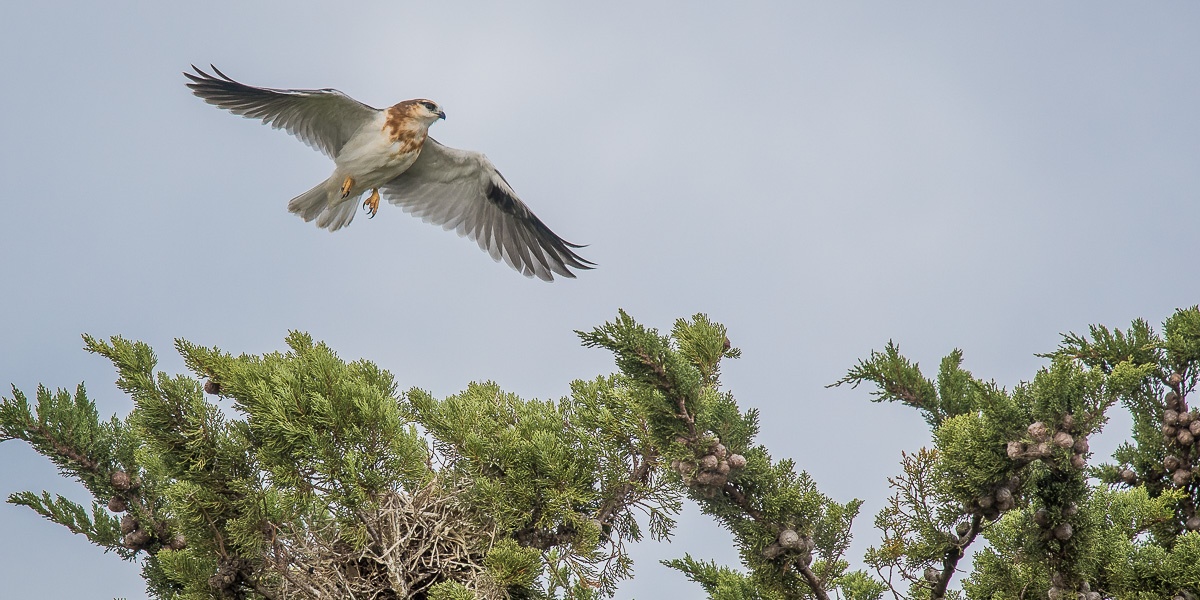 This series was shot a couple of years back.
EE and I had been working with a pair of Black-shouldered Kites for over a year, and they had managed two successful nestings.

The nest was at the very top of a small pine tree inside a farm paddock, the birds would often fly out over the roadway where we were parked.

Just about fledging time a troupe of Black Kites moved into the area and took great interest in the young ones sitting high-up out in the open.  This resulted in some great aerial battles by Mum and Dad, yet the Blacks persisted in coming back and getting closer.
Of the three young in the nest, one was obviously a few days ahead of its siblings, and while not a great aeronaut yet, it could fly well enough to look after itself.

On this morning the Black Kites were even more intense on their attack, and swooped right over the remaining nestlings.

Mum and Dad flew frantic missions to see them off, but were not having much success.
It must have gotten all to much for the Little Warrior, as it burst out of the trees and joined in the foray.  Dad then had a new problem, and that was to hunt the young one away from the far more skillful Black Kites.

However the young warrior was not having a bar of that and continued to press attacks against the larger birds. What the big birds thought of it would have been interesting.  But it tired quickly, and needed to drop down on to the tree for a rest, followed very closely by one aggressive Black Kite. Fortunately nothing came of the attack, and the bigger birds became bored and like teenagers in a shopping mall, moved on to see what else they could find.

Dad flew out and caught a mouse, and quickly returned to reward his Little Warrior.

10 thoughts on “Moments: The Little Warrior”