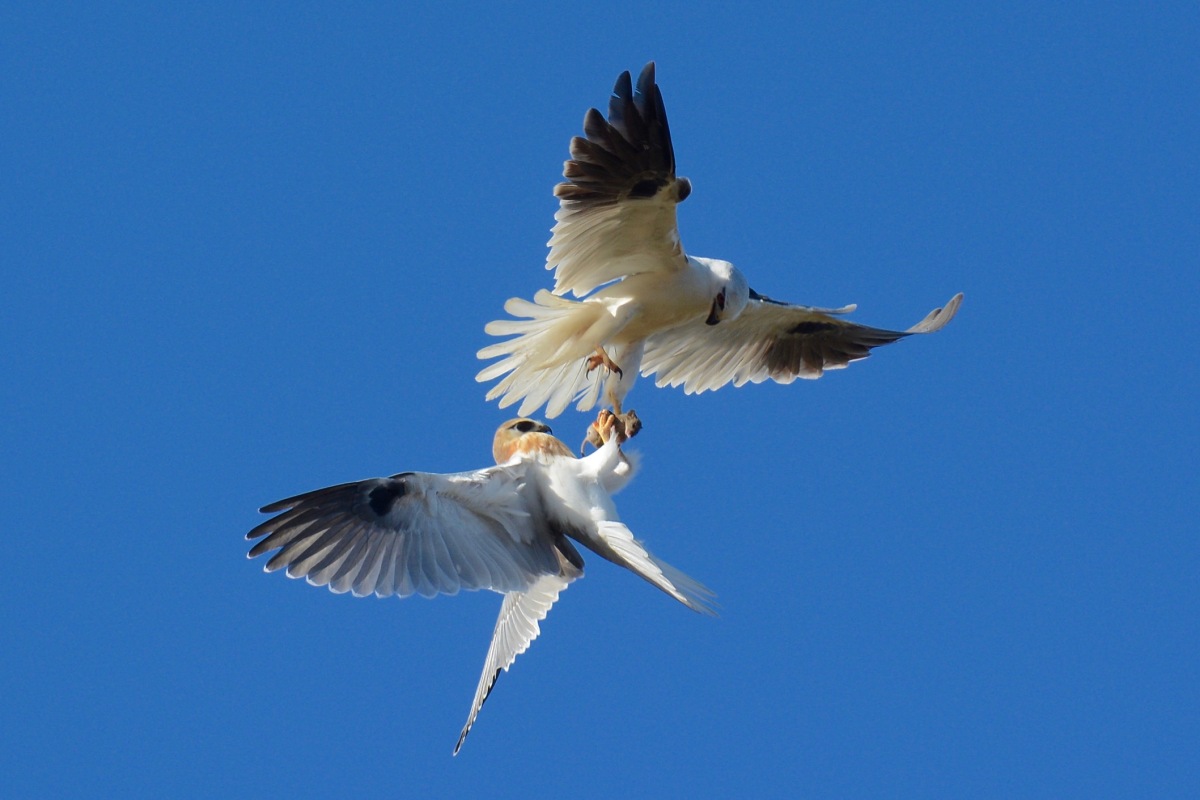 Now that Kitty and Kalev-the Brave, have their two young on the wing things get a bit more interesting.
Learning to be a Black-shouldered Kite is not a copy book exercise.  There are lots of practical things to be considered as they develop not only their wing power, but also their ability to read the wind, find mice, learn to hunt, how to hover, and the myraid other things that are needed to make a Black-shouldered Kite successful.
Among those things are off course the ability to sit very quietly and unobtrusively on a perch. The thinner the better it seems. 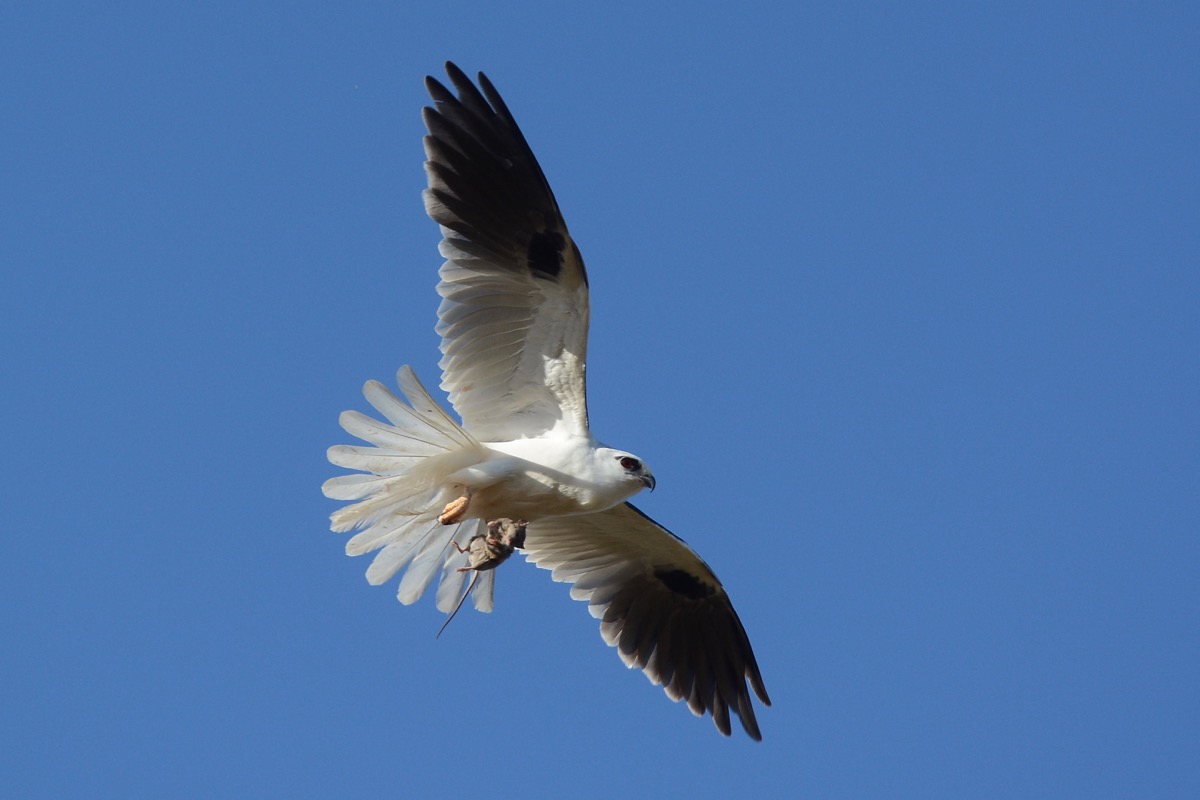 They also need to develop the co-ordination of all the math behind placing themselves in the best postion with relation to their speed/angle of attack/movement of intended prey or perch and all the complexities of moving wing/body and legs to achieve all that. Time after time.

We’ve found them the past couple of evenings invovled in this seriously important range of actitives. The older of the two, is quite noticably larger, and a little more adept at the flight business.   No doubt the size alone indicates she is a female.  The smaller male is still a little unsure of some tasks, but seems to be a quick learner.
To keep the young students at their task, Kalev-the Brave flies in with a mouse snack from time to time, and now they have learned to take the mouse from his hovering (quivering) extended foot.  At first it was pretty much a hit and miss, mostly miss operation.  Poor old Kalev gets knocked about a bit as the young kite is unable to control both direction and slowing down to make the transfer.  But practice makes perfect and both young are quite fast learners.

All too soon this will be over, and in the next couple of weeks  or so, we’ll see the last of them as they head off to pursue their careers elsewhere.  But in the meantime, we enjoy the training. 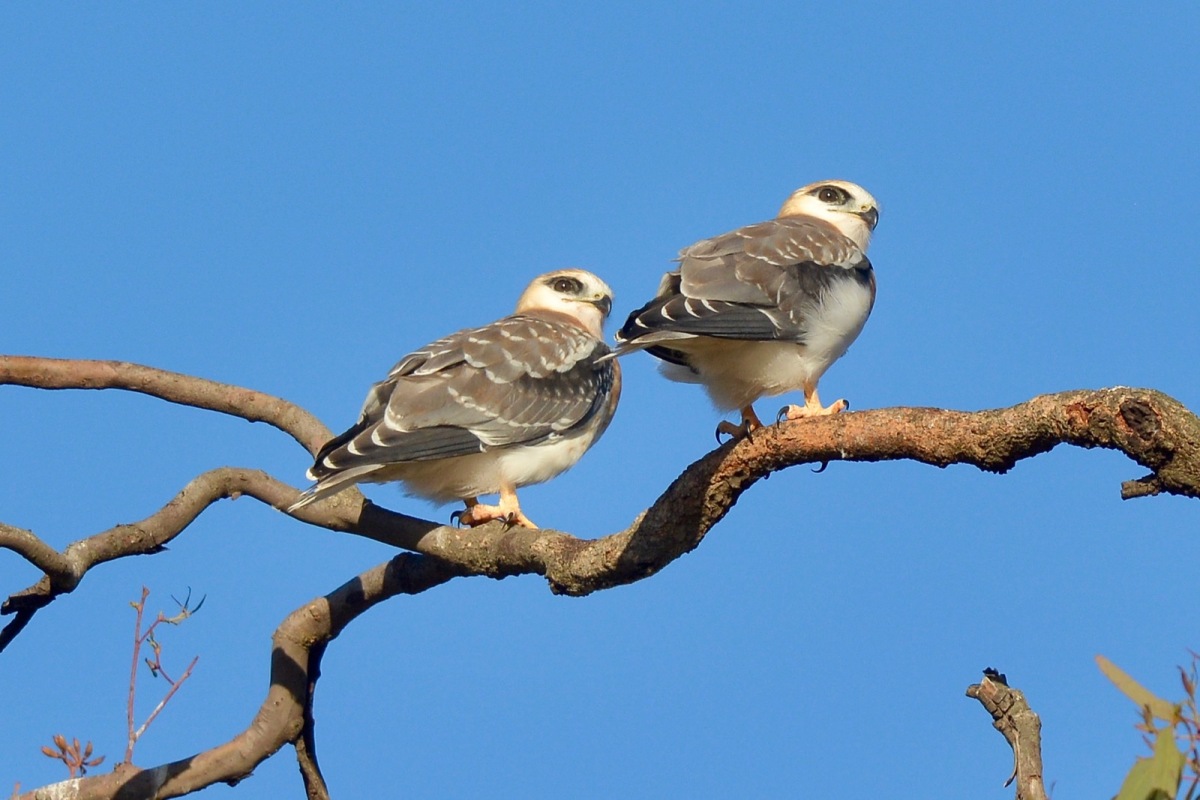 12 thoughts on “Training up the Kids”