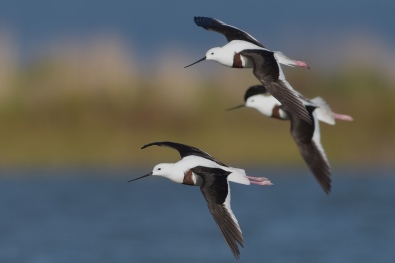 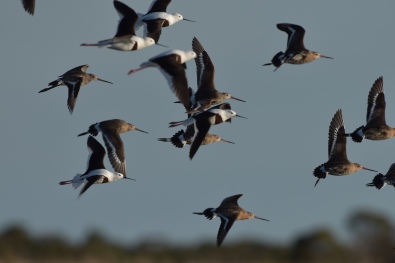 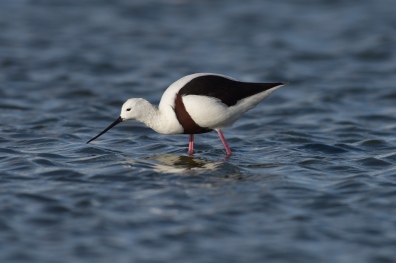 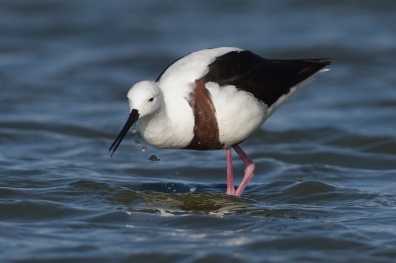 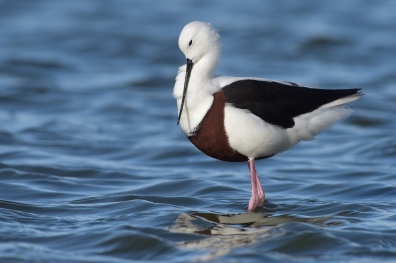 Time for a bit of a preen 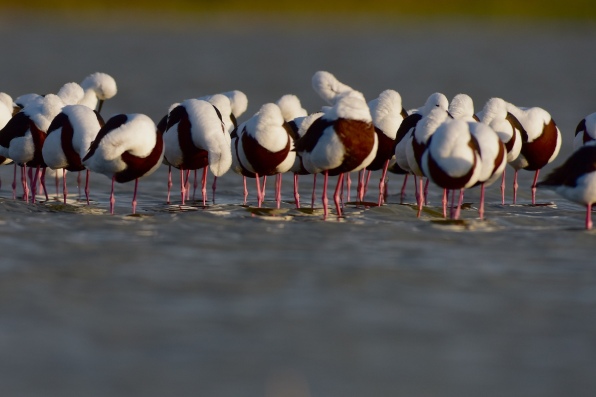 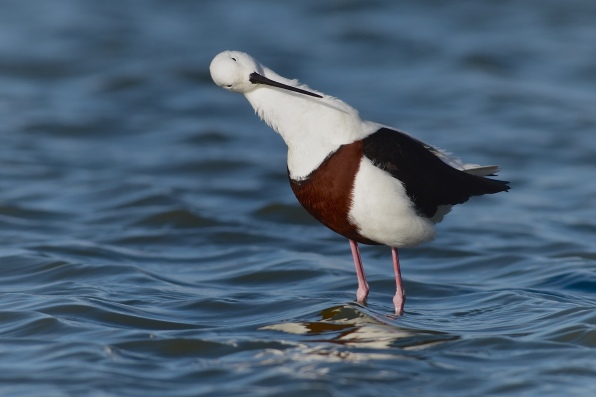 A great time to tidy up the feathers

I wonder what the collective noun for Stilts is?    Decided that it might be, in this case with Banded Stilts,  well, Band of.

So we spent an evening with a Band of Brothers. On one of the ponds at the T Section at the Treatment Plant we found the Band working very quickly through the water. I settled down in the grass on the water’s edge and was able to have them feed up quite close, and without being distressed at my presence.

They fed for about an hour so, and then for no really apparent reason, first, one by one, then gradually more and more, stepped into a shallow part of the water, and began to preen, to stand one-legged and a few tucked the beak under and began to sleep.  Eventually the entire Band had pulled up and was loafing in the evening sunshine.

Then just as quickly, and again for no apparent reason, they rose on the wing, moved down the pool about 300m or so and settled into one last feeding routine before sunset.
I walked back along the bund and photographed them from the roadside.

There were a handful of Black-tailed Godwits most in full breeding plumage in the same area, and it was interesting to note the difference in feeding habits.

A  most pleasant way to spend an evening, stretched out on the grass, on the muddy edge of the pond.   In the end my knees and elbows were saturated, but I’d had learned a little about how the Band worked.

One thought on “A Band of Banded Stilts. Evening in the sunshine”