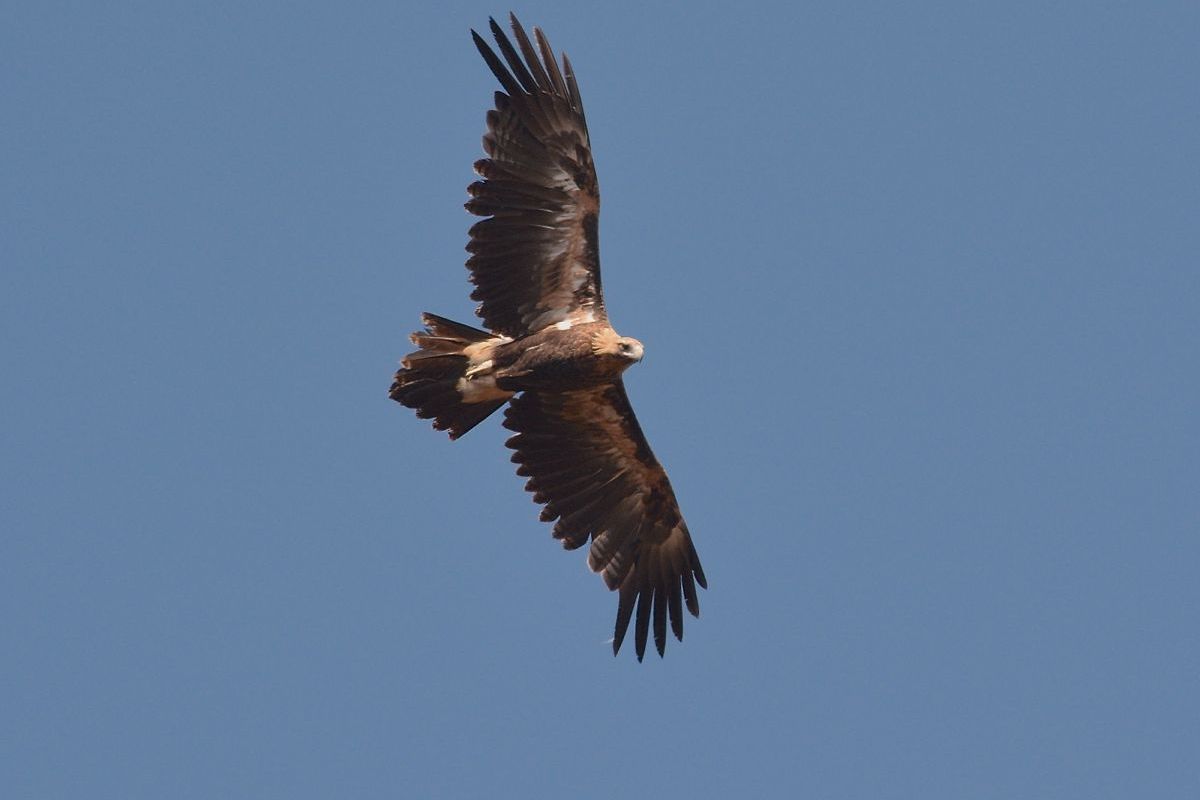 When I coined “Birds as Poetry” I had some pretty specific ideas of the images, and the stories I’d be working to share.   As it turns out the birds took over and the excursions, “little day trips”, became the norm.

On Friday, I had cause to reflect on the original intention.  We were standing in the open on the side of the main road up to the peak at the You Yangs, (Flinders Peak), and a large black form took up all the sky overhead. After much pointing from EE, I managed to get the world back in perspective and there just over the trees above us was a Wedge-tailed Eagle, completely engrossed in its work. It was searching for an air current in the early morning light, and no doubt it knew where the current would be rising, it simply circled to find the updraft.

Which from our vantage point gave us plenty of time to take some pictures and then to simply put the cameras down and become engrossed in its mastery of the air.  It dawned on me then that the grace, skill, shape, texture, and activity of the bird was why we go out.  It’s that magic of the feathers against the air, the lift of the wings, the turn of the tail, the flexing of the wing angles, that are so magnificent and awe-inspiring that despite how many times we see it, and how many times we can do the math to explain it, the sheer raw ability of the bird to control all those elements with such seemingly ease, just brings us to a jaw-dropping halt as we enjoy vicariously the wonder of flight.

and that in a nutshell of a load of inadequate words is the delight I wanted to share with “Bird as Poetry”.

For perhaps 5 minutes the bird worked its way from air current to air current along the ridges. First turning wide out, and then running close along the cliff sides.  Then up, and around and another run. A Brown Goshawk, came out to challenge, but the speed, control and lift of the eagle made it a non starter, it went off to pursue its own activities  and the black flying barn-door simply drew its wings and moved on.  Neither of us recalls seeing it wing flap once to control the position. It simply wafted through the ups and downs of the air-currents.

In the end, it lifted vertically to a great height and  headed of across the You Yangs plains.  It huge head twisting right and left as it searched below.

We both breathed again, laughed at our good fortune and contemplated both, the elegance, and the command of the air, and how much better our day would have been had we decided instead to visit a shopping centre and listen to dreadful music, loud mobile phone conversations, be pushed and jostled by fellow shoppers, be assailed by the wails of small children who couldn’t get their way, and breath stale air-conditioned air.  Nope,  Eagles just don’t cut it 🙂 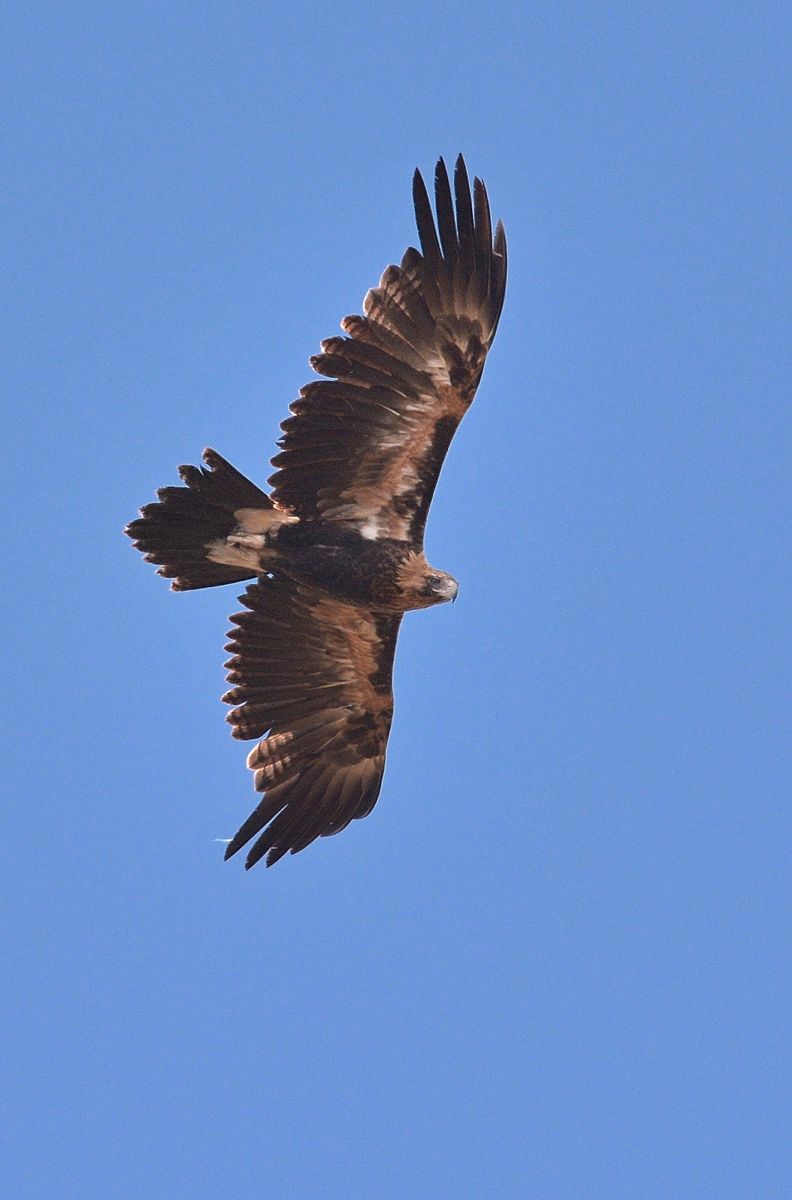 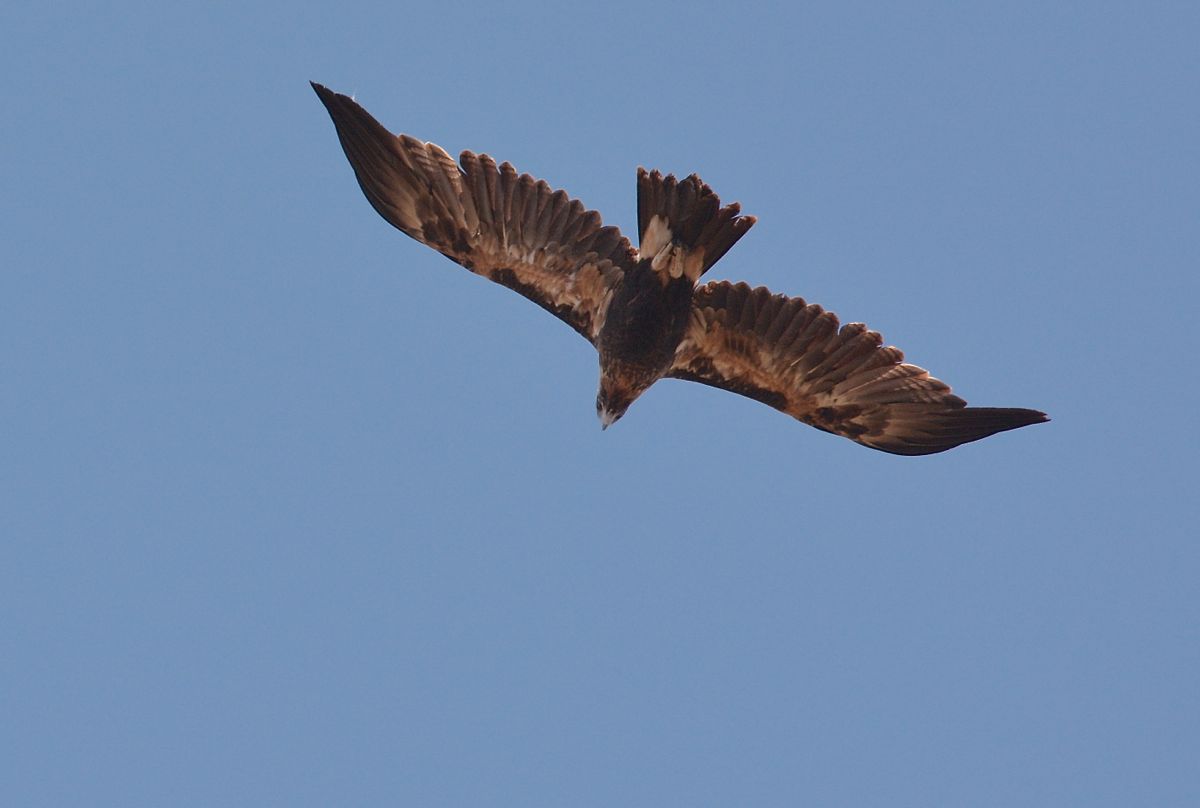 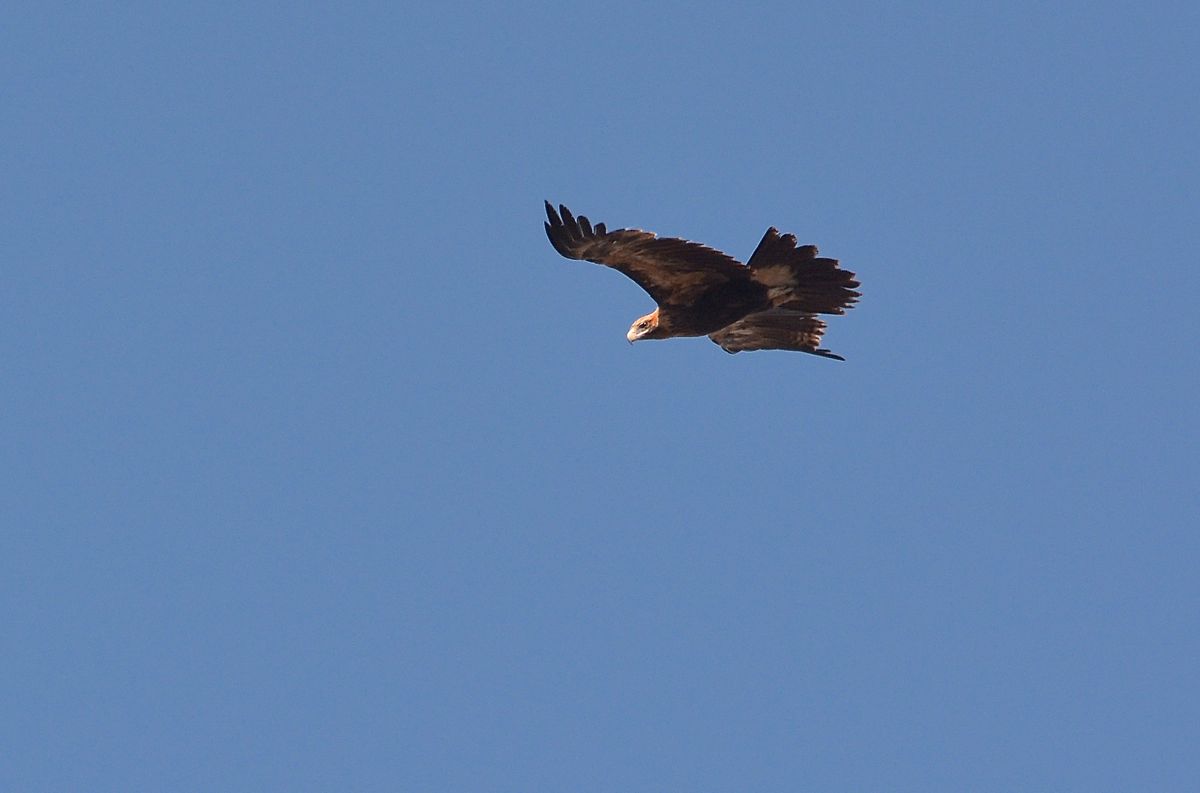 2 thoughts on “On Eagle’s Wings”