We decided on an early trip to the Western Treatment Plant. I don’t like the early morning light as you’re driving into it and so all pics are backlit. But, the weather man promised doom and gloom for the pm,(and for once he was right), so we took our chances.

Mr An Onymous and I had spotted an Australian Hobby up on the road to Ryan’s swamp, so I was all prepared to give it another looksee when we noticed Two Hobbys (Is the plural Hobbies?) on the trees near the pump house.  So we stuck around, but the light was against us, and also the distance to the trees. But we thought it a good start to the day.

As we went past the tree line near 65W Road, a Hobby was sitting surveying the ponds.  From this tree, I suspect it can see most of the Treatment plant as its amongst the tallest trees in the area. So another quick photo session we moved on.

Just where the road doglegs around Ponds 35E, Dorothy spotted a young Black-shouldered Kite, and she set out to make some pictures.

We’ve worked out its not much good two people harassing a single perched bird, so I stayed with the car, and as there was bush full of active Fairy Wrens I thought I’d was a bit of time following their activities. After about 5 minutes, they went quiet. Really quiet and disappeared. So did every other small bird. Before I had a chance to work it out, out of the corner of my eye, a grey arrow of wings and a “Thud” on my left. Turning about, I found a Hobby sitting on a branch about 2 metres up and about 2 metres from me. In one talon a hapless sparrow, that only a few seconds before had been amusing me with its antics with its friends.

It had obviously planned the attack to end in that tree, but hadn’t been able to calculate my presence.  Startled it glared (can bird glare?) pondered its opportunities and took off.  Of course all this happened against the light, so any hope of those prizewinning shots was dissolved. But I got a few action pics to make up  for it.

The Hobby had landed in a tree about 2 metres from me. Because the trees around and above were a canopy, there was no way out for it. The trees on the left and above meant it couldn’t fly out and up. and the 3metre bushes on the right (where it had snagged the sparrow), were another barrier. So. Its only way was out past me. It choose to leap and go low to get speed. Hence this shot. Once past me, it circled around and gained height over the trees. Then flew of to feed its young one.
Mind it was all over before I had a chance to think about it.

I think this was an adult bird as it flew 50 metres and met a younger bird with much screeching and it took the sparrow for another trip up and down the roadway before landing in a suitable tree to consume its breakfast.  I ambled around to get the best light, and as I did the Hobby was accosted by a Willie Wagtail. Now most times Willies throw themselves into the act of removing unwanted visitors with abandon. Falcons, Kites, Ravens and Harriers are all the same to this little agitated bird. But not this Willie, and not this Hobby.  It was very careful about its every attack. Staying quite a few metres out of range and running quick scolding attacks, but not getting anywhere near the Hobby. Very smart Willie. Given the young bird was holding a sparrow, it wouldn’t have taken much to add a wagtail to the morning’s feast.  In the end discretion did not become the better part of valour and the Wagtail sprang on to the Hobby’s back, to be repulsed by a wing wag.  In the end, the Wagtail went off to find something else to do.(Most unusual as they most often win).The Hobby settled down to removing the feathers from the meal.
They flew in all directions in the breeze, but a lot of them ended up in a spider’s web in the same branch. Sort of formed a curtain for its activities.

By now I was settling in for some good shots, when a car came along the road.  All to much for the Hobby and it was airborne. Too far to follow in the long grass. WTP being renowned  for its slithery creatures.

I went over to the car driver and explained that she had scared off my subject. She replied, “Well the Black-shouldered Kite was gone, and I came to see what you were doing!”

Then to top it off on the way back a White-bellied Sea-eagle on a fence post on the 85W lagoon road made for a good conclusion. 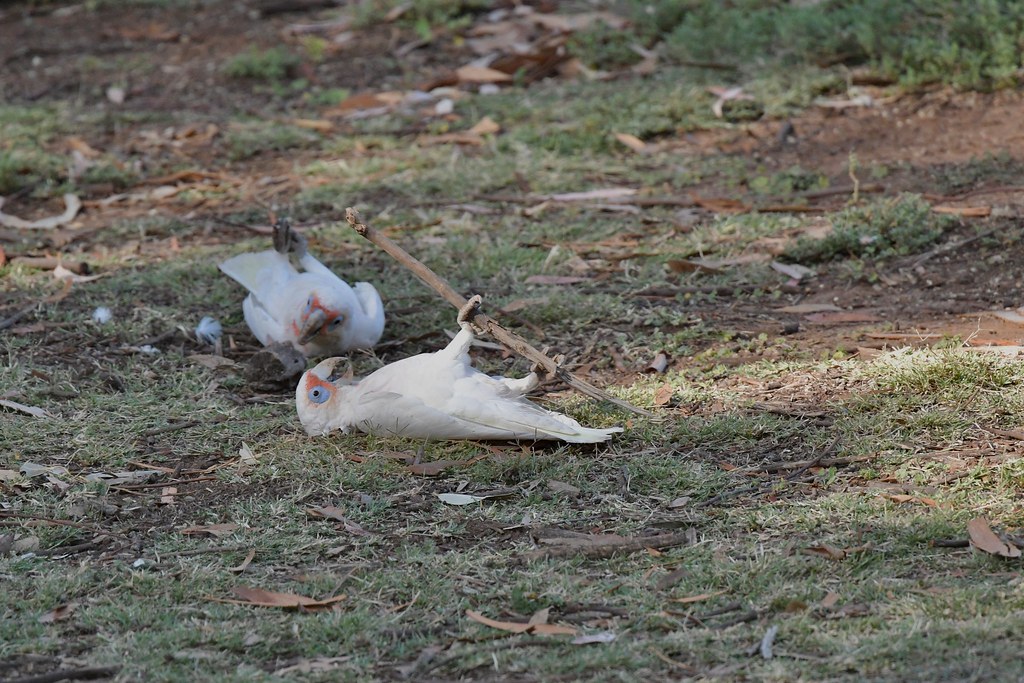 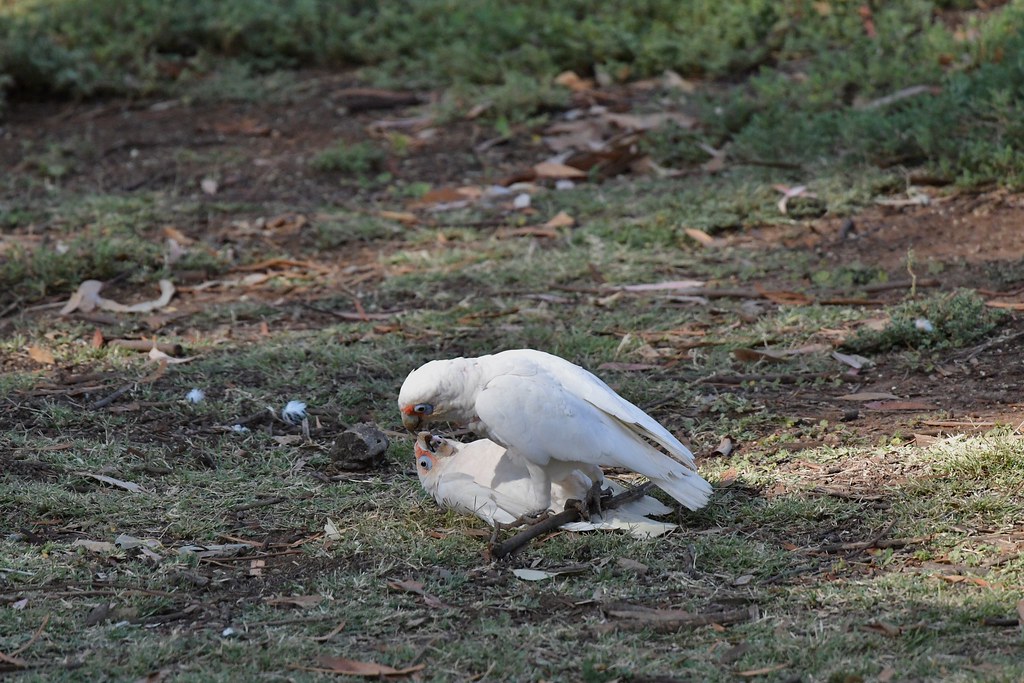 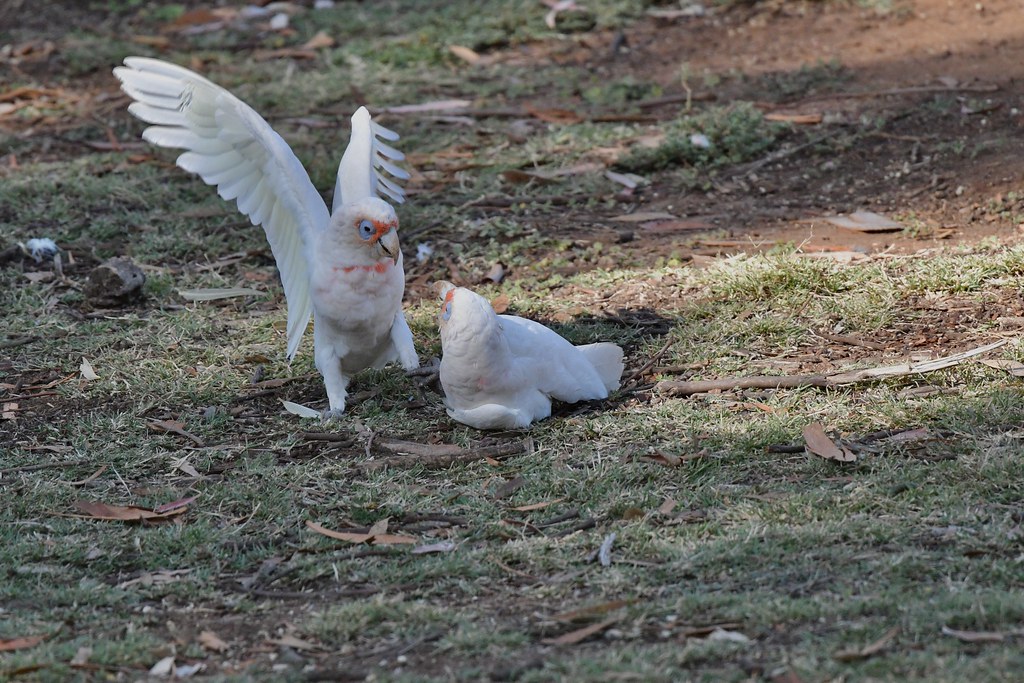