I had, finally, thanks to lockdown restrictions easing, journeyed over to Camera Exchange. My trip was to complete a deal we’d commenced back in July, and had been forced by luck of lockdown to put on hold as I couldn’t get over with my gear to exchange nor pickup any goods that were part of the exchange.  I mean, that is how exchange works. (isn’t it)
So after exchanging some of the Queen’s Legal Tender, (is it the Queen’s? or the Australian Government?) either way, Ryan was happy to relieve the bulge in my wallet and gave me a shiny new carry case to put in iAmGrey to transport home again.

Thinking it would be nice to see in the shiny case, and to give its contents a bit of a test run, I had to pass by Point Cook Coastal Park, and decided that a quick trip to the beach should be enough to see put the contents of the shiny case to good use.

However when I arrived at the beach area, the birds had different ideas and only a few gulls and a lone White-faced Heron were in residence.   But I got to play with the kit, and as time was of the essence, I moved on.

Partway back to iAmGrey, I heard a familiar call, but not one I’d ever  heard at Point Cook before.  So it was time to investigate.
The noises increased and I suddenly could count, not two, nor five, but 14 Rainbow Bee-eaters. Not a bird we’ve seen at Point Cook before.

No doubt they were not moving in, but were simply topping up with fuel on their annual trip down the coast to a suitable nesting location.  Just behind the You Yangs is one of the closest I know of.

Rainbow Bee-eaters in our area generally nest in dry creek-beds burrowing into the sandy banks to form their nesting chambers.  Most of the sites I know of are either on restricted access parks, or on private property farms. So it’s not unusual to go the whole season and not see or photograph them.

No doubt they were not going to move into the park here, but would be on their way over the next couple of days.  So I had to make the most of what I has available.

A few days later,  Mr. An Onymous, and Ms. In Cognito, EE and I stopped by for another look, and of course not a bee-eater to be found.
Such is the Karma of birding.  I’m thinking of a note to Ross to tell him the shiny case is a good piece of kit, and more importantly it attracts birds 🙂

At least the bee-keeper who has some hives in the area would be happy that they had travelled on. 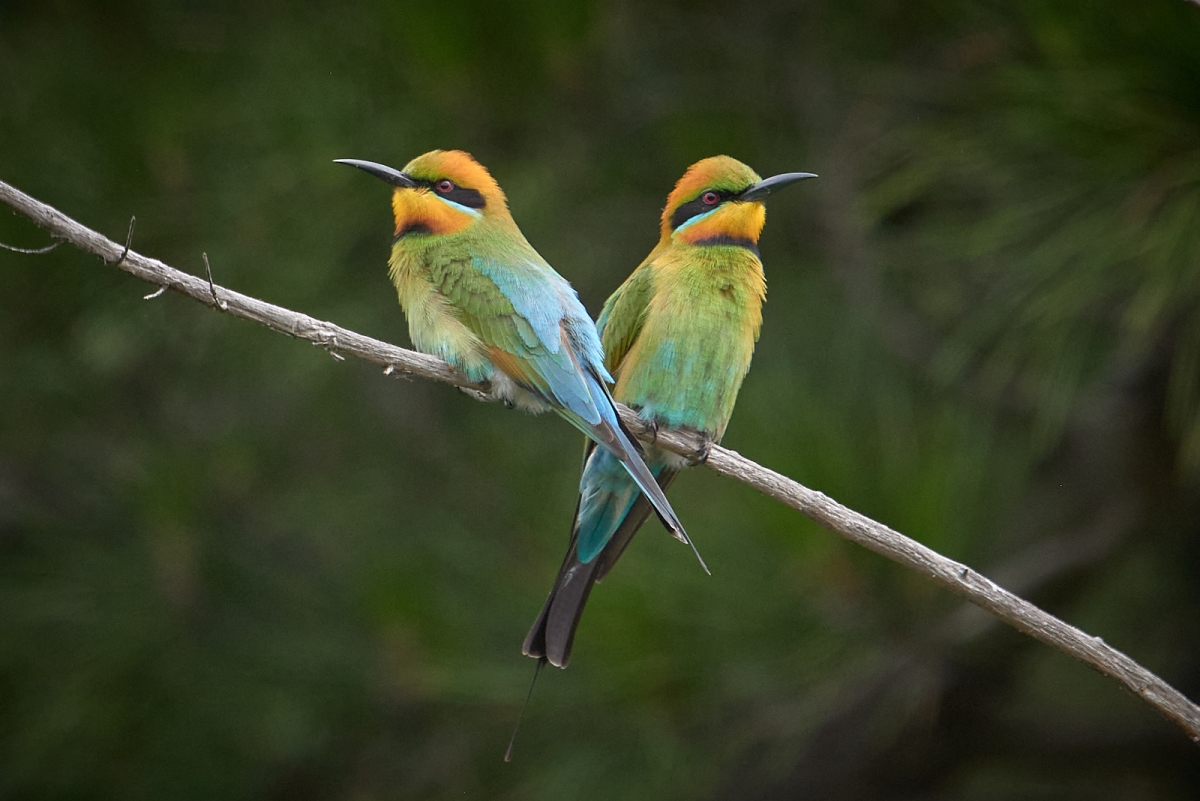 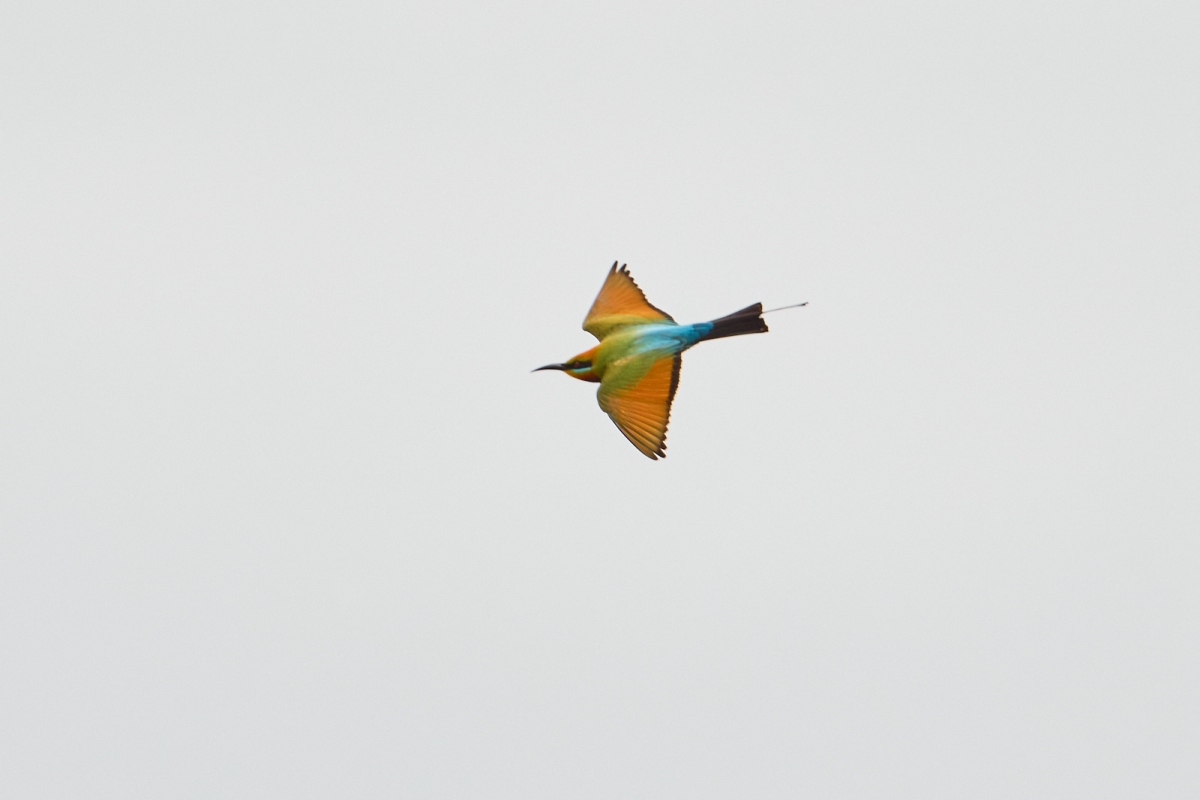