Rim Lighting: The technique gets its name from the fact that lighting a subject in this way produces a thin line or ‘rim’ of light which appears to cling to the subjects outline. Using rim light lifts the subject from the background in images rendered predominantly in shadow.

Another from the old “Lighting” notebook.

Rim lighting at its very simplest, isolates the subject from the background. It has the wonderful ability to bring out and emphasise the shape of the subject.

A light source is always behind the subject, a fine line of light following the subject’s shape.
It can be a mood of drama, mystery, strength and isolation.

An instructor I worked with early in my photo journey used to say of studio work, “First we put in a rim light, then keep adding lights to bring out the quality of the subject.  When that balance is correct, we stop and make the exposure.”

For outdoor portraiture, or product photography, that light is almost always the sun. It’s one of the reasons we work early in the morning with hard raking light to give long shadows, or in the late afternoon as the light dances through the dust and atmospherics at the end of the day.

Then, exposure is always something to contemplate.  Not always easy to add light to a bird in shade, or in deep shadow of full sun. Enter fill-in flash, or even a reflector of some sort, and by the time it’s all setup, the bird has either flown, or died of old age. 🙂

Willie Wagtail was out and about in the early morning sunshine.  To my delight it chose to stop on a nearby limb with the light streaming toward me.  Against the shady darker backdrop, the ideal setup for rim lighting made me stop and take notice.

I love this light enough to share a second image for Saturday Night.

Different lighting indeed.  Early morning, but overcast. My little hero, of the broken nest, was encouraging the girls in their rebuilding of a new nest.

He was under some overhanging branches and the light was pretty close to non-existent. So it meant  slower shutter, larger apertures and greater ISO. But in one of those lovely quirks of nature, as he turned on the old branch,  enough light came from the open areas behind him to trickle just a little light through his translucent fluffed-out feathers. Who said photography is difficult. 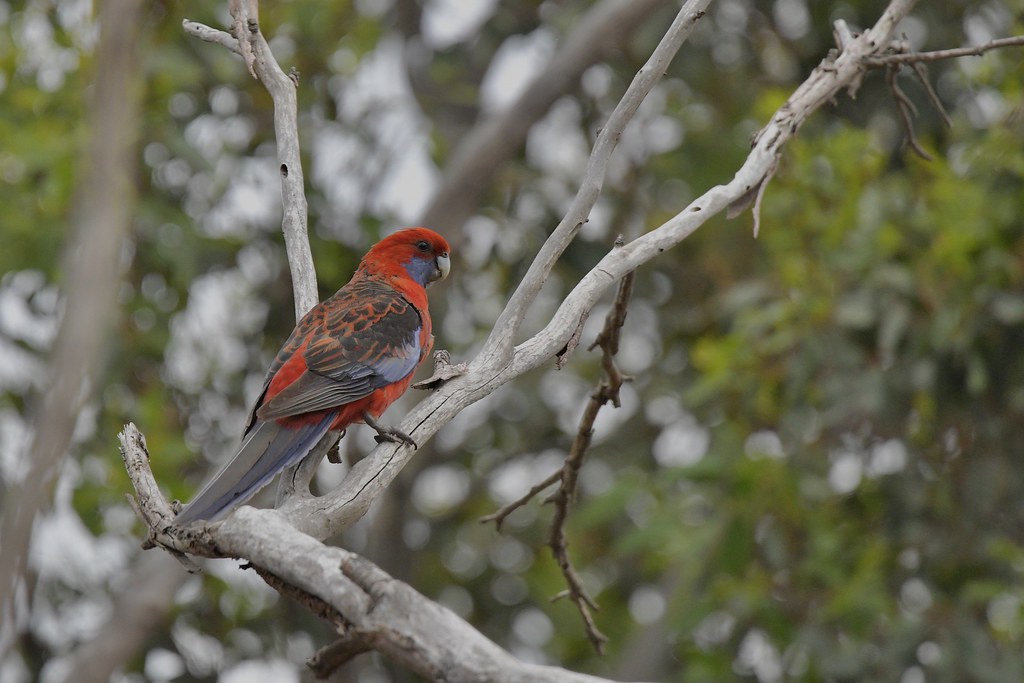 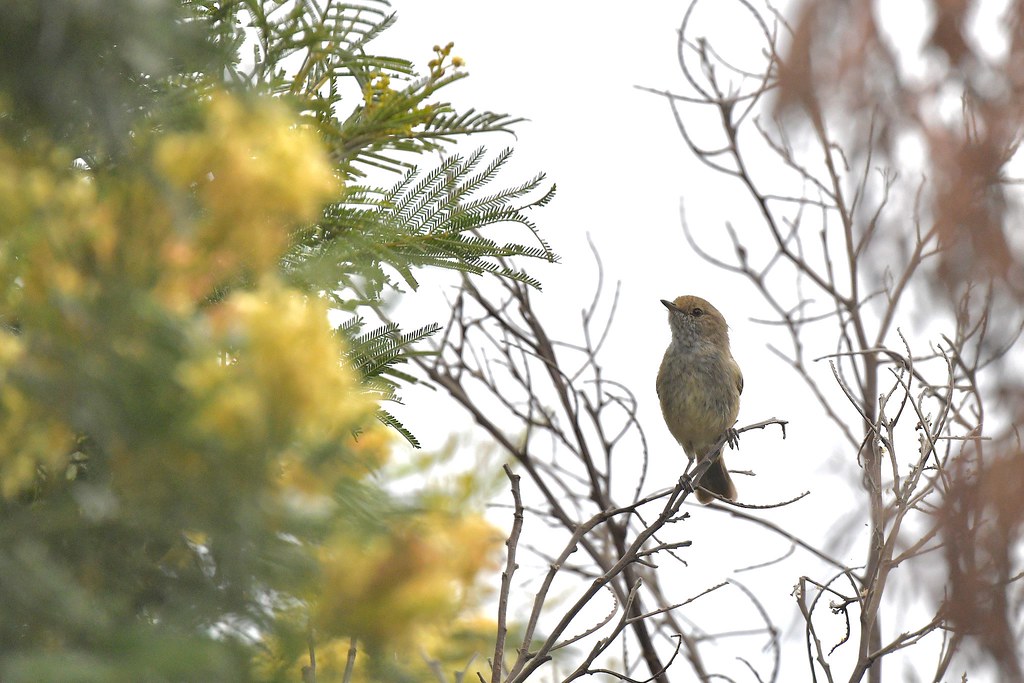 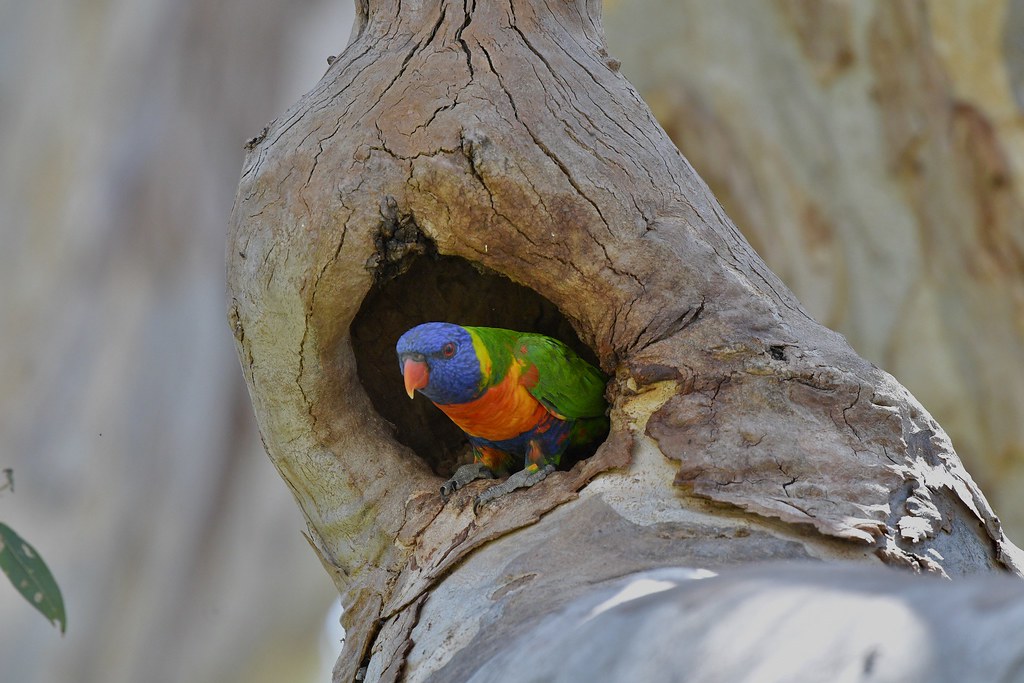