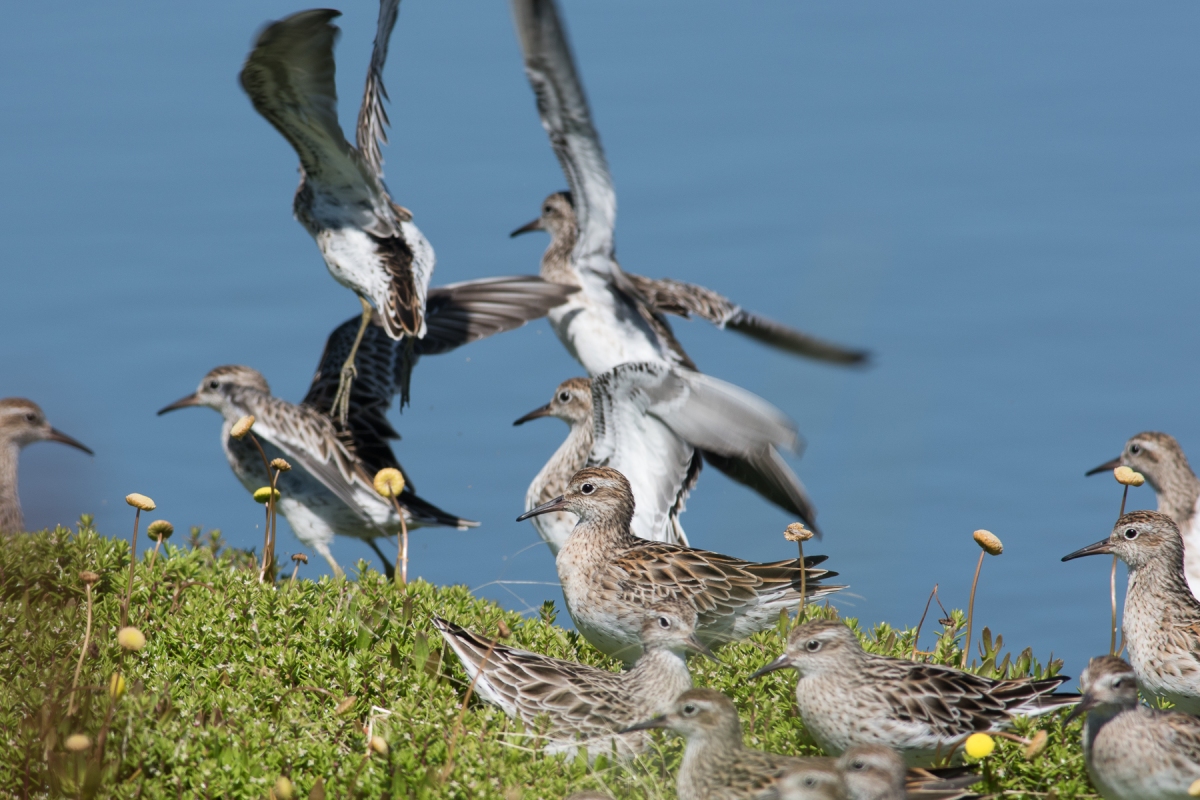 Mr An Onymous has remarked from time to time on his bemusement at water birds that spend all their time hunting, and standing about in the water, to spend some time bathing in the stuff.
Seems to him, that its a bit incongruous for a ‘water’ bird to then take the time to use the water to bathe, given its already dripping wet in places.

Which brings us to a fine warm morning at the Western Treatment Plant.
The waders that visit over summer are now getting the first signs of the travelling bug biting.   Its time to pack on as much weight as possible, and to conserve as much energy as possible.
So as the tide comes in, and the mudflats are covered with water, they retire inland to some of the safer ponds and settle in for a long sleep, and a bit of a preen. No doubt feathers need be tip top for the long flight ahead.

There are a special set of small ponds near the Beach Road entrance the plant that almost always attract them in great numbers.  Plenty of soft grass, the safety of rocks and small islands and water that is only knee deep for a dotterel.

And because they are trying to conserve energy, they are a little more approachable.   I managed to quietly slip off the side of the road and working my way through the grasses come up pretty close to a large clutch of Sharp-tailed Sandpipers, loafing in the sun.

The water in the ponds has come up a few centimetres of late, and I was not able to get a really low down water level shot without actually being in the water, so I opted for wet knees and elbows and hoped the water would not rise up through the grass and saturate me all over.

The Sharpies decided that with such nice sun, it was time for a bath. One by one, they stepped off the grasses and into the water for the tentative bobbing into the water then settled down like great big sponges, and simply soaked up the water.   Which was then sprayed over all in close proximity.  Finally a few wing flaps and a jump for joy, and the bird moved out of the way and the next one took up the challenge.

After about 20 minutes, and my knees and elbows turning strangely bleached,  I rolled over back up the grass to the roadside.  They didn’t flinch a feather. 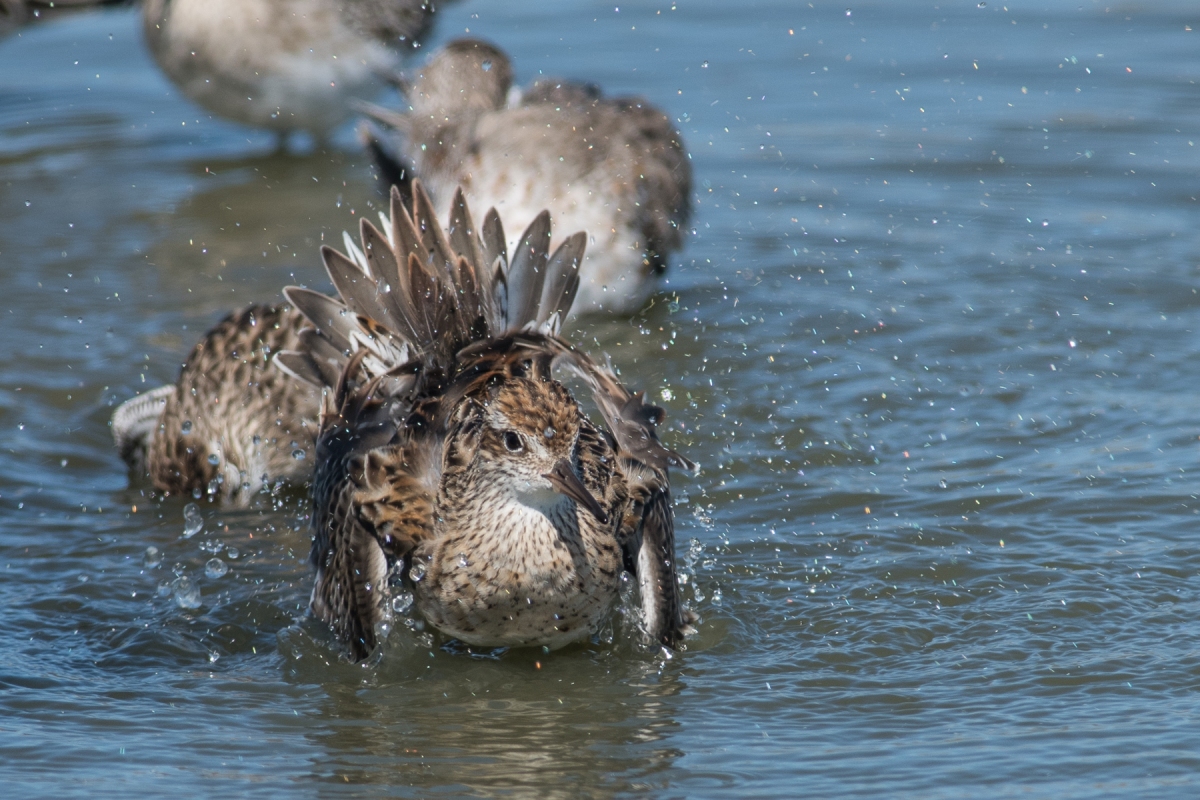