This is one of those posts that’s a bit out of sequence.  Just had other things to post.

A couple of weeks back we had a morning free and decided to go and visit with our friend Ambrose, the Rose Robin.

He had decided to winter over in a small patch of scrub away from the highway, and near a used, but not well maintained track.  To get to it, we’d follow the track a bit, then move onto some well formed Kangaroo pads.  The ‘roo pads are easier to walk, and they don’t waste any uphill/downhill meandering.  Very energy conscious is your Eastern Grey, so they tend to take the easiest way along a creek line or over a ridge.  Their number one rule: “Don’t loose height, and avoid the thick scrub”  So its usually pretty flat, and always interesting walking.

When we got the stand of wattle that Ambrose had called home, I was pretty flabbergasted to find that some local “Landcare (?)” group had decided to clean up the undergrowth and pile all the logs, sticks and leaves into one great big heap at the end of the stand.  Of course this meant for the birds, all the normal perching, hunting and hiding places were now removed.   I could just imagine how this happened with a handful of ‘community’ minded folk ‘taking care of the scrub’ in their area.  No doubt with motorised “Bush Whackers” to clean up the offending leaves, grass and stubborn undergrowth.  And there would have been of course the good natured yelling and joking with one another as they scoured the tiny moss beds with the equipment, dragging of logs, and stomping with boots.  All to go home at night to their respective dwellings, having completely ruined the environment for the winter overing birds.  It would be like going to their house,  piling all at the furniture and belongings in one corner, and then emptying out the pantry too.!

Any wonder then as we stood there in the  Landcare (?) equivalent of a moon scape that the usual Thornbills, Wrens, Flame Robins, Whistlers, Honeyeaters and Fantails, were not only no where to be seen, but not even heard.  A pity as this little block of wattle had been a bit of a honeypot over winter.

After 20 minutes of sitting and listing, it was pretty obvious that the friendly character of Ambrose was also not going to make an appearance.  In protest, I redistributed a handful of the “Landcare (?)” pile of logs across the moss beds, and we decided to go elsewhere.

As we were swinging out of the wattle stand, across the open area I spied a flash of grey and magenta.   He was there.   I don’t do bird calls, either vocal or recorded (see the sidebar), but I feel confident enough with this bird to talk to him…   And he came over.
Now if Robins can do indignant he had every right I reckon, but he simply chirruped  (It’s a bit like a single note on a mouth organ), and began to hunt around the tops of the wattles.  Occasionally coming down to see if I was following.  For the next half an hour or so, this delightful little bird graced us with his presence, stopping to pose, and happy to turn his head when I spoke. I know I’ve quoted Jon Young before, but here he is again:

If we don’t barge in and kick up a big flock of frightened birds – if we replace collision with connection, learn to read the details, feel at home, relax, and are respectful- ultimately the birds will yield to us the first rite of passage: a close encounter with a bird otherwise wary of our presence.

So we sat and chatted, he hunted, entertained us with his chirrup, and ultimately sat on a stick a couple of metres away and preened.  He hunted so close at one stage that I said to him, “If you get any closer, mate,  you’ll be in my pocket and I’ll have to take you home!”

In the end we had to say goodbye and I could hear Jon Young again:

To understand we must slowly but surely expand the sphere of awareness and shrink the sphere of disturbance by learning and practicing good etiquette. We begin to start seeing and hearing more birds.

Hello Ambrose, hope you’ll be polite enough to come back next season.

6 thoughts on “Off to see Ambrose” 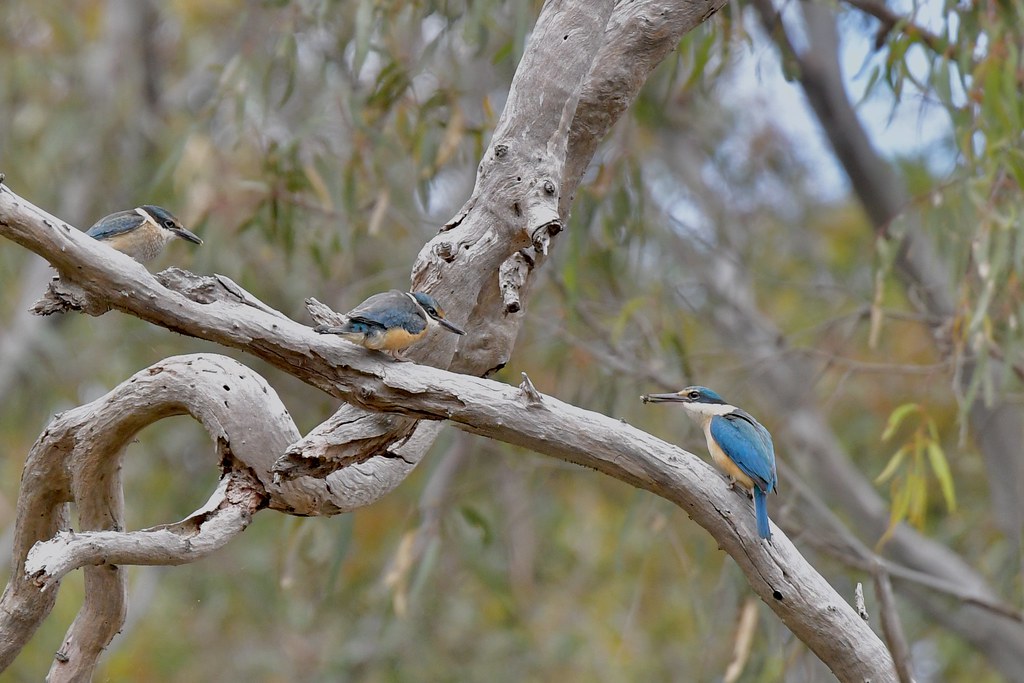 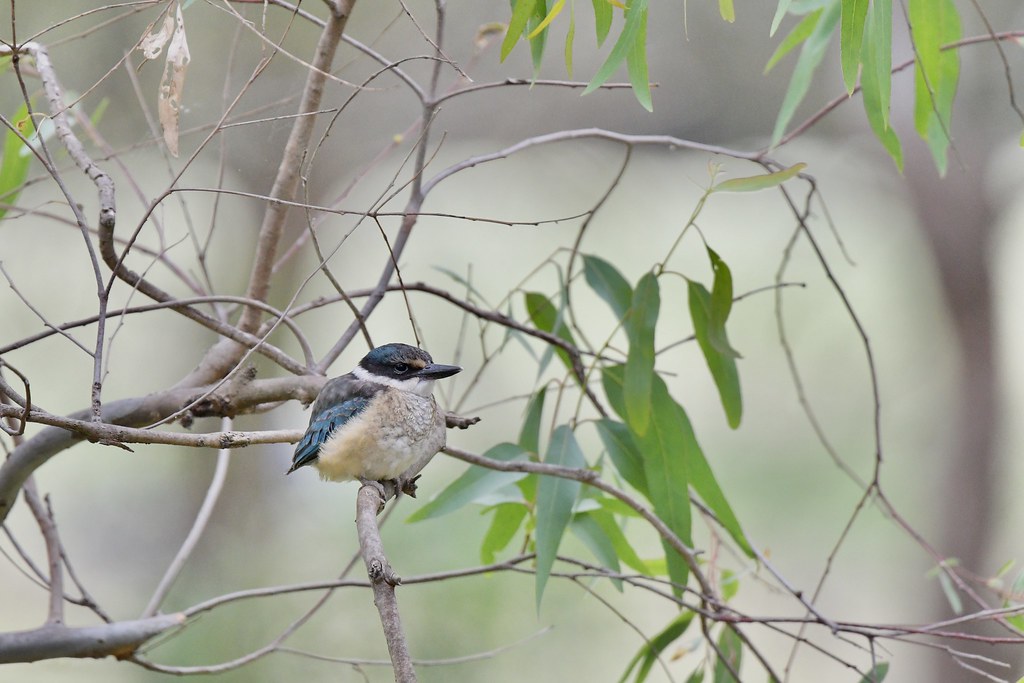 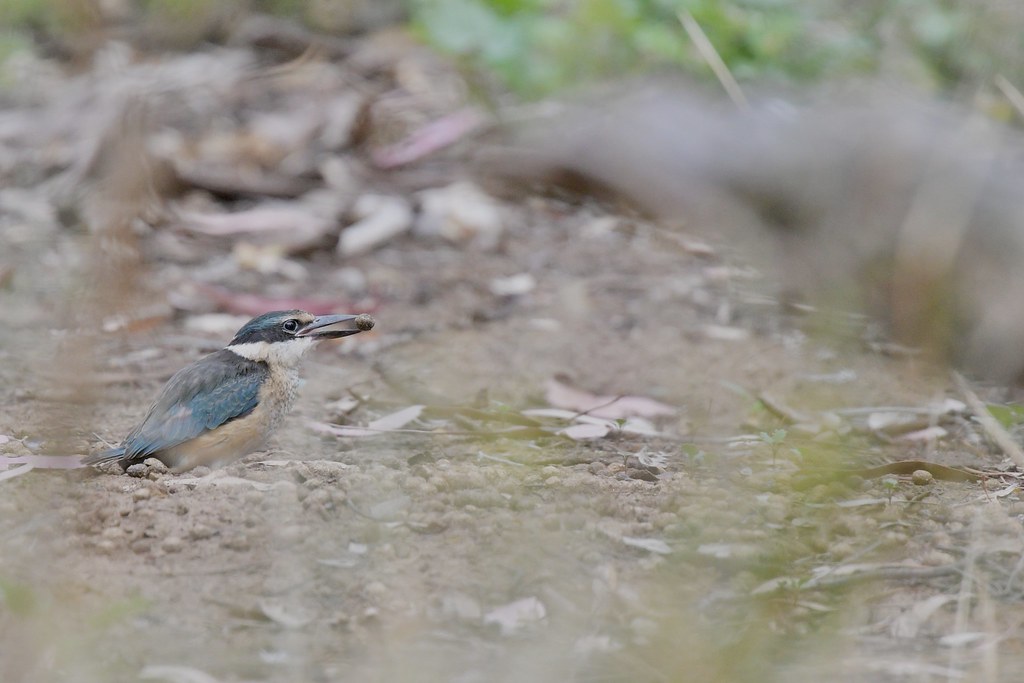